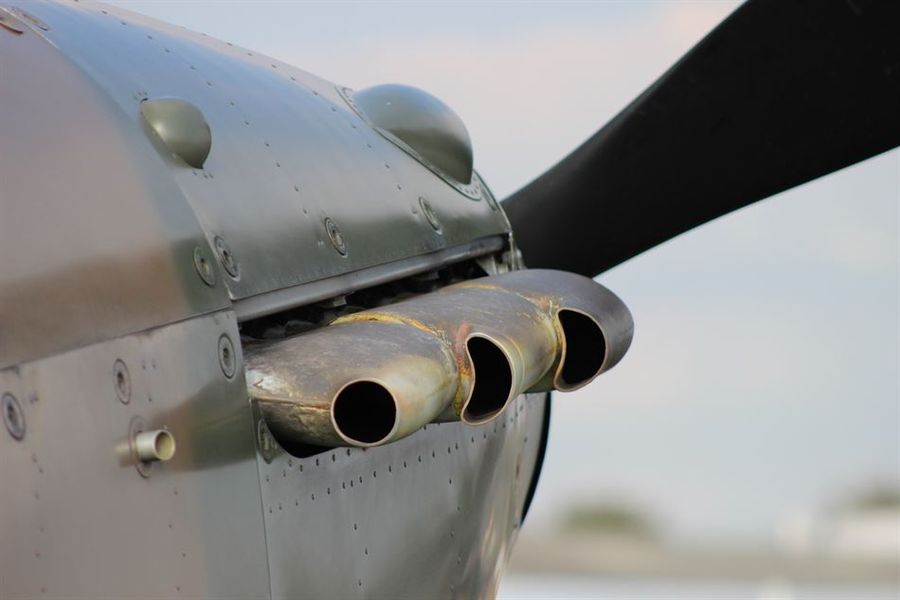 Right back to Ray Hanna’s amazing low level Spitfire pass at the every first Goodwood Revival, aviation has been a ket element to the event and a reminder that Goodwood's links to aviation stretch back to Freddie March, the Ninth Duke of Richmon. A keen pilot, who used to fly aircraft of his own design and manufactured from the grounds of Goodwood House. Upon the outbreak of WWII, he made land on the Goodwood Estate available to the military to aid the car effort.
Known as RAF Westhampnett during hostilities, Goodwood was home to 43, 129, 145, 602 and 610 squadrons, operating Spitfires, Hurricanes and North American P-15 Mustangs as a relief base for nearby RAF Tangmere.
The first operational sorties by fighter groups of the US Eighth Air Force were flown from Goodwood, while ace fighter Tony Gaze was stationed here, winning three medals for gallantry.
After the war, Tony Gaze persuaded Freddie March to convert the airfield perimeter road into a race circuit. Opened in September 1948, Britain's first post-war motor race at a permanent venue was held here at Goodwood. Later, a civilian airfield was opened on the site, which continues to operate to this day.
The Freddie March Spirit of Aviation, now in its tenth year at the Revival, celebrates Goodwood's indelible links with aviation. It is firmly established as a world-leading conocurs d'elegance for this aircraft built up to 1966, celebrating the very finest in aviation design. It is one of the highlights of the Goodwood Revival, which is the world's largest annual historic motor racing vintage culture event.
This year over 30-aircraft have been invited to the event, representing a wide range of pre-1966 aircraft never before seen at the Goodwood Revival. These include...
A de Havilland Chipmunk which was first down in 1947 and is the oldest still flying of its type in the world. It is a previous winner of the King's Cup Air Race and is being shipped to UK from Canada to celebrate the 70th Anniversary of the Chipmunk appointed as Aviation Ambassador Aircraft for the Canada Aviation and Space Museum.
A Ryan SCW245 which is being shipped from Australia. This aircraft is the only one of this type outside the USA still flying in the world.
An Albatros DV was the last in line of Albatros fighters and remained in service until the end of the First World War. This aircraft is a replica DVa and was built in 2015 by the Vintage Aviator Ltd in New Zealand and is finished in the colour of Leutnant Baumer and is most noticeable for its distinctive Edelweiss painted on the fuselage.
A Blackburn B-2 is the type's sole survivor, and is operated by the Shuttleworth Collection at Old Warden.
This year's Goodwood Revival runs from September the 9th to the 11th.
Spitfire Ray Hanna the Ninth Duke of Richmond Goodwood Revival Freddie March