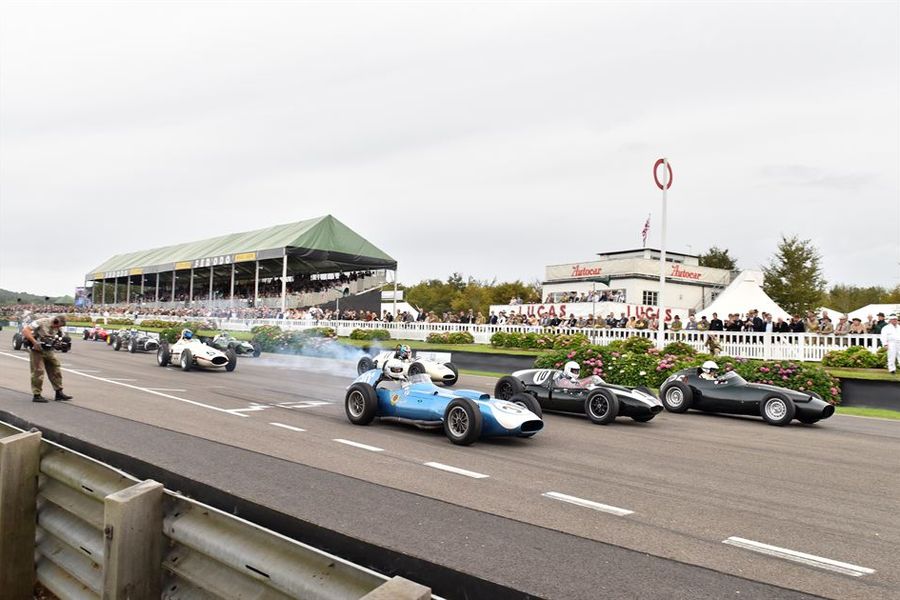 Goodwood has today announced provisional dates for the 2016 Festival of Speed and Revival, ahead of tickets going on general sale on the 5th November. The Festival of Speed, which celebrates the very best from the past and present of motoring and motor sport, will be held on 23rd to the 26th of June, 2016*.
As usual, the event will open with the Moving Motor Show on Thursday, 23rd of June, featuring many of the world’s largest motor manufacturers showcasing their latest models, alongside exciting and innovative concepts. From Friday-Sunday, 24th to 26th of June, the famous Goodwood hill will be taken over by a glittering collection of the greatest cars, bikes, drivers and riders from the history of motor sport.
The Revival is the world’s largest and most celebrated historic motor racing and vintage culture event, bringing back to life Goodwood Motor Circuit’s glory days as an active race track from 1948-66. It will take place on 9th to 11th of September, 2016*.
Key highlights of both events, including the Festival of Speed theme, will be announced in the coming weeks.
Tickets and hospitality packages for both events will be on sale to Members of the Goodwood Road Racing Club on Saturday, 31st of October. Those on the GRRC waiting list will be able to secure their tickets from Monday, 2nd of November, while tickets will go on general sale on Thursday, 5th of November.
Tickets for the 74th Members’ Meeting, which will be held on March 19th and 20th, 2016 are already on sale to Members. Those on the wait list will be able to purchase from the 2nd of November, with a limited number of tickets going on general sale on the 1st of January, subject to availability.