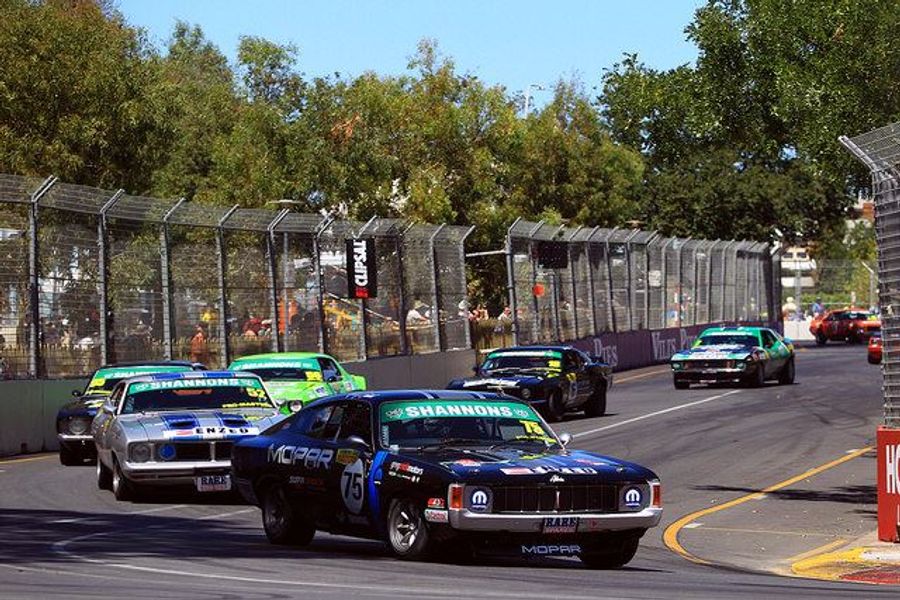 There will be a strong Tasmanian flavour on and off the grid when the ENZED Touring Car Masters return to the island’s Symmons Plains Raceway for the first time in five years next weekend,  March 27th to the 29th.  The Shannons Tasmania Tourist Trophy will be the major support category to the V8 Supercars Tyrepower Tasmania Challenge and the series has gone all out to ensure local race fans are given the best possible show for the series return to the circuit just outside of Launceston.

Tassie fans will also get more on-track action than ever before with a special, non-championship TCM race to close proceedings on Sunday afternoon once the V8 Supercars have finished. The series is also pleased to confirm that iconic Tasmanian race commentator Barry Oliver, for years the voice of the V8 Supercars on-track, will commentate the racing for the trackside audience.

Though local hero John Bowe will be forced to miss the round due to existing commitments with a key sponsor elsewhere, he has confirmed that his famous No. 18 Ford Mustang will race in Tasmania with a yet-to-be announced ‘high-profile’ driver behind the wheel. Bowe will confirm the replacement driver early next week though the two-time TCM champion said the car would continue to compete at the front of the field.

The field doesn’t lack for star power, however, with Glenn Seton (Ford Mustang) making his return to Symmons Plains aboard the Thunder Road Racing Ford Mustang and Round 1 winner Andrew Miedecke confirmed to continue his championship challenge in his Whiteline Racing Chevrolet Camaro SS.  Though now based in Port Macquarie, Miedecke grew up in Launceston and with no racing on the NSW Central Coast near his current home will likely consider this visit to Symmons Plains something of a racing homecoming.

Miedecke is one of three former Targa winners competing on the TCM grid, his 1994 victory neatly sitting between Greg Crick’s back-to-back successes and the beginning of Jim Richards’ domination of the event from 1996.  Tasmanian identity Crick will likely be the fan favourite of the entire V8 Supercars weekend, the double Targa winner remaining fiercely proud of his Tassie motorsport heritage.

His MOPAR-sponsored Chrysler Charger E55 has been one of the series’ frontrunners since his return to racing mid last season and will undoubtedly enjoy Symmons Plains’ long straights. Next weekend will mark just the third ever visit to Symmons Pains for the Touring Car Masters field – and the first since 2010.

The last time the series visited Symmons Plains, John Bowe scored pole position and two race victories on his way to the overall round victory.

The series also raced at the circuit near Launceston in 2007 and 2008, both times seeing Gavin Bullas triumph. Bullas, a two-time TCM champion, has returned to the championship this year in a rebuilt 1970 Ford Mustang Trans Am after several seasons of only part-time competition and finished second in the Pro Master class in Adelaide earlier this month.