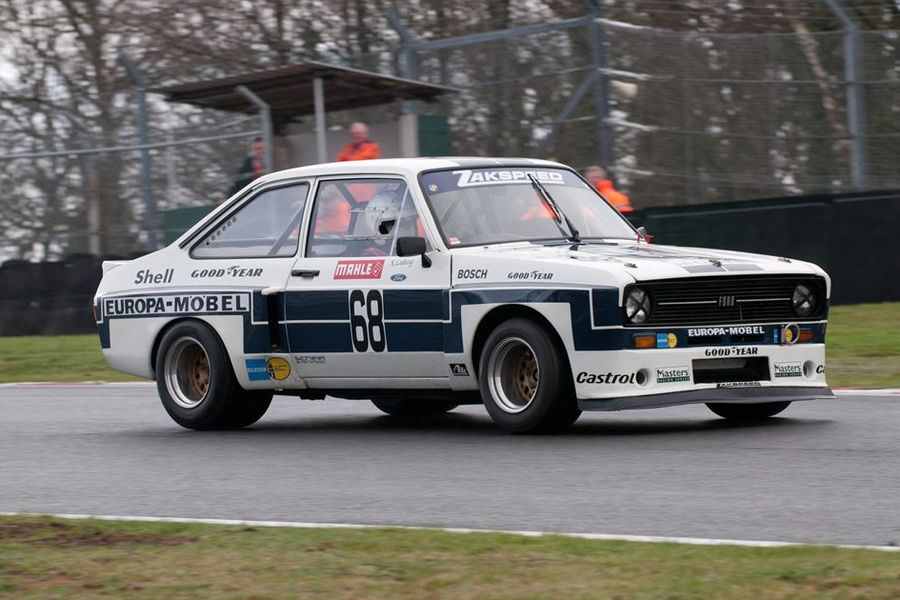 A truly mixed grid of pre-66 GT and touring cars heads for Oulton Park this Saturday to round out the Masters Historic Racing season.

The 50-minute non-championship Masters All Series race will feature cars from the 70s Celebration, Masters Pre-66 Touring Car and Masters Gentlemen Drivers Pre-66 GT Championship, with local ace Phil Hindley heading the entry in his Porsche 911. Hindley, a renowned Porsche preparer as well as driver, has enjoyed success in Tour Britannia of late but will be pressed hard by the 911 of John Young and the 911 ST of Mark Midgley/Mark Henderson.

Elsewhere on the GT element of the grid, Robert Rawe drives his delectable Aston martin DP214 and Lotus fans are catered for thanks to the Elan of Mark Halstead (partnered by the experienced Stuart McPherson) and the Elite of stalwarts Gideon Hudson and Josh Sadler. TVRs should be to the fore as well, with a brace of Griffiths entered, one for regular race winner Mike Whitaker and a second for Mike Gardiner who is normally to be found at the sharp end of the touring car grid. His pace in the Blackpool-built beast will be fascinating.

The touring car entry is fascinating with former BRM Grand Prix racer Mike Wilds teaming up with TVR Tuscan champ Steve Guglielmi in a BMW CSL, while Nicholas King and Martin Melling provide Yank Tank variety in Ford Mustang and Falcon respectively. William Ward, fresh form a podium at Jerez recently, pedals his Austin Cooper S with great verve, but keep an eye on the Zakspeed-recreation Ford Escorts: the RS1800 of the spectacular Mark Wright and the 2.3-litre Escort of Andy Pyke who teams up with engine builder – and returning racer – Tim Swadkin.