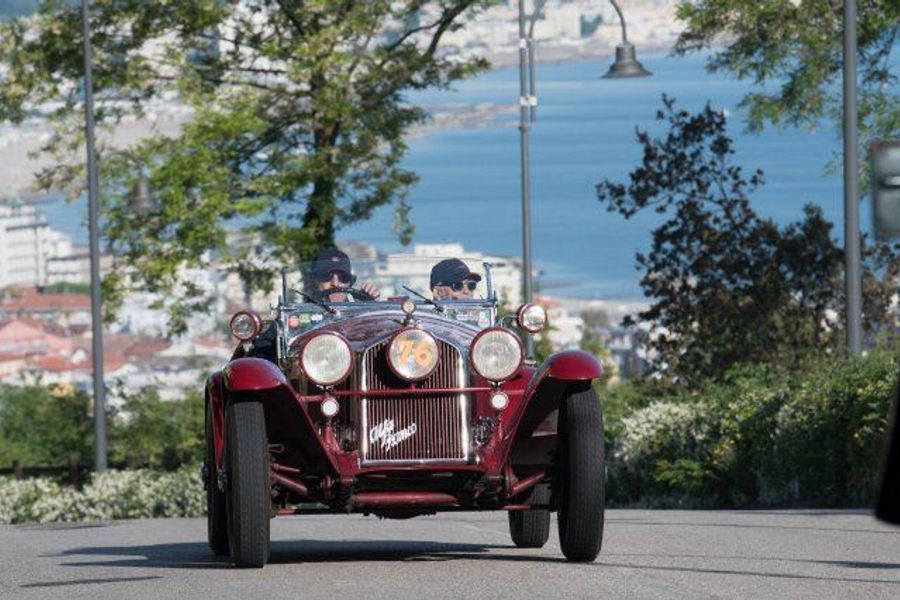 In second position, 105 points behind, was the 1933 Alfa Romeo 6C 1500 GS "Testa Fissa" of Argentineans Juan Tonconogy and Barbara Ruffini. On the third step of the provisional podium are Giovanni Moceri and Daniele Bonetti in another Alfa Romeo,their 6C 1500SS of 1928.

At the beginning of the regularity event there was the usual warmth of the audience of fans and the simply curious fascinated by the "traveling museum". There was also a little of rain, which accompanied the cars on the stretch between Ferrara and Comacchio. 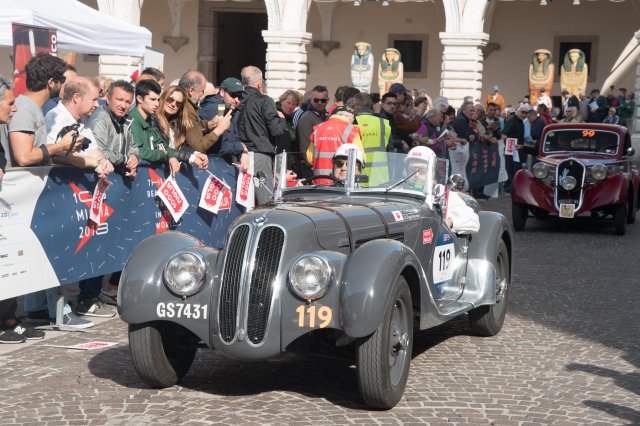 Today the classic racing cars, after having crossed Gabice, Casteldimezzo and Panoramica, head to the Republic of San Marino – the smallest state in Europe - and San Sepolcro before stopping off in Arezzo for a brief rest. The teams will then head for Cortona, Orvieto and Amelia, finishing the second stage in Rome around 8.15p.m. with a local police escort and a dazzling parade along Via Veneto.
“This year, once again, the ‘most beautiful race in the world’ will pass sights that embody the history and tradition of the Eternal City, while the parade in Via Veneto - made famous by its appearance in La Dolce Vita - will pay tribute to Fellini’s work,” enthused Alberto Piantoni, 1000 Miglia Srl’s director. He added, “Now that we are reaching the halfway point, I would like to express my gratitude to all of the staff for making the event run so smoothly.” 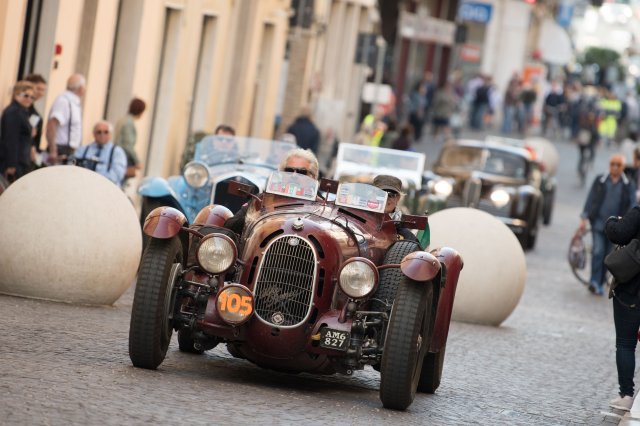