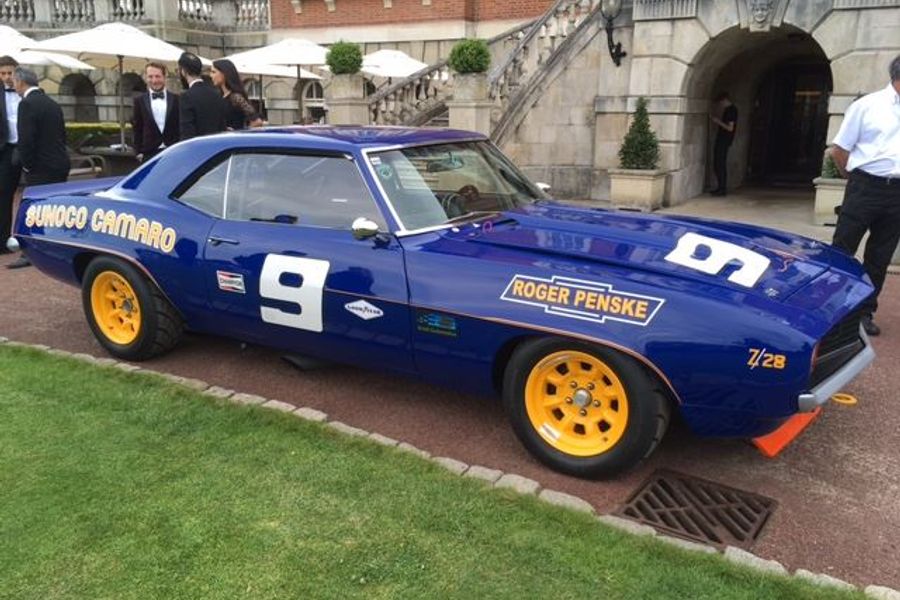 The popular American themed Autumn Classic returns to Prescott Speed Hill Climb, Cheltenham on Saturday 30th September - Sunday 1th October 2017 and features a strong element of historic motorsport.. The all-American action-packed weekend attracts a wide variety of cars competing on the historic hill climb course with special classes for American cars and hot rods, as well as spectacular American vehicles displays a dedicated ‘Show n Shine’ area and fantastic USA-themed entertainment from the thrilling Demon Drome Wall of Death to live bands and Vegas Showgirls.
The racing paddock will feature an awesome display of American classics from Mustangs, Camaros, Corvettes, Chevys, Hot Rods to Indian motorcycles. This year also includes an impressive lineup of CanAm, Nascar and Indycar race machinery all of which will appear on track. Notable vehicles include the Penske PC22 Indy car Chassis #01 raced by Stefan Johansson to 11th place in the 1993 Indianapolis 500. This is one of eight cars built by Penske and was the team’s test car used by Emerson Fittipaldi and Paul Tracy. It is widely regarded as one of the classic Penske models of its era and is still fitted with its original Ilmor 265C engine giving around 790hp at 14,000rpm on methanol fuel.
Several famous Camaros are due to be at Prescott include the famous Roger Penske 1969 Camaro Z28 Penske Sunoco. Joining it will be the iconic 1977 Chevrolet Camaro black 7 International Race of Champions car formally raced by Al Unser which Fittipaldi dubbed 'lucky number seven' due to its accomplishments on the racing circuit plus there will be the 1976 Group 2 Faberge Brut Chevrolet Camaro. The latter Camaro has raced extensively at Goodwood and driver Stuart Graham and its owner Nigel Garrett will demonstrate the 7.4 litre Chevrolet big block, 600bhp Faberge-liveried beast.