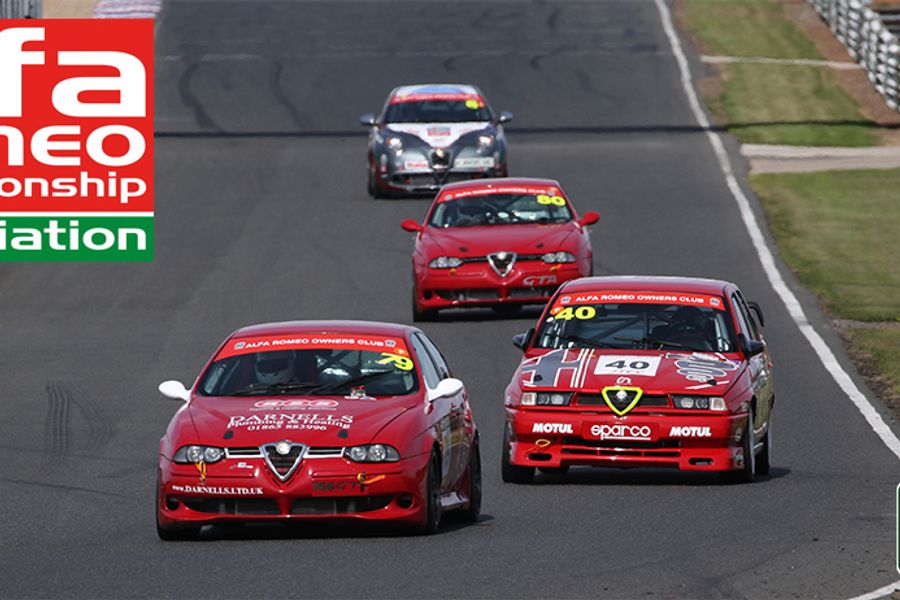 It has been announced that with effect from the end of the 2019 season, the Alfa Romeo Championship will transfer to 750 Motor Club from the British Racing and Sports Car Club (BRSCC).

“I’d like to thank the BRSCC for all their support and assistance of the championship in the past 36-years,” said Andy Robinson, Championship Coordinator. “The move to 750 Motor Club for 2020 onwards is one that will enable the championship to move forwards both in terms of recruiting a new generation of competitors and building grids, but also in order to promote new models whilst ensuring the long-term sustainability of a well-known formula with considerable heritage.”

The 750 Motor Club membership model is one which will favour the Alfas; offering the UK’s best value racing yet with a continual drive to offer the highest quality competitor experience and paddock for the club-level driver, as well as a host of other benefits to suit both novice and experienced racers.

Giles Groombridge, 750MC Competitions Manager said, “We’re delighted to welcome the Alfa Romeo Championship, plus its drivers and teams into our paddock. The formula has significant history with potential for reinvigoration and further growth, and the Club is looking forward to working with Andy and the team to get things moving straight away.”

“We are disappointed that the Alfa Romeo Championship won’t be part of the BRSCC portfolio next season as the Club has enjoyed a long and close relationship with the Alfas over many years” said Competitions Manager Dominic Ostrowski, “we of course wish the Championship well.”