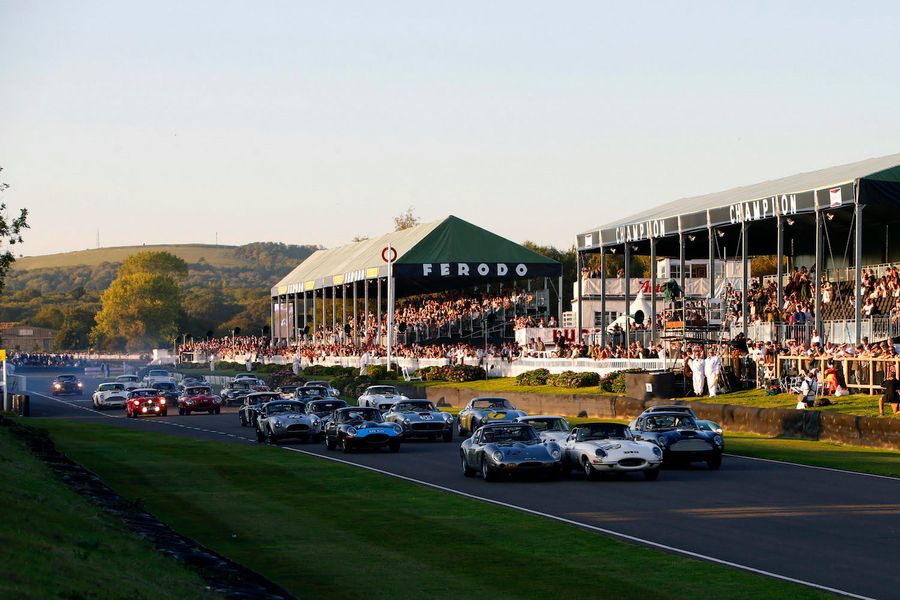 With submissions closing on 30th September the countdown is now on to have your say in celebrating the UK’s historic motoring and motorsport scene by making your nominations for the inaugural Royal Automobile Club Historic Awards.

Nominations are invited in the following categories:

The nominated activity, event or feat must have occurred entirely or at least in the main part within the UK and have a very strong, or exclusively, historic element to it. It must have taken place in the twelve months from 1st October 2018 to 30th September 2019. Candidates can nominate themselves or can be nominated by a third party.

A hand-picked panel of experts have been selected as Lead Judges for the Awards, and submissions will be reviewed by independent panels with an in-depth knowledge and enthusiasm for their particular category.

The nominations will be shortlisted in October 2019 for judging and the winners will be announced at a gala evening to be held in the Club’s Pall Mall clubhouse on Thursday 21st November 2019.

Race Series (Supported by A. Lange & Söhne. Lead Judge: Ian Titchmarsh, motor racing commentator and Chair of Silverstone Heritage) This can be organised by one of the big international organisers or by one of the many UK-based historic racing clubs, but must have a predominantly UK-based calendar.

Collection (Supported by Total. Lead Judge: Simon Taylor, journalist, TV commentator and former Editor of Autosport and Managing Director of Haymarket Magazines) This award will be presented to a British-based collection or museum which has made a significant contribution to the historic motoring movement in the UK or internationally.

Restoration (Supported by Bicester Heritage. Lead Judge: David Lillywhite, Editorial Director of Magneto) The winner in this category will be a restoration that results from not only impressive technical expertise but also a significant amount of research and sensitivity to the vehicle and its history. The restoration must have been done in the UK. It can have been started at any point but must have been completed during the year ending 30th September 2019.

Personality (Supported by HERO. Lead Judge: Chairman of Motorsport UK Council and a Vice President of the Royal Automobile Club, Tom Purves) Open to individuals from any part of the British historic motoring world, for example (but not limited to) private enthusiast, club organiser or specialist. They must have made a truly outstanding contribution to heritage, historic motoring or historic motorsport during the judging period.

Outstanding Journalism (Lead Judge: Steve Cropley, Editor-in-Chief, Autocar) This award will be presented to the author of what the judges deem to be the best written or broadcast historic motoring-related feature that has appeared in a British publication, TV/radio/film/broadcast media or digital platform the twelve-month judging period.

In addition to the above categories, the Club will also present the Royal Automobile Club Lifetime Achievement Award, to recognise an individual who has, in the opinion of the Club, made an outstanding contribution to British motoring history and heritage, or to the British historic motoring and/or motor racing movement, across many years. This is the only category which cannot be nominated and is the only category recognising achievement beyond the previous twelve months.

Alongside the Historic Awards, the Royal Automobile Club also presents a series of internationally recognised trophies and medals celebrating motoring achievements. These include the Segrave Trophy, the Torrens Trophy, the Simms Medal, the Dewar Trophy and the oldest trophy in motorsport still being competed for today; the Tourist Trophy.