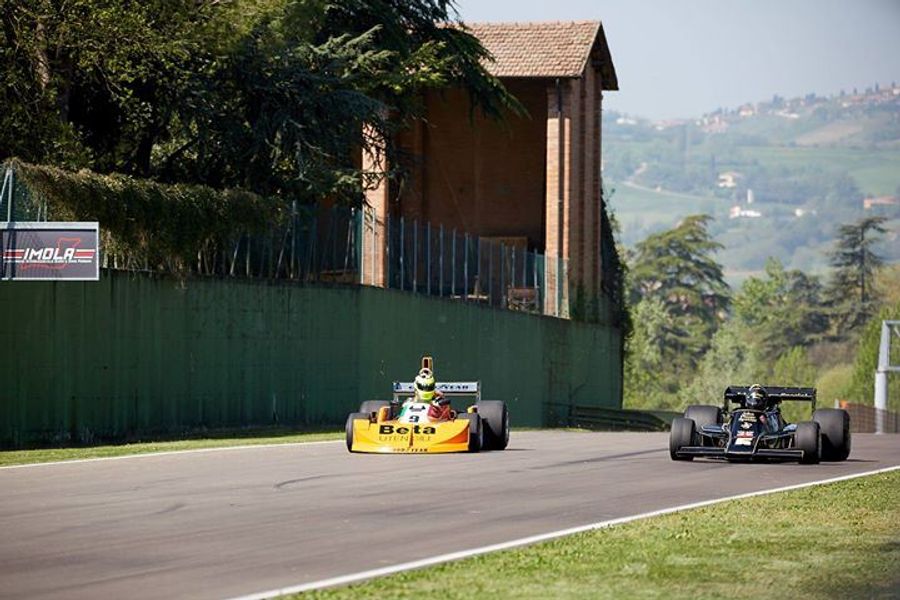 Some big names, huge crowds in the paddock, a welcome to the world of motorsport by FIA president Jean Todt and, above all, hundreds and hundreds of breath-taking cars: day one of the MotorLegendFestival at the Imola circuit proved to be a one-of-a-kind event. A real joy for those who have not forgotten the champions and jewels that have made history from the 1960s right up to the present day.

Friday began with a show featuring Ferraris that are part of the F1 Clienti programme and XX Programmes, and was followed by a parade of motorcycle champions, led by Giacomo Agostini on the MV Agusta.

Then it was time for the qualifying sessions to establish grid positions for the first San Marino Grand Prix, part of the FIA Master F.1 Championship. A large number of single-seaters, 24 to be exact, regaled spectators with the music of their Cosworth DFV engines, sounds visitors would have last heard at Imola in the 80s.

Pole position went to Brit Martin O’Connell, at the wheel of an ATS D4 which, in the past, starred in the 1980 American Grand Prix at Long Beach with driver Jan Lammers. Behind the German car, the Williams FW07 and 07C machines of Cantillon and D’Asembourg. The best-placed Italian is Rossi from Montelera with the Lotus 80.

This afternoon at 3pm, the Ayrton Senna tribute will take place, 30-years after his first world title and attended by Riccardo Patrese, Erik Comas, René Arnoux and many other guests.

Saturday afternoon will also bring the races making up the Masters Endurance Legend, in which many professional drivers are taking part: pole position for the Oreca of Alex Kapadia ahead of its sister car driven by Michel Frey. Third for Steve Tandy while Oshimura and Antonio Fuoco set some of the best GT times. The Italian GP2 driver powered his Ferrari 458 GTE to eighth place overall, among many sport prototype cars including the Peugeot 908 and Audi R8.

Various shows featuring the cars of Martini Racing, Autodelta and Tecno are also scheduled to take place with drivers including Patrese, Merzario, and Pirro among others. The perfect antipasto ahead of Sunday’s grand finale, starring Jacky Ickx, Mauro Forghieri, Paolo Barilla and the Ferrari 312B.