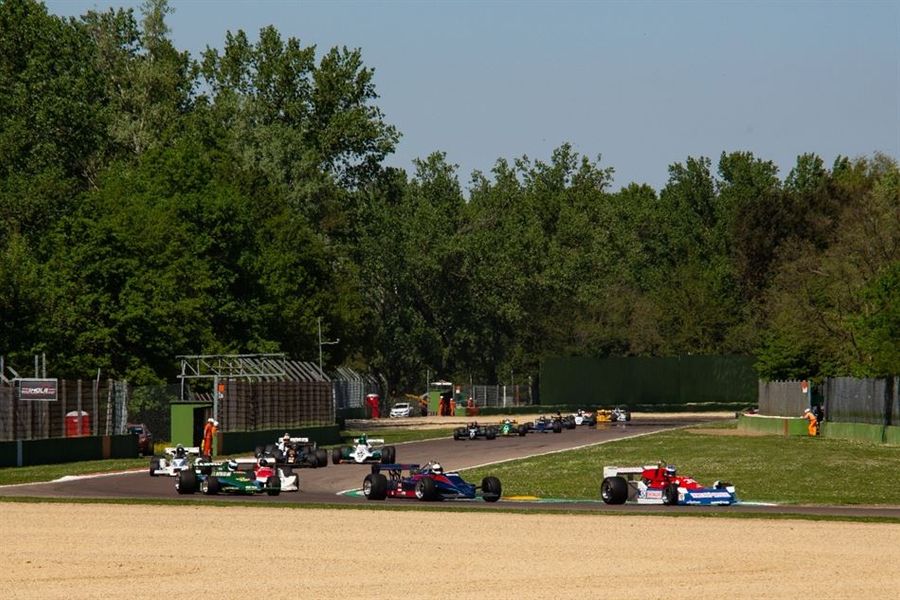 The first running of the MotorLegendFestival at the Imola circuit in Italy drew to a close yesterday with more than 20,000 spectators having attended the event, enjoying the atmosphere and able to get a close-up look at the world of motorsport.

The three day event featured Jacky Ickx, Mauro Forghieri, Paolo Barilla, Riccardo Patrese and Emanuele Pirro as the undisputed stars. All were reunited with the very cars with which they achieved important results in the past.

Forty years after last doing so, the Ickx was back at the wheel of the Ferrari 312B with which he finished second in the 1970 Formula 1 championship. The single-seater, owned by Paolo Barilla, has been restored in recent years and is a unique and perfectly working machine. Also driving the single-seater was the Parma driver, more than happy to put his foot down. But when Ickx put it into first, making the 312B 12-cylinder boxer engine roar, the excitement in the grandstands was immense.

Patrese drove both the Lancia LC1 with which he just missed out on the 1982 sport title, and the Brabham BT49-Cosworth with which he won the Montecarlo GP that same year. The Italian was amazed by the improvements to the single-seater, which then competed in the second historic San Marino GP, driven by its legitimate owner Joachim Folch-Rusinol.

The F1 Ferrari, world champion with Phil Hill in 1961, was also on track, along with the Alfa Romeos of the Portello team and all the Martini Racing vehicles.

There were also motorcycle exhibitions from Giacomo Agostini, Phil Read, Freddie Spencer, Johnny Cecotto and Carlos Lavado. Riding MV Agusta, Yamaha and Honda machines, they led a group of riders who had brought their precious bikes to Imola. Among them, Emanuele Pirro was keen to experience the thrill for himself, riding Freddie Spencer’s Honda 250.

There was a full house for the talk involving Jacky Ickx, Paolo Barilla and Mauro Forghieri. The trio spoke about their collaboration in Ferrari, the history of the 312B and the years the Belgian driver spent at Maranello.

During the course of the day, the final races making up the FIA Masters Championship also played out. The F1 San Marino Grand Prix, Elio De Angelis Trophy, saw Martin O’Connell slice through the field from 23rd place in his newly-restored ATS: having set pole position and forced to retire from Saturday’s race 1, the Brit dominated ahead of Steve Brooks in the Lotus and Christophe D’Asembourg in the Williams.

The Lodovico Scarfiotti Trophy went to Brit Gareth Evans ahead of Travis Engen and Tommy Dreelan while Alex Kapadia, who crossed the line first, received a 44” penalty for an irregular pitstop.