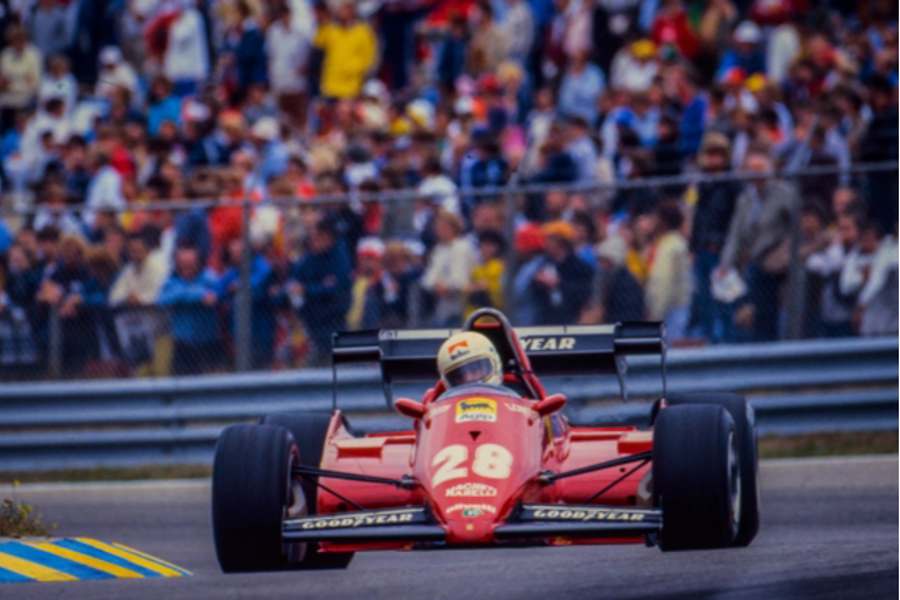 The Ferrari Formula One car we featured in a video from the Artcurial sale at last week’s Retromobile (below) sold for almost double its estimate, the  new owner paying €1,438,900 for the 1983 126 C2.

The car on sale was 126 C3 chassis 068, one of four 126 C3s built and Ferrari’s first full carbon fibre chassis. Chassis 068 only briefly featured that season, Rene Arnoux driving it to second in the Austrian Grand Prix, while two weeks later there seems to be some confusion as to whether it was 068 that Arnoux used to win the Dutch Grand Prix or one of the other chassis - informed sources beg to differ on this.

There is no doubt that the points scored by 068 contributed to Ferrari winning the constructor’s championship that year, and having resided in the Manoir de l’Automobile collection in Lohéac, Brittany, for many years the car and it’s potent 1.5 litre V6 turbo engine has now found a new owner. Orginally estimated to sell for between €600,000 amd €1M, the sale price might be a case of multiple bidders really wanting a Ferrari, or an early sign of an upturn in sale prices.