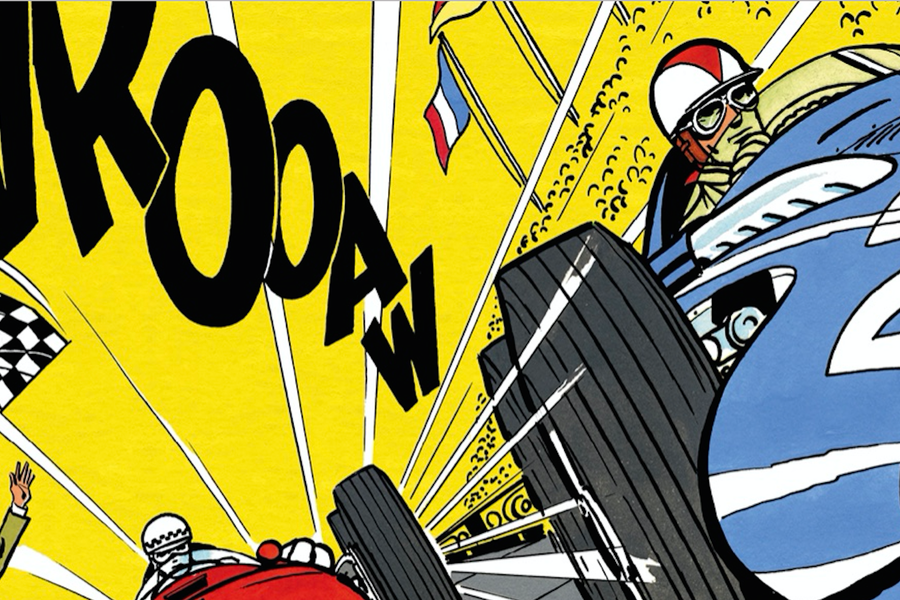 Amongst all the amazing memorabilia stalls at this year's Retromobile we found ourselves gravitating towards the incredibly outlandish art section. Within this ultra-cool area we found Jean-Louis Dauger, director and ambassador of Michel Vaillant. Now, if you have never come across this Le Mans inspired French hero and his iconic adventures, then consider this your wake up call.

Created by Jean Graton in 1957, Michel Vaillant was originally published in Tintin magazine, with a full-length adventure soon following in 1959.

Fast-forward to 1995, and a new series was launched, the 'Dossiers Michel Vaillant' series, with stories and information featuring important figures in motorsport and the automotive industry. With over 25-million pieces sold and a vast following across Europe and the world, Michel Vaillant has been a staple part of motorsport imagery for decades and has now become instantly recognisable as a fitting centre piece on many a stylish stripped brick wall. What Jean-Louis and his team have achieved in recent years with the 'Art Strips' is to pick the most engaging and unique images and to present them in such a way that they are an instant show stopper with timeless originality.

We made a small film with Jean-Louis to explain the imaginative "From Dream To Reality"  concept they were showcasing and watch out for the imaginative twist courtesy of the one and only Michel Vaillant.