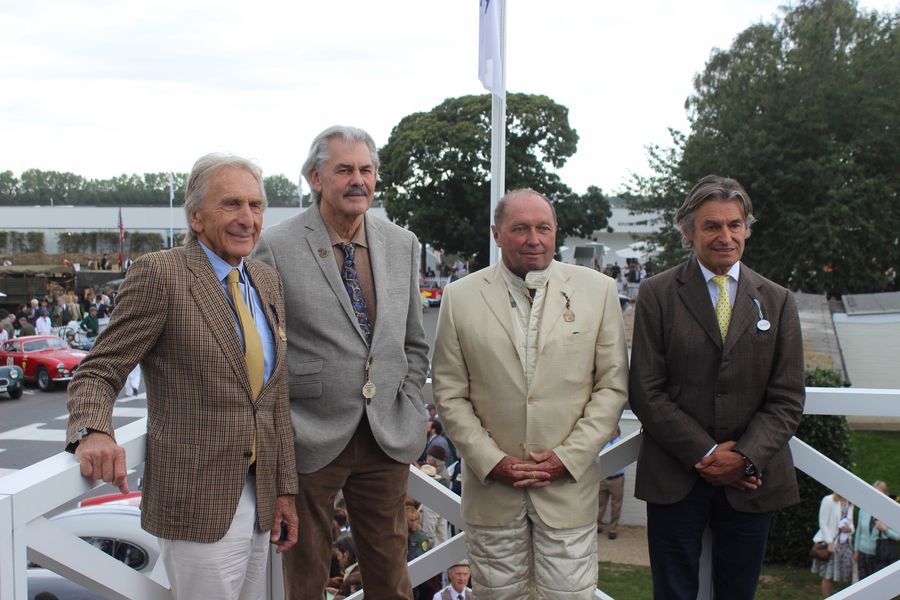 Is was not only the lure of a free breakfast that saw VIPs, motor-racing personalities and members of the press packing Goodwood’s Race Control building for the Credit Suisse Historic Racing Forum on the Saturday of the recent Revival, but also the opportunity to take in some great names talking about a common thread in their careers - Le Mans. Derek Bell, five times a winner of the famous 24 Hours, was joined by Alain de Cadenet, Gordon Murray and 1989 victor Jochen Mass. The four legends boast a wealth of Le Mans experience, and kept the audience enthralled with their entertaining memories of the race.

Bruce Jones hosted the lively event, and topics covered included the different approaches taken by different teams – with Bell recalling that in his debut for Ferrari in 1970 he was told simply to “get in and drive”. His later races for Porsche were much more disciplined, and Bell described the German team as being the greatest he ever drove for.

Mass discussed the unique eight-mile circuit itself, speaking of its many challenges and its dangerous nature. The German ace also remembered partnering a young Michael Schumacher at Mercedes, and instilling in the future seven-times Formula One World Champion important lessons about how to approach the 24 Hours.

De Cadenet brilliantly described how Murray did “a year’s work in a few weeks” in order to create him a sports-prototype for the 1972 Le Mans 24 Hours. The design genius did it alongside his day job, remembering how he used to finish at Brabham at 9pm, then work on de Cadenet’s car until 3am. They were rewarded with the first Le Mans finish for a car powered by the Cosworth DFV engine, and de Cadenet’s privateer team went on to achieve a number of giant-killing results.

Murray also shared his memories of adapting his McLaren F1 road car into the GTR racer, which sensationally won at Le Mans on its debut in 1995. Throughout the F1’s development, he’d been adamant that it was not going to go racing – but eventually he relented, and the GTR wrote itself into the history books.

Fellow Le Mans icons Jackie Oliver and John Fitzpatrick were in the audience, while Richard Attwood – winner of the 1970 24 Hours – joined the panel towards the end and raised the biggest laugh of the morning by wryly remembering that Le Mans “wasn’t that difficult, really”.