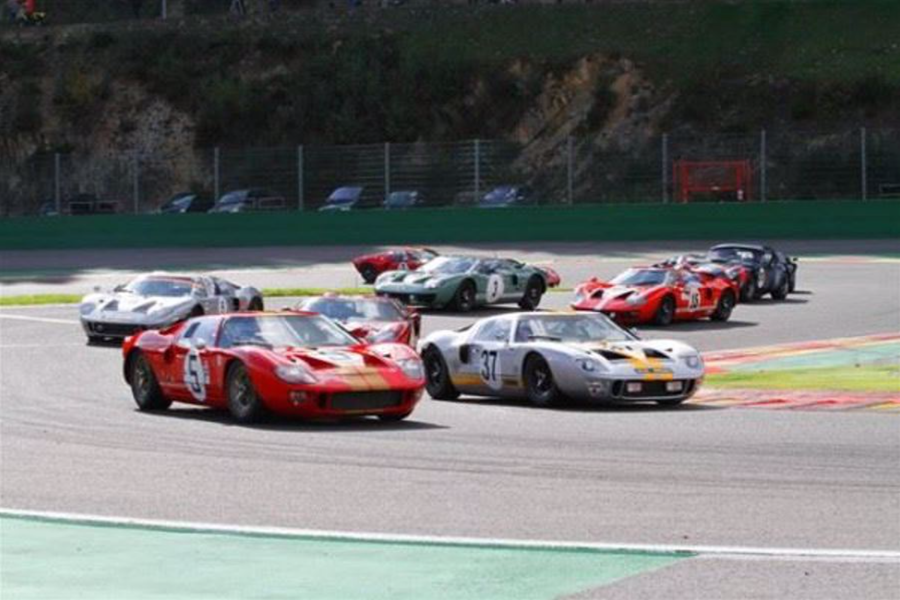 With sportscars such as the Ford GT40, Jaguar E-Type, Ferrari 250 LM and Formula One cars from Williams, Brabham and Arrows an incredible line-up of cars will be on display at Spa Six Hours in September. Drivers from across the world will be competing on the famous Belgian circuit and in Saturday’s evening’s classic endurance race, it is a meeting not to be missed, and tickets are now on sale via the official website.

This will be the 27th edition of the event run by Roadbook Organizer, and it is one of Europe’s classic historic events on a track that is still as popular as ever. Practice starts on Wednesday September 25th, with 12 sessions ofr qualifying tests and races from Friday to Sunday. Thanks to the Belgian Federation of Ancient Cars (FBVA), which is still very much active around the event, its members will also have the right to use the track on Thursday at the end of the day and even on Wednesday for those who have pre-war cars.
The highlight of the event, the Six Hours will bring together the best of motorsport from the 1960s on Saturday 28th from 4pm to 10pm with many Ford GT40, Shelby, Mustang, Lotus Elan, Triumph, Jaguar E-Type, Marcos, Chevrolet Corvettes racing, to name just a few.

Before that, the public will already have the opportunity to have a look at the impressive Formula 1 cars from 1966 to 1985, while Motor Racing Legends will be supplying a number of grids such as the Woodcote Trophy and Stirling Moss Trophy for sportscars and the Under Two-Litre Touring Cars. With a broad swathe of other races, including a large Pre-War field, Spa will be the place to be at the end of September.

However, Spa Six Hours also offers many activities over the whole weekend. The Ford GT40 - Le Mans - 69 Revival will undoubtedly be one of the most anticipated moments where the start and finish of Jacky Ickx's magical victory at the 24h Le Mans will be recreated. The FBVA will also have its ‘House’ where everyone will be welcomed, including exchanging Panini stickers in the event's colours. Indeed, collector posters will allow everyone to gather the stickers of all the cars, a nice new feature. While in the paddock, the Vintage Village will not go unnoticed with its numerous car stands, parades, and high-rock musical entertainment.