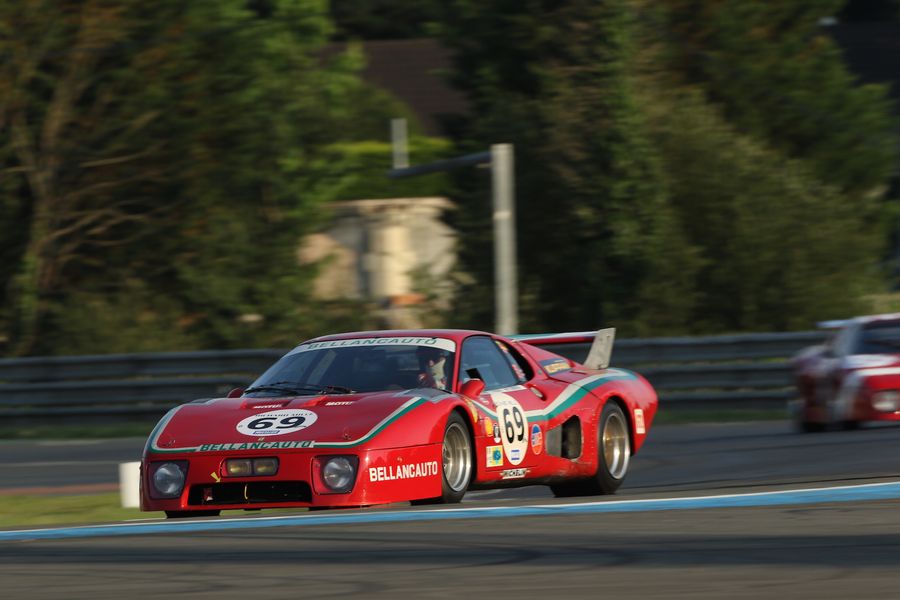 The Dix Mille Tours du Castellet next month closes the Peter Auto track season, and no less than three Ferrari 512 BBLMs will be contesting the Classic Endurance Racing 2 race.

Developed by Ferrari in 1974, the car’s target was the 24 Hours of Le Mans. Pininfarina designed its bodywork and itsfive5-litre V12 engine (4.4 litres in the production version) propelled it to 325 km/h. Unfortunately, it never won in the Sarthe because of its fragile five-speed gearbox and it was also usually out-performed by the Porsche 935s. The car was evolved throughout its race career, at one point receiving the rear wing from the 312T Formula One car!

Four raced at Le Mans in 1976 but did not finish, and over its career that car gained more power from its flat-12 engine (not a boxer-engine despite the BB label), fuel injection, lost its original pop-up headlights, and the final body work versions bore little resemblance to the original production car. Nine of theses final version cars were built  in 1979 with a further 16 over the next two years.

The best result at Le Mans, the race the car was always aimed at, was fifth overall in 1981 and first in the GTX class for the car of French crew Claude Ballot-Lena, Jean-Claude Andruet and Herve Regout, having only decisively taking the lead in the final our after a long battle with  Porsche 935.