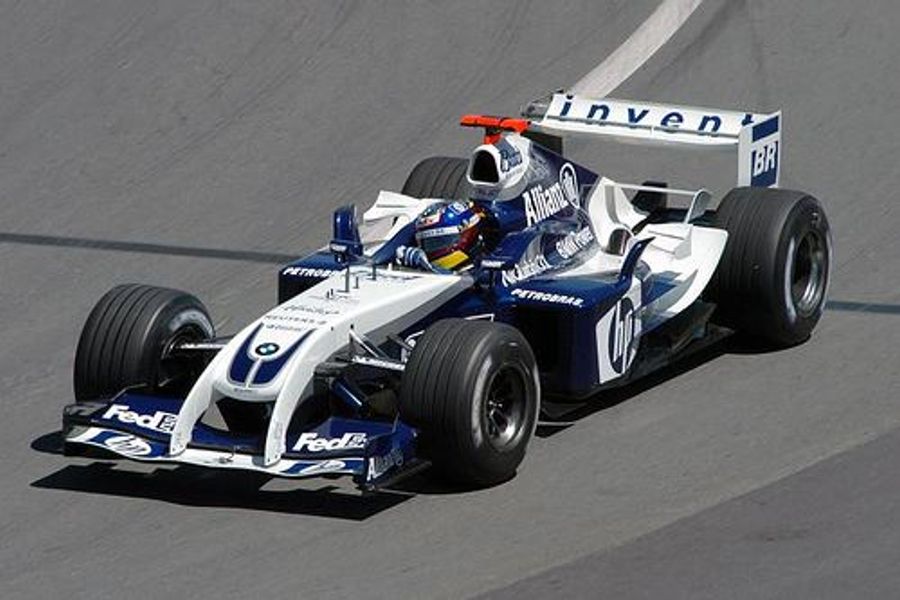 Williams Heritage has confirmed its attendance at this year’s Goodwood Festival of Speed on 12th-15th July. Karun Chandhok will return to the Goodwood hill in the Williams-BMW FW26, meanwhile the team’s six-wheeled FW08B will be on static display.

Designed by Sir Patrick Head, Gavin Fisher and Antonia Terzi, the FW26 was driven by Juan Pablo Montoya and Ralf Schumacher in the 2004 Formula One World Championship, delivering a race victory at the Brazilian Grand Prix. Marc Gene and Antonia Pizzonia also drove six races between them that season replacing Ralf after he was injured during the United States Grand Prix.

The FW26 with its V10 engine was known to be one of the most attention-grabbing cars of the season, and it appeared early in the season with a very distinctive nose section, nickames the 'Walrus' by some. From mid-season is sported a more conventional nose treatment which made the car easier to set-up and unlocked more pace. It is also well known for holding the record for the fastest qualifying lap in the history of Formula One at that time when Juan Pablo Montoya lapped Monza at an average speed of 262.242 km/h (162.9 mph) in 2004.

Jonathan Williams commented: “Williams Heritage is looking forward to celebrating the momentous occasion of the Silver Jubilee anniversary of Goodwood’s Festival of Speed. The festival is a special event which I thoroughly look forward to each year, and this year is no exception. It will be a spectacle for the crowd to see Karun take the FW26 up the hill this year.”

Williams Reserve and Development Driver, Robert Kubica, will also make his return to the Festival of Speed this year with Martini Racing as part of their 50th anniversary celebrations.