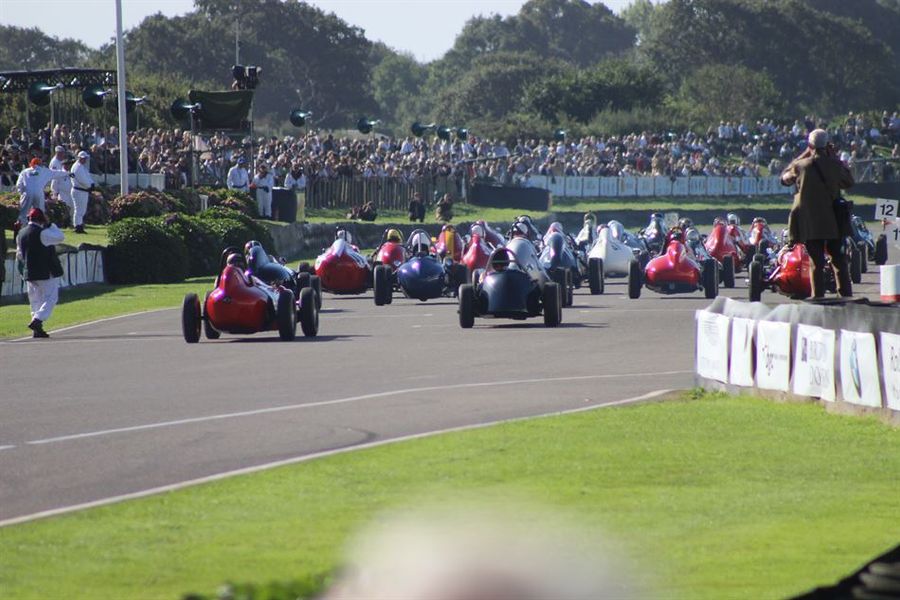 This year, at the 20th anniversary Goodwood Revival (September 7th-9th), the Revival special themed pits will be transformed into early 1950s Silverstone, in honour of the Northamptonshire circuit’s 70th anniversary. Seventy years ago, it was also the first race of the ‘modern’ Grand Prix era, hosted at Silverstone. The first themed pits were built at Goodwood in 2012 to house an incredible selection of 10 Silver Arrows and Auto Unions and are now meticulously set-dressed each year to celebrate key moments and places in Motorsport history.

Peter Russell, motorsport expert and man in charge of set-dressing the pits each year said, “The first themed pits came about because of those cars. It was a big opportunity and we thought ‘this is a bit special, we should give them a special setting’.

“It was always viewed as a one-off – I built an enormous construction that was programmed to come down after the event. We’d invested quite a lot of money so after the Revival that year we wondered whether we could get another bite at it. Some wanted them to come down, some wanted them left. After months of discussions they were left in place and were used the following year.”

In September 2013 the themed pits took visitors to Le Mans in the 1960s with a selection of GT40s. 2014 saw the 1954 Monza pits with Maserati 250Fs, in celebration of the car’s 60th anniversary and in 2015 it was Sebring in 1965, filled with all six Daytona Coupes. “I never expected this to happen,” commented designer Peter Brock, when seeing all the cars united for the first time. “It’s indescribable, really.”

By 2016 it was Reims, filled with 3-litre Formula 1 cars, and then last year saw the 1957 Nürburgring pits in honour of Juan Manuel Fangio’s famous victory in Germany that year. Fittingly Fangio’s two sons dropped in, unannounced, on their way from Argentina to see the Pope.

The pits are designed each year with painstaking care and attention to detail, “With the themed pits,” continues Peter, “you’re not doing a complete like-for-like – you’re trying to give an idea, a flavour of a certain place at a certain time. For example, Le Mans: you have the iconic buttresses, but the building was three or four stories high and we can’t do that. You’re aiming for something that, when someone looks at it, they think ‘Ah yes, that’s Monza’ or ‘that’s Reims’.”