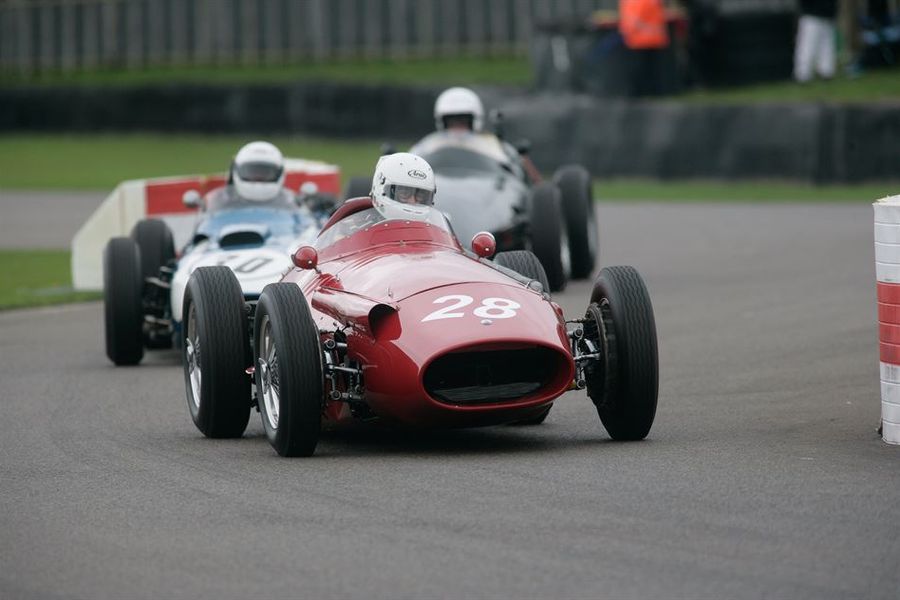 The Goodwood Revival will mark 60 years of one of Formula 1’s most iconic machines, the
Maserati 250F, with one of the largest ever on-track collections of the car at the September
12-14 event.  As many as 16 examples of the 250F will take part in the Richmond Trophy, which this year
will feature 2.5-litre, front-engined grand prix cars of a kind that raced from 1954 to 1960.  Among them is one of only two of the V12-engined versions of the machine ever built.
The beautiful 250F took victory on its debut at the 1954 Argentinian Grand Prix in the hands
of five-time Formula 1 world champion Juan Manuel Fangio and was raced in period by
more of the world’s top names, including Sir Stirling Moss, Tony Brooks, Roy Salvadori, Mike
Hawthorn and Jean Behra.
While Salvadori and Moss took 250Fs to victories in the 1956 and ’57 Glover Trophy races
at Goodwood, the most famous win for the car came in the latter year’s German Grand Prix;
won by Fangio after the Argentinian overturned an almost insurmountable deficit at the
fearsome Nurburgring to memorably catch and pass the Ferraris of Hawthorn and Peter
Collins near the finish and clinch his fifth world title. That car, and several others, will join the race machines for a pair of high-speed
demonstrations during the weekend.
All 250Fs will be housed in the main paddock, which will resemble the adrenaline-fuelled
Monza pitlane of 1954 at the Revival this year and is sure to be a highly-popular attraction
for visitors to the Revival in September.