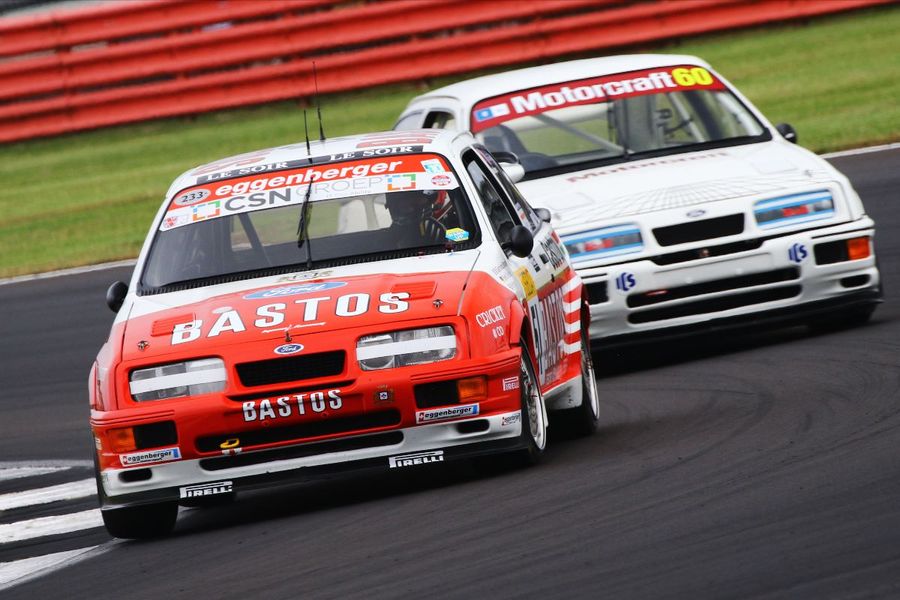 The action on-track on the opening day of the 2019 Silverstone Classic was every bit as hot as the sizzling summer temperatures, with a colourful mix of touring cars, sportscars and single-seaters taking to Silverstone’s full 3.66-mile Grand Prix circuit. Amongst the motorsport exotica in the mix were three particularly extraordinary race cars – the 1934 Barnato Hassan Special, ‘Le Monstre’ Cadillac and Bentley Speed 8.

The Barnato Hassan Special broke the Land Speed Record at Brooklands back in 1935, and in the hands of David Ayre, the Bentley-engined beast lined up third in-class today in the Bentley Centenary Trophy for Pre-War Sports Cars, on its first appearance for 15 years. 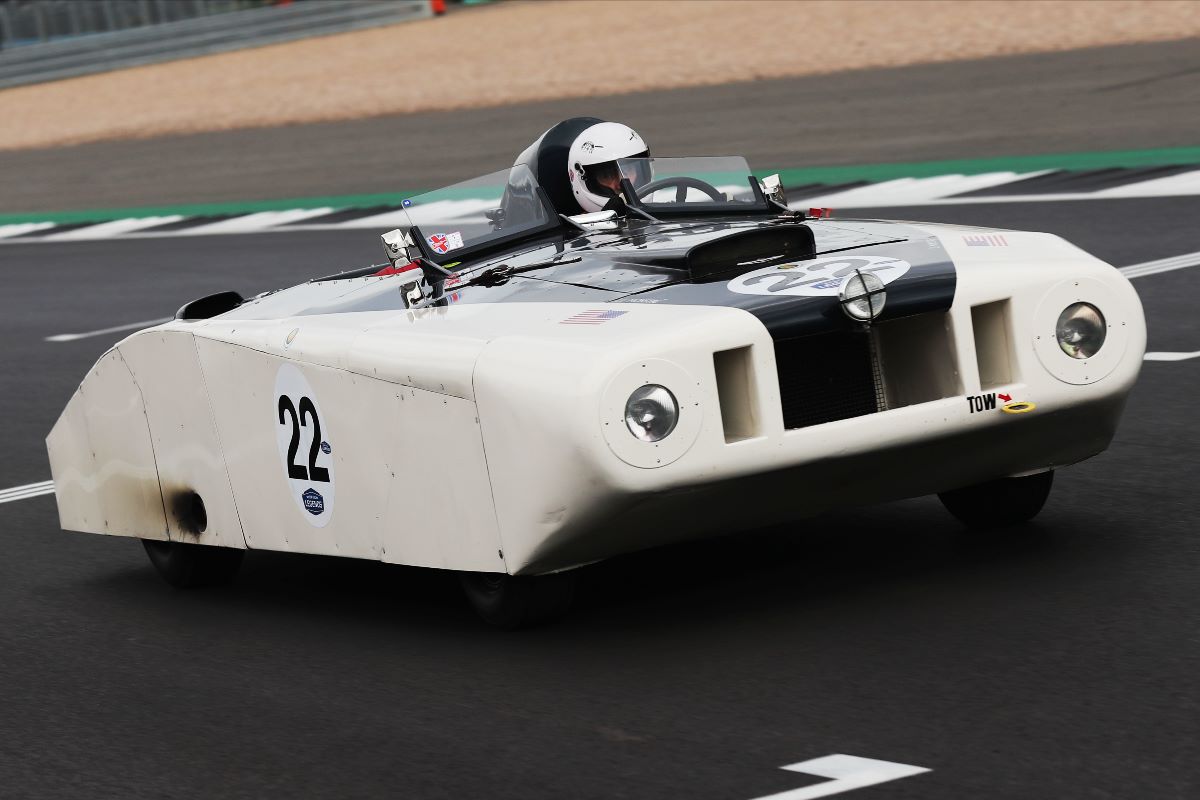 ‘Le Monstre’ – a perfect replica of the special-bodied Briggs Cunningham curiosity that contested the 1950 Le Mans 24 Hours – was a sight to behold in the Royal Automobile Club Woodcote & Stirling Moss Trophy, while the Bentley Speed 8 popularly made its UK track debut, 16 years on from the car’s memorable triumph at Le Mans, marking a fitting tribute to Bentley’s 100th birthday.

These were just a few of a magical mixture of cars, including models raced in period by the likes of motorsport royalty Jim Clark, James Hunt, John Surtees and Bruce McLaren as well as the great Stirling Moss.

HSCC Historic Formula 2 saw the largest grid of F2 cars ever assembled, with no fewer than 56 of the second-tier single-seaters set to do battle for supremacy over the next two days. Michael Lyons, meanwhile, impressed with a commanding pole position for the Historic Touring Car Challenge in the flame-spitting, Spa 24 Hours-winning Ford Sierra Cosworth RS500.

Steve Hartley sped to pole position for the blue riband Sir Jackie Stewart Trophy for FIA Masters Historic Formula 1 behind the wheel of an ex-John Watson McLaren MP4/1 – the first F1 car to feature a fully composite monocoque chassis. Famously raced from 17th on the grid to the top step of the podium by ‘Wattie’ in the inaugural Detroit Grand Prix back in 1982, the McLaren is a new addition to the Classic entry list this year – and is already making its presence felt.

Three-time World Champion Stewart will be at Silverstone himself over the weekend, raising money and awareness for research into dementia with the event's charity, Alzheimer’s Research UK, who administer the Race Against Dementia Fellowships that he founded. He will be one of a number of famous faces to be spotted in the paddock, along with the likes of three-time British Touring Car Championship title winner Colin Turkington, Le Mans class-winner Darren Turner and tin-top hero Steve Soper.

Other star cars on circuit included the never-raced Peugeot 90X, as part of a Twilight Tribute to Le Mans that will race into the sunset tomorrow evening. The French prototype was developed for the 2012 FIA World Endurance Championship, but never competed after the manufacturer pulled the plug on its sportscar programme.

As ever, car clubs are a key element of the Classic this year, with a host of anniversary track parades planned for the weekend. A highlight was a multitude of Minis in honour of the British icon’s 60th birthday, led by rallying legend Paddy Hopkirk in his 1964 Monte Carlo Rally-winning Cooper S. Mini celebrations will continue throughout the weekend with two special races for no fewer than 60 original pre-1966 models. 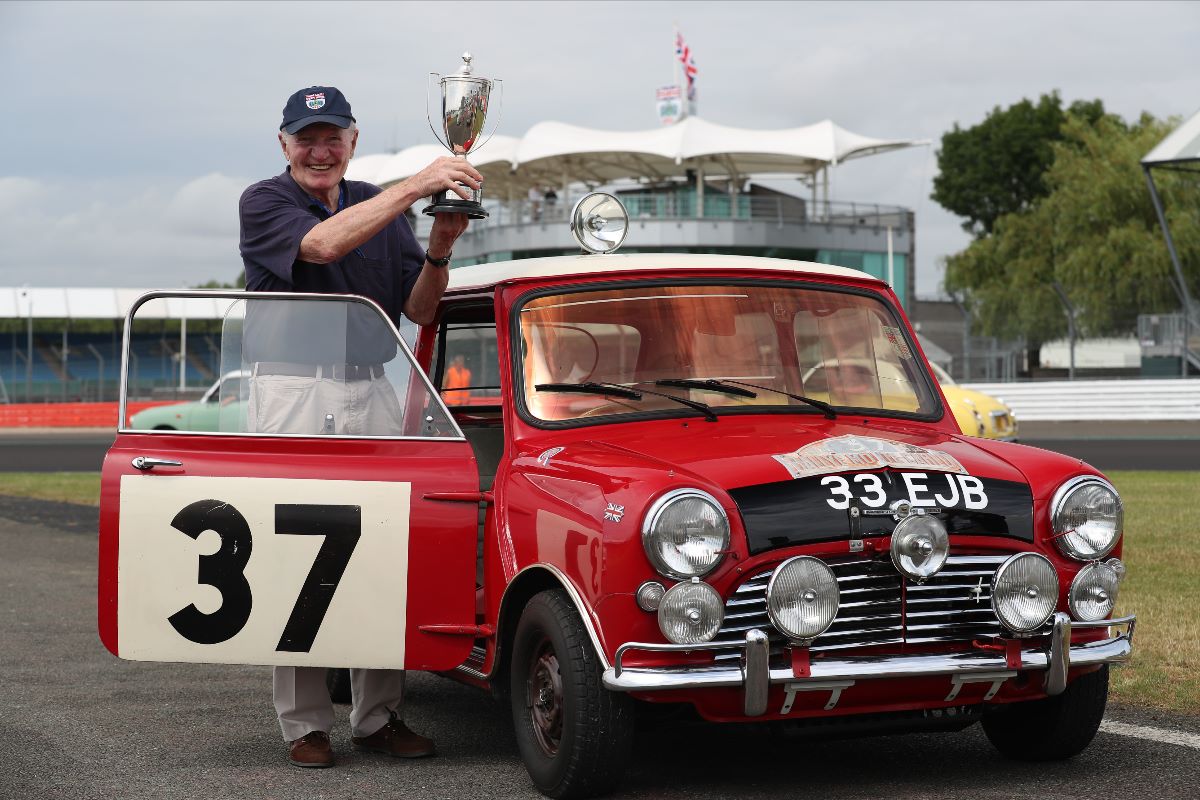 “I can’t believe it’s been 55 years since that weekend in Monte Carlo,” reflected Hopkirk, who was accompanied by his winning trophy, which had been presented to him by Princess Grace of Monaco. “I think the car has weathered those years better than I have! Seriously, though, it’s an absolute privilege to be here at the Silverstone Classic celebrating the Mini’s latest milestone.

“What a fantastic way to start the 2019 Silverstone Classic!” enthused Event CEO Nick Wigley. “There's been a real buzz with visitors enjoying the broadest spread of racing ever, from the ‘Blower’ Bentleys of the 1920s right up to sports prototypes that were competing at Le Mans less than a decade ago.

“The quality and the quantity this year is absolutely first-rate, and when you add in the Village Green, children’s activities and live music bringing back memories from the most iconic festival in history – with no fewer than seven bands taking to the stage – the entertainment is set to continue weekend-long both on and off-track.” 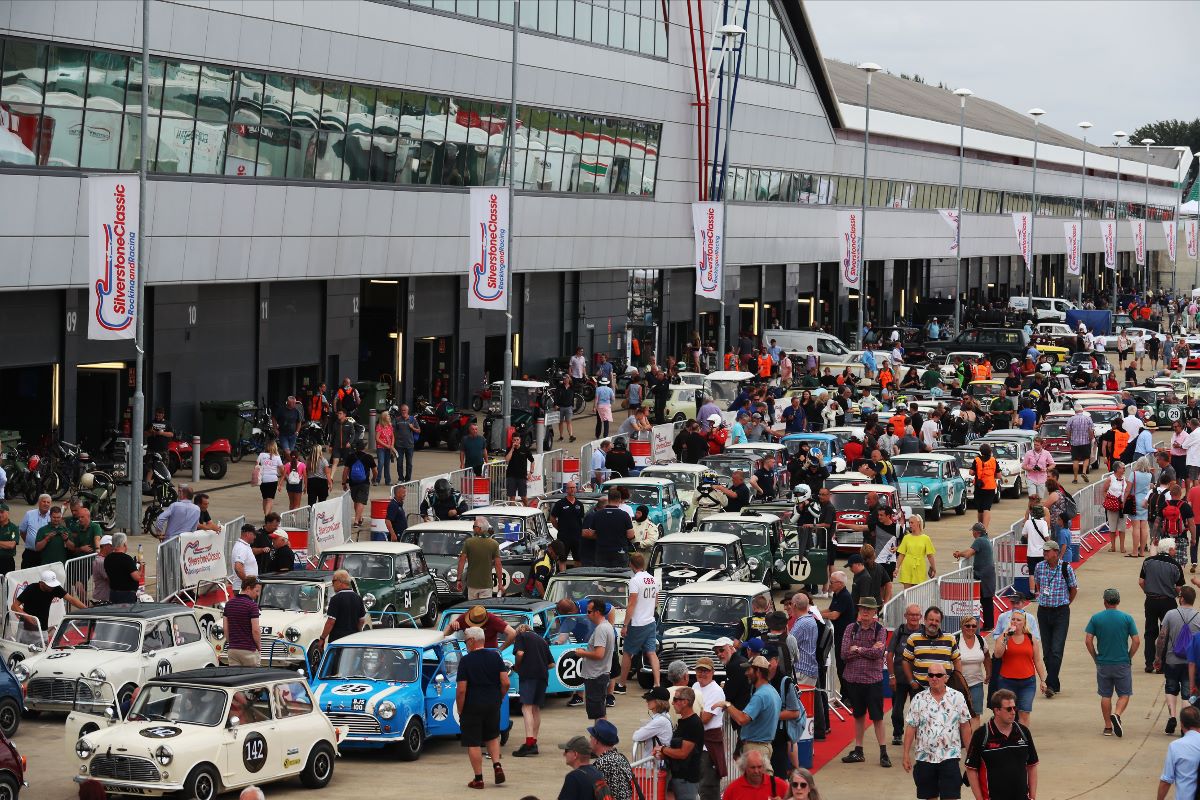