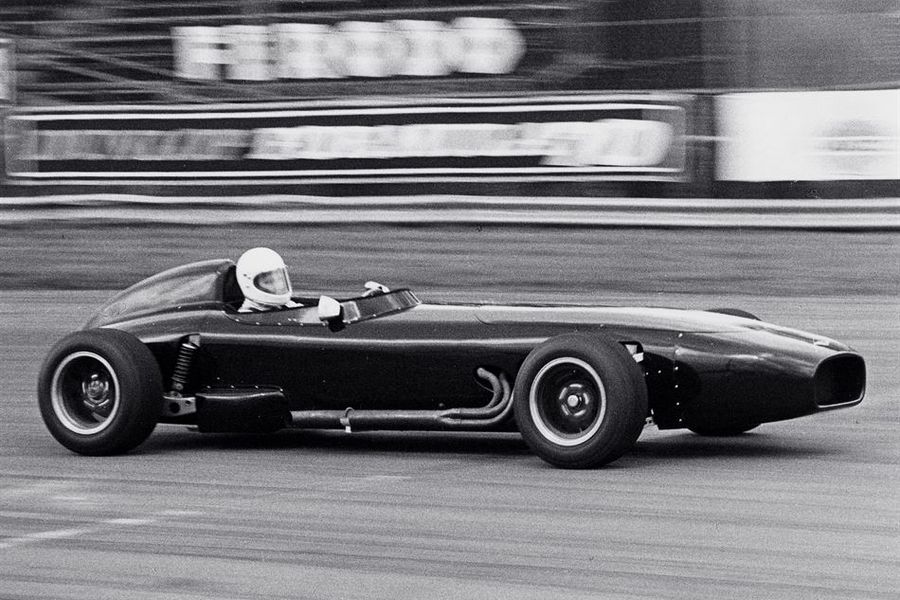 Flywheel, celebration of classic wings and wheels, is making final preparations before opening the gates to visitors this weekend, 24th and 25th June. The festival welcomes hundreds of pre-1970s cars, dozens of vintage aircraft, a score of historic motorbikes and a dazzling array of military hardware to Bicester Heritage, the UK’s best preserved Second World War bomber station.
One car that is sure to turn heads is a rare 1965 ‘T’ Type Single Seater Bentley. The chassis of the car is the Rolls Royce prototype for the Silver Shadow/T Series, after Bentley Club racing driver, Barry Eastick, was given permission by the manufacturer to build a Bentley using the chassis and running gear. This is still the only sanctioned Bentley racecar by Rolls Royce, despite the company owning the marque for 71 years.
The car was completed in 1976, resplendent with a supercharger in front of its V8 engine and, in 1977, the car broke the Bentley Silverstone lap record with a time of 1:10.0 seconds. After just three races, the car was sold and has spent the majority of the intervening years in Florida until Barry’s son, Ben Eastick, bought the car last December and returned it to both the UK and its former racing glory. Flywheel will be the car’s first public appearance since the two were reunited.
Richard Grafton, director of Flywheel, said: “Flywheel brings together the best examples of cars, aircraft and military vehicles to delight and amaze those that attend. The Bentley ‘T’ Type is a perfect example of a car with a superb and unusual history that will no doubt capture the imagination of everyone who joins us this weekend.”