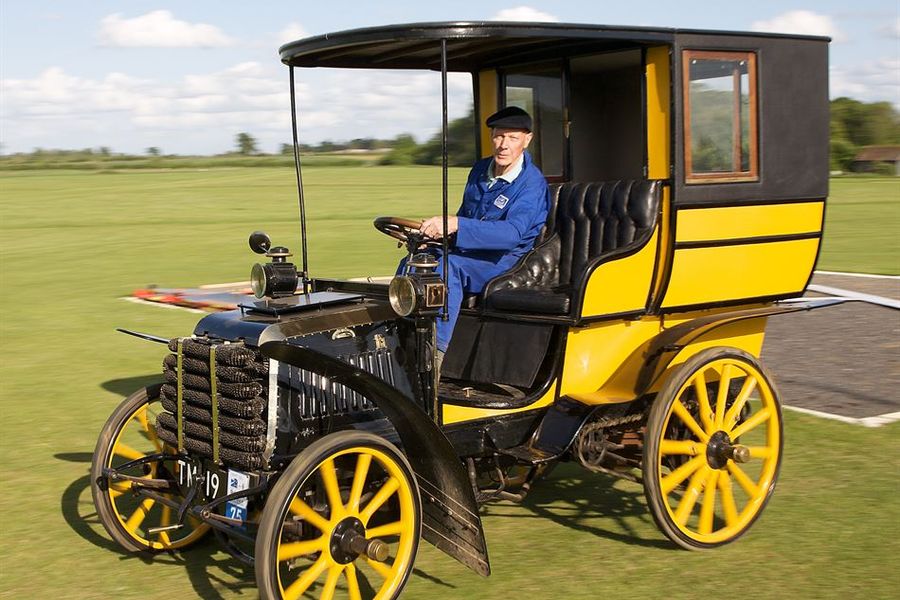 As the world’s longest running motoring event, the annual Bonhams London to Brighton Veteran Car Run supported by Hiscox is no stranger to celebrating milestones. In November participants aboard their pioneering pre-1905 vehicles will be honouring the 122-years since the original Emancipation Run of 1896 which welcomed the speed limit for ‘light automobiles’ being raised for 4mph to 14mph and abolished the need for a man to walk in front of all vehicles waving a red flag.

A number of other notable landmarks will be acclaimed on Sunday 4 November, too – few more distinguished, perhaps, than the 90th anniversary of Richard Shuttleworth’s debut on the timeless event back in 1928 driving what is considered to be the first 12bhp, four cylinder Panhard-Levassor ever built.

Over the following decade, the renowned aviation and motoring enthusiast became a regular on the road to Brighton only failing to make the start in 1935 after missing the deadline to file his entry – and, even then, he cheekily joined in at Westminster Bridge.

Shuttleworth sadly lost his life on an RAF training exercise in 1940 aged just 31, however his 1898 Panhard (registration: TM 19) has remained in the family ever since and today resides in the world famous Shuttleworth Collection of vintage planes and cars that Richard founded before his untimely death. Indeed, the Panhard was the car that started The Collection, today regarded as one of the finest living museums of its genre to be found anywhere on the globe.

As with so many participants on The Veteran Car Run, Shuttleworth’s debut back in 1928 was something of a fraught affair. The enthusiastic young man purchased the car specifically to join the Run but, just the day before the start, Panhard’s UK agents said they were unable to make the necessary preparations.

Undaunted by this last-minute setback, he and a friend worked through the night to get the mechanicals working and they proceeded to complete the distance with four passengers aboard.

Since then the Panhard has completed the hallowed journey on numerous further occasions and will be aiming to honour its 90th anniversary with another successful capital-to-coast passage in November. Fuelling those birthday ambitions, volunteers at The Shuttleworth Collection have just completed a two-year mechanical restoration.

“Marking the 90th anniversary of Richard Shuttleworth’s first participation in the Brighton Run will be very special for all involved in keeping The Collection alive in his memory,” said Stuart Gray, Vehicle Manager at the Shuttleworth Trust who will be among those driving the Panhard in November. “I’m sure it will be a proud – yet emotional – day as we picture a hugely enthusiastic young Richard jumping behind the wheel of this very car back in 1928.”

Before being acquired by Shuttleworth – and adding further to the Panhard’s remarkable history – it is reputed to have been originally built as a racer and to have finished fourth in the 1898 Paris to Amsterdam race driven by Chevalier Réné de Knyff covering the 890 miles at an average speed of 24mph.

In 1901 the car was re-bodied by Messrs. Morgan and Sons in its current Broughton style and, thereafter, was first owned by Lord Rochschild family. It is also said to have been driven into Ascot by King Edward VII.