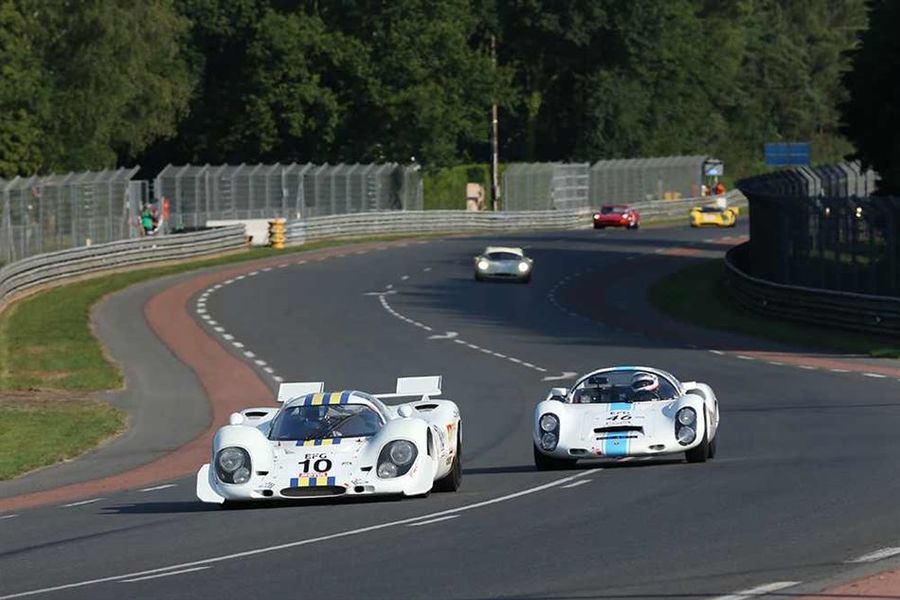 The 1969 Porsche 'rebuilt' for the Le Mans Classic, supposedly based upon the 917 fatally crashed by British privateer John Woolfe on the opening lap of the 1969 Le Mans 24-Hours race, suffered a similar fate in night qualifying in the ealy hours of Saturday. Belgian historic racer Nicolas d'Ieteren reportedly lost control of the car on his out lap in the session, and the incident saw the car sustain damaged to all four corners (stories are circulating of the car being seriously damaged but are unsubstantiated),

D'Ieteren has competed at the Le Mans Classic in previous years in an Alfa Romeo 8C, a Ford GT40 and a Porsche 935 K3, as well as having competed recently in the Group C series in a Porsche 962C.

The 1969 iteration of the 917 was notoriusly ill-handling in period, even Porsche did not initially want to supply Woolfe with a car - his original co-driver pulled out after practice, leading Porsche to lend him two of thier drivers, plus supply a new engine after Woolfe 'buzzed' the orginal unit. Pushing hard on the opening lap, and reportedly not having fastened his seatbelts in the last of the tradional 'Le Mans' style starts where drivers ran to their car, Woolfe crashed at Maison Blanche and died from his injuries.