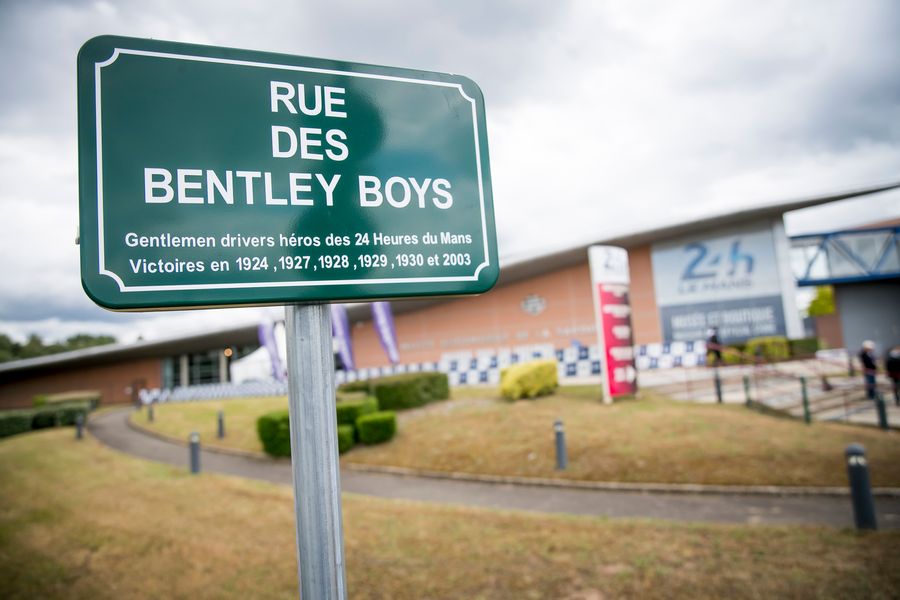 The illustrious racing heritage of Bentley Motors is being honoured at this year’s 24 Hours of Le Mans as the City of Le Mans renames a street in honour of the indomitable ‘Bentley Boys’ who won five Le Mans 24-hour races between 1924 and 1930, and their successors who took the laurels in 2003.

In addition, on Saturday 25 Bentley motor cars from across the marque’s last century will drive the Parade Lap at the beginning of this year’s race. They will be led by the all-new Flying Spur on its debut, and the 2003 Le Mans race-winning EXP Speed 8.

A trackside display entitled ‘Bentley Through The Decades’ will also be a highlight of the 87th running of the endurance race this weekend in France. Among the legendary Bentley models will be previous Le Mans race entries, including Bentley Motor’s Birkin Team Car; the legendary 1927 3-Litre No 2 Team Car from the 1930 race and the 1926 3-Litre Team Car No 8. EXP 2, the oldest surviving Bentley, will also be on display. Although it never raced at Le Mans, it is the most successful racing Bentley ever with 11 first and seven second places to its name. A new display on Bentley’s racing heritage will also open in the trackside 24 Hours of Le Mans Museum. Honouring Bentley’s six famous victories at the event the display will showcase a replica Speed 8 and Speed 6 and will run until September 2019.

Bentley has been honoured by the City of Le Mans renaming one of its major streets as the Rue de Laigne becomes ‘Rue des Bentley Boys’ paying homage to the group of wealthy young men who raced W.O. Bentley’s fast and dependable cars in the early 20th Century, and their 21st Century successors. During the 1920s, Bentley enjoyed great success on the racetrack and also broke many speed records. It brought W.O.s new company front page recognition, none more so than the company’s first Le Mans victory in 1924.

W.O. worked with ‘Bentley Boy’ John Duff to prepare for the 1924 endurance race, travelling to France to watch his car take the company’s first chequered flag at Le Mans. The dashing Bentley Boys went on to win four more consecutive races from 1927 to 1930, dominating a golden era of Le Mans racing. After an absence of 73 years, Bentley returned to contest Le Mans in 2001 and won the race in 2003.

Located on the track’s famous Dunlop Curve, a ‘Bentley Through The Decades’ static display on today (June 14th) will feature a host of special Bentley models from the last 100 years. In addition to the EXP 2 and the 1927 Team Car, the display includes the Team Blower, an R-Type Continental, a Series 1 FS Continental and the EXP Speed 8 that won at Le Mans in 2003.

Before the start of the 87th 24 Hours of Le Mans, the prestigious Parade Lap on Saturday (June 15th) will also be dominated by Bentley cars. Other models to join the all-new Flying Spur on the track circuit will include the EXP 2, the 1925 3 Litre ‘Speed’, the 4 ½ Blower, the 3 Litre Team Car, a Brooklands and a Continental GT3-R.