Over Four Hundred Cars for London to Brighton This Weekend 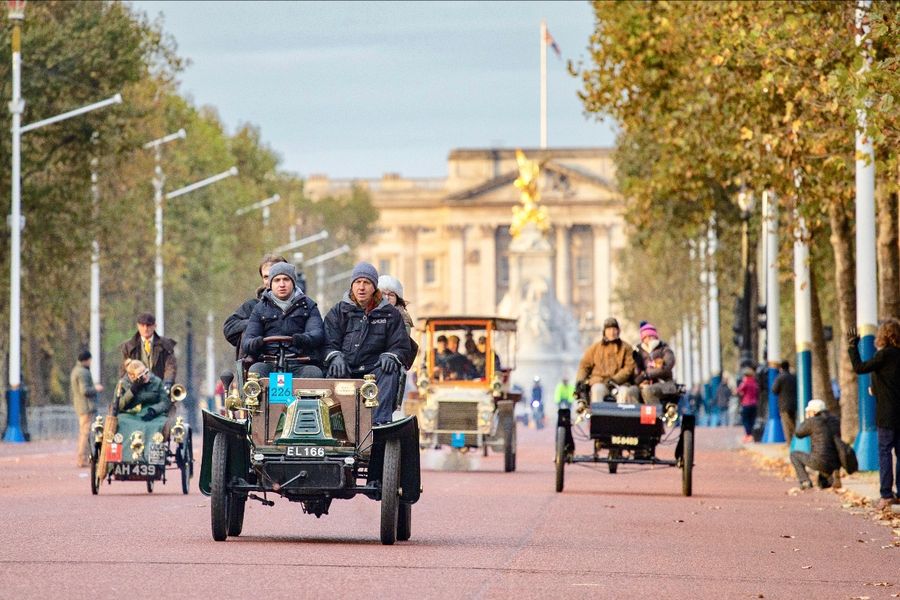 The clocks went back by one hour last Sunday… but this coming weekend they will be going back more than 125 years as hundreds of veteran cars set off from London on their annual pilgrimage to Brighton on Sunday 3rd November.

An extraordinary entry of more than 400 pre-1905 cars will leave Hyde Park as dawn breaks, ready to tackle the epic 60-mile drive from capital to coast as the world’s longest-running motoring event gets underway.

The Veteran Car Run - dating back to 1927 - was founded to commemorate the Emancipation Run of 1896 which celebrated the new-found freedom of motorists granted by the ‘repeal of the Red Flag Act’. The Act raised the speed limit to 14mph and abolished the need for a man carrying a red flag to walk ahead of the cars whenever they were being driven.

In the early morning darkness, Hyde Park will be full of the sights, sounds and smells of the past. From 6am a wonderful gathering of veteran cars, their drivers and their passengers - many dressed in period costume - will be preparing for their annual trip down memory lane.

Some of the makes represented ­­– such as Fiat, Renault, Peugeot, Daimler, Vauxhall, Mercedes and Benz – will be familiar to today’s motorists. But there are plenty of long-forgotten marques there, too: Daley, Napoleon, Yale, Durkopp, Maxim, Star, Lambert and Gladiator to name but a few.

As ever, the historic event’s unique charisma has attracted a number of star cars and well-known personalities and among this year’s notable machines is Britain’s oldest Fiat, a splendid four-seater vis-à-vis bodied model which will be helping the illustrious Italian company to celebrate its 120th anniversary.

Meanwhile TV personality and classic car enthusiast Alan Titchmarsh will be fulfilling a lifetime ambition when driving a 1902 Mors to the Sussex seaside resort, while fellow TV presenter and motoring guru, Fuzz Townshend, will be behind the wheel of the National Motor Museum’s meticulously prepared 1904 De Dion Bouton.

After the traditional pre-dawn tearing up of the red flag, they will be among the hordes of remarkable cars and well wrapped-up crews being flagged away from Hyde Park as the sun rises at 6.56am.

Three- and four-wheelers - mostly petrol-driven but with eight powered by steam plus a quartet of pioneering electric vehicles including a 1901 Waverley owned by Harrods – will depart for the coast at first light to the delight of the hundreds of thousands of spectators lining the route to cheer on the hardy participants.

After leaving Hyde Park, the veterans will drive through Admiralty Arch, down Constitution Hill, past Buckingham Palace and onto the Mall, before heading down  Whitehall to Parliament Square. Then, as a result of roadworks at Bridge Street (the link between Parliament Square and Westminster Bridge), a small but necessary amendment has been made to the route out of London with all the cars now set to travel over Lambeth Bridge.

Once south of the river, and as successfully introduced last year to alleviate traffic issues in south London, the route will split into two with half of the field following the A23 through Kennington, Brixton and Streatham while the other half will take the A3, A24, A217 and A236 over Clapham Common and then through Tooting and Mitcham.

The two routes will then merge once again on the A236 north of Croydon with all cars reunited as they head to the spectator-friendly halfway point at Crawley. 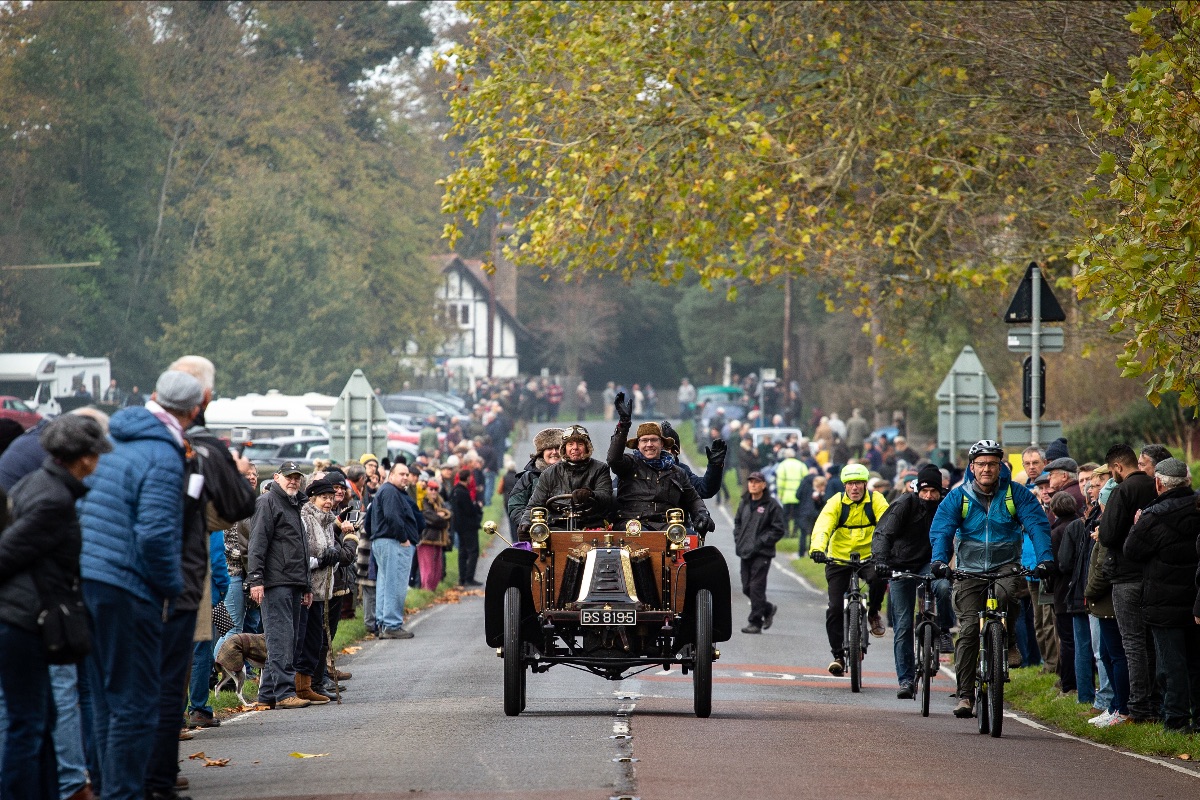 Crawley High Street  marks an important stage on the Run as it’s not only where members of the public can enjoy great spectator views and the chance to pose for a photo in a stunning veteran car thanks to our relationship with Run partner, Gatwick Airport, but it also marks the start of the A. Lange & Söhne Regularity Time Trial; the only competitive element of the event. Finishing 13 miles away in Burgess Hill, the Time Trial requires drivers to get as close to a chosen average speed as possible.

After Burgess Hill, the Run tackles the scenic but demanding roads through the villages of the Sussex South Downs, passing through Hassocks and Clayton where the route joins the A23 for the final run into Brighton and the welcome finish on Madeira Drive.

Aside from the start, timings are approximate with the first cars expected at Crawley from 8.20am with the last leaving by 2.00pm. The first car is due at the Madeira Drive finish shortly after 10am while to be sure of a finishers’ medal to celebrate a punctual arrival at Brighton, participants need to make it to the finish before the 4.30pm curfew.

Aside from Hyde Park, Crawley and Madeira Drive, the organisers have suggested the following locations as popular viewing points:

“Seeing all these lovingly maintained cars is more than a spectacle. It’s a piece of living history, a reminder of the fearless motoring pioneers who, literally, paved the way for all of us,” said Miles Wade, Club Secretary of the Royal Automobile Club.

The Bonhams Veteran Car Run is a  Royal Automobile Club event and is the final act in the Club’s annual London Motor Week – seven days filled with a whole range of functions and events to suit all motoring tastes culminating with the free-to-view Illinois Route 66 Regent Street Motor Show on Saturday 2nd November and the world-famous Bonhams London to Brighton Veteran Car Run on Sunday 3rd November. Some events are open to the public while others are invitation only.