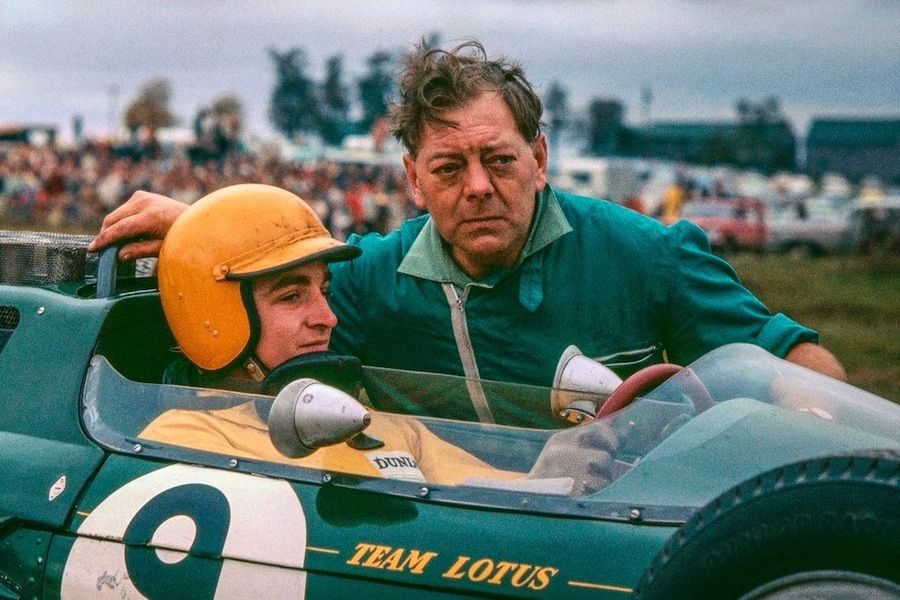 Whilst we often talk about the ’greats’ of motorsport, there are many drivers who were eclipsed simply by being around when the sport’s greatest drivers were at their peak. One such driver, of considerable calibre, was Trevor Taylor.  Here Stephen Lathamq investigates this often overlooked talent:

Born in Gleadless, Sheffield, UK, on Boxing Day 1936, Trevor Taylor grew up around cars due to his father’s Ace Garage business and was supported by him in his racing. An early motorsport involvement came when he and his brother Mike built a Ford powered special called the X100. At one point they fitted a makeshift hard top to it and entered the Yorkshire Rally but it was so cold that they gave up and went home, much to their father’s disgust.

After competing in sprint events with X100 Trevor eventually became the sole driver and Mike loyally continued with him as mechanic. In 1955 his father bought a Triumph TR2 for Trevor to drive in local club races and sprints, which was replaced after a few years with a JAP engined Staride F3 machine.

Eventually, they acquired a Cooper Norton, which had belonged to Stuart Lewis Evans and painted it black, with Trevor wearing a yellow crash helmet and specially commissioned yellow Les Leston overalls, which were to become his trademark when every other driver was in the pale blue Dunlop overalls or good old-fashioned white. Ten victories in 1958 earned him the British F3 Championship.

1959 in Formula Two would prove a tougher time. Whilst racing Ace Garage’s Cooper T51 in F2, he began to progress after a slow start to the season, despite a non-qualification for the British GP, and took a sixth place finish in the London Trophy at Crystal Palace. He won at Rufforth and was ninth (and fourth in class) in the season ending F1/F2 Silver City Trophy at Snetterton.

Formula Junior Beckons
Trevor and his father decided to move into Formula Junior and while at the Racing Car Show, they were offered a deal by Colin Chapman. He found himself teamed with Jim Clark as a works driver for 1960 (although with Trevor paying for the car). They formed a dominant partnership and he took wins at Aintree, Crystal Palace (twice), Silverstone, Brands Hatch (twice) and Goodwood.

At the season’s final race he and Clark had the same number of wins, second places, third places and fastest laps. However, Clark had to miss the round as he was competing in Formula One1, so Trevor suggested to Colin Chapman that they share the championship and that was put to the RAC, who accepted the proposal.

Regarding Formula Junior, Trevor stated how much he owed his father for making it all possible: “We had the best of everything. If we needed some more wheels, or a new engine, we just went out and got them. He always gave me whole-hearted support and never skimped on anything.”

Trevor continued in Formula Junior the following year with a Lotus 20 (with Peter Arundell as team mate) and took the championship with wins at Snetterton, Oulton Park, Goodwood, Aintree, Crystal Palace, Solitude and Reims. He was also given an Grand Prix debut outing with a Lotus 18 at Zandvoort after Innes Ireland suffered a crash in practice at Monaco. He finished thirteenth.

Joining the F1 Elite
Despite Innes Ireland taking the team’s first Grand Prix win at Watkins Glen, he was dismissed and Trevor was promoted to the GP team. At the end of that year, Lotus contested several South African races. He finished second in the Rand GP at Kyalami, though he suffered a heavy crash in the Natal GP at Westmead after his suspension collapsed.

This was followed by a radiator breaking in the South African GP at East London. However, in the Cape GP at Killarney on the second of January, after swapping the lead several times, Jim Clark spun and Trevor stayed ahead for the final ten laps to take the victory.

In his 1962 World Championship campaign he started well with second to Graham Hill at Zandvoort, though suffered mechanical issues and his best finishes would be eighth in Britain and France and he also had two major accidents.

At Spa, after resuming the race following a spin, he became involved in a battle with Willy Mairesse’s Ferrari but the nose of the Ferrari touched the rear of the Lotus and tapped Trevor’s gearbox into neutral. This caused the engine revs to rise and the car snapped sideways.

“I was heading straight off the road,” said Trevor, “but I honestly think that Mairesse’s Ferrari then saved my life. It hit me again and straightened my car up slightly. If it hadn’t, I’d have gone straight off into a bank. As it was, I shot down a ditch and Willy hit a telegraph pole, rolling his car over in flames.”

The telegraph pole fell down and hit the Lotus just behind his head though he fortunately escaped without serious injury but Mairesse spent several weeks in hospital recovering.

At the French GP in Rouen, John Surtees and Maurice Trintignant were pulling off the circuit at the end of the race but were prevented by gendarmes who were lined up in front of the pits. Trevor came across the cars as he arrived at full speed over the brow and locked his front wheels as he steered towards a gap between Trintignant’s car and the straw bales.

He described how he could see “there was only room for the monocoque without its wheels: “I ducked down low in the cockpit, thinking 'Ah well, Trev – here we go again’, and came shooting out the other side like a sausage.”

Non-Championship Formula One
In non-championship races he was third at Solitude and there was a shared win at Mexico City, after his car was handed over to eventual race winner Jim Clark. At the end of the year, competing in South Africa again in the December he was second at the Rand GP and won the Natal Grand Prix at Westmead.

However, after winning at Westmead, Chapman later reprimanded him for not slowing and waiting for Clark! Following on from his handing the car over in Mexico, Jim Clark later presented him with a Rolex watch, inscribed with 'winner, 1962 Mexican Grand Prix.’ Trevor had nothing but praise for Jim Clark, declaring him to be “the best of all time. I know that it is difficult comparing different drivers from different eras, but I will always consider Jim Clark to be the very best.

“I raced against him, he was one of my contemporaries. But there was no way I could compete with him. He was born to it.” He also regarded him highly as a person, saying “He would never do anything behind your back, he would rather help you than hurt you. He was a truly gentle character.”

In 1963, in non-championship races he took a strong second at Pau, plus further podiums at Aintree, Silverstone and Karlskoga and his best World Championship result was sixth in the opening race at Monaco.

That season Trevor was also responsible for Team Lotus’s livery of British Racing Green with a pronounced yellow stripe. When the team arrived to compete in 1963’s Indy 500 the organisers refused to allow them to race as they considered green an unlucky colour so Trevor suggested the stripe as a compromise and the officials relented.

Unfortunately, during practice at Spa, something on the car broke and it spun, struck a low wall head-on and bounced off into a wooden observation hut. Although the Lotus was badly wrecked, he emerged shaken and bruised then returned to the pits and went out in the spare car to make sure he did sufficient qualifying laps.

“The Big One”
During that year’s Mediterranean GP at Enna, he survived probably his biggest crash, when he was thrown from his Lotus at more than 100mph. Lorenzo Bandini’s Ferrari slid wide in front of him then its wheel showered him with rocks, with one rock going into his mouth while the other knocked him out. The car hit the guard rail and rolled, threw him out onto the track and then launched itself back over the guard rail where it burst into flames. Trevor bounced and skidded down the track and luckily only suffered grazing and severe bruising. Mike Spence replaced him for Monza though he returned for Watkins Glen and East London.

Colin Chapman suggested he take a sabbatical after the end of 1963 and then return to Lotus but he wanted to continue racing so signed with British Racing Partnership for 1964. But that is a story for another day…