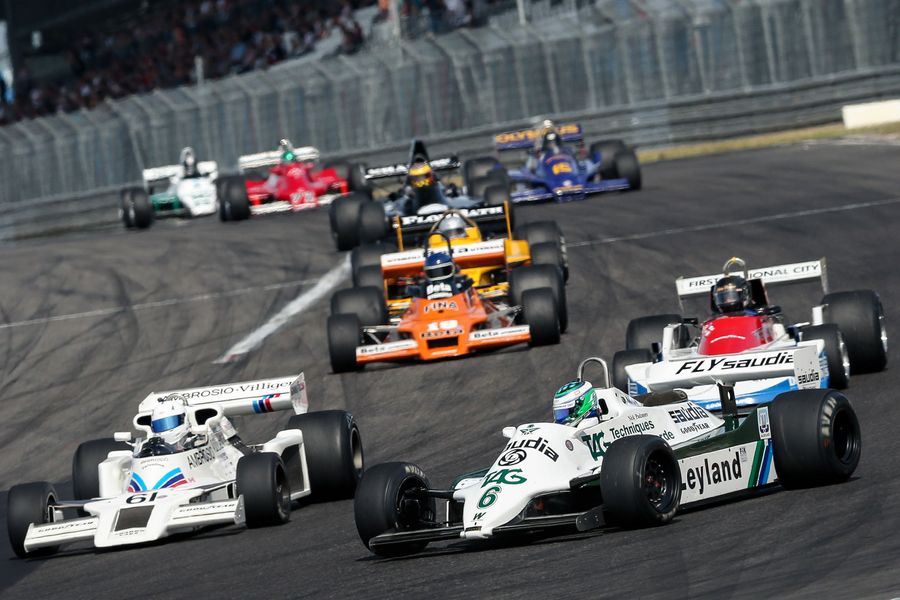 The reputation of the AvD Oldtimer Grand Prix as one of the most distinguished events in historic motorsport is not only the result of its tremendous fields because there is a lot more to see and discover on the entire complex besides the 20 races and regularity tests of the weekend. While track highlights include the FIA Masters Historic Formula One field, as ever there are plenty more attractions to entertain any visitor.

Even before the event starts visitors will have a chance to satisfy their curiosity by taking a look at many of the vehicles: on today (8th August) test and setup sessions were scheduled to start at 8.30 am at which many participants will put their historic cars through their paces once again. Practice sessions on the Grand Prix circuit will start on Friday morning and on the Nordschleife classics and young classics as well as exclusive sportscars will meet for the Track Day starting at 9.00 am. By the way, admission around the legendary ‘Green Hell’ is free. In addition, there will be a lot to see on Saturday and Sunday morning as well – for instance, historic rally cars and pre-war cars will be on the grid as well as the cars from selected marque clubs.

The Historic Paddock plays a special role at the Nürburgring. Here, in the only original paddock that has been preserved from the pioneering days of motor racing, the relevant racing cars are presented in proper style. It is the field of the Vintage Sports Car Trophy with its pre-war cars that start to their regularity tests on the Grand Prix circuit and tours on the Nordschleife and roads around the Nürburgring from here. 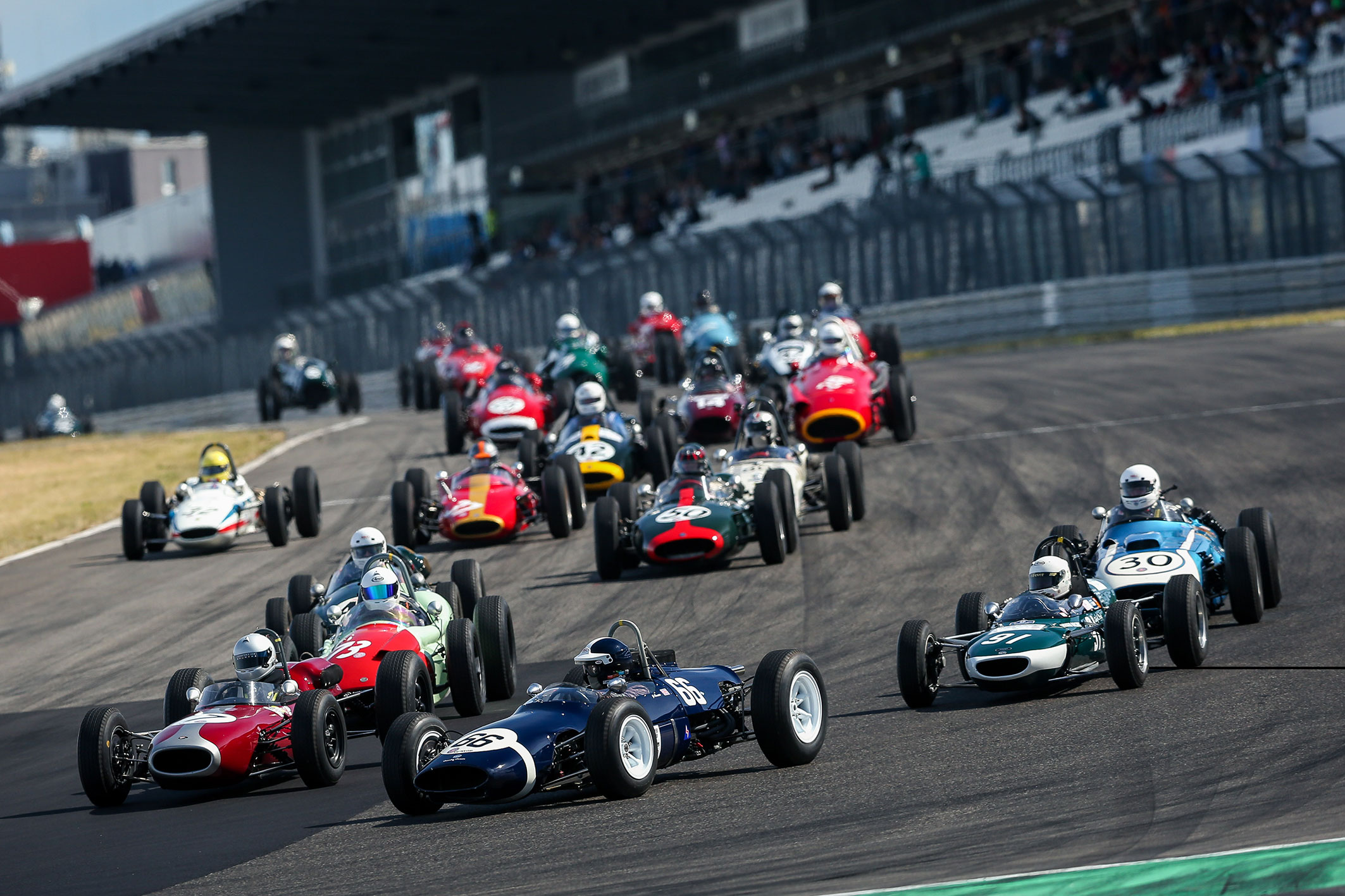 Those taking a peek into the garages will not only discover how tight the conditions were in the days of Caracciola but also find a huge Polaroid 20x24 Land Camera producing instant XXL-size (50 x 60 cm) pictures. The replica of a Ford T will be isplayed as an eye-catcher in the marquee at the centre of the square: the car in which Juan Manuel Fangio started his racing career in the 1920s will bring back memories of the triangular circuit at Nideggen. A small exhibition documents the history of this track that preceded the Nürburgring.

The rally cars from the 60s and 70s located in the venerable square surrounded by the garages will be interesting sidelights. They belong to the ‘Slowly Sideways’ special-interest group that will be out on the Nordschleife on Saturday and Sunday morning with vehicles ranging from the factory Trabant to Walter Röhrl’s Group B Audi quattro. For many visitors, the Grand Prix Paddock is a place not to be missed – not only because this is where (nearly) all racing cars of the weekend can be found in the tents or garages. In addition, this area will feature numerous exhibitors and sellers with highly attractive offerings.  Special cars will be on display in the Motor Klassik marquee: the special-interest magazine will feature a special Abarth exhibition to celebrate the anniversary of the Italian carmaker.

Skoda extends an invitation to an autograph session with seven-time German Rally Champion Matthias Kahle, plus an exhibition of the participating cars that are privately owned and those from the factory museum. A two-seat Skoda Laurin & Klement BSC from 1908 – the only one that has been preserved -- is a special highlight. During the “open door” events at the weekend the cars are explained by experts.

Volvo is also bringing special historic vehicles to the event: two PV544 in rally trim from the factory museum in Gothenburg are travelling to the Nürburgring. One of them is the original winning car from the 1965 Safari Rally. Audi will provide a glimpse of the future of motor racing too: for the second time after its premiere at the Goodwood Festival of Speed, the Ingolstadt-based brand will present the R8 LMS that will hit the race tracks next year. Also worth visiting will be TÜV Rheinland, offering experts talks as well as a view of Volker Strycek’s team. His team, centred on the original DTM Opel Omega, is integrated in the stand.

At the ‘Meet the Cars & Drivers’ event, visitors will be able to get in close touch with the cars and people that drive them – plus marvelling at another parade of dream cars because 20 Ferrari Dinos will meet here, gathering around a freshly restored Dino that will lead the races of the Italian sportscars as the pace car. It took part in the legendary Marathon de la Route at the Nürburgring as far back as in 1971 where it was fielded by the Ecurie Francorchamps. But those are not all of the fantastic sportscars to be seen from Italy – after all the Maserati Club Deutschland will be meeting right next door and Alfa Romeo is traditionally represented at the AvD Oldtimer Grand Prix as well: between the marquee of the German Alfaclub and the stunning racing cars of the Scuderia del Portello there will be  a lot to be discovered, including an Alfa Romeo 6 that was converted into a safety car at the time. 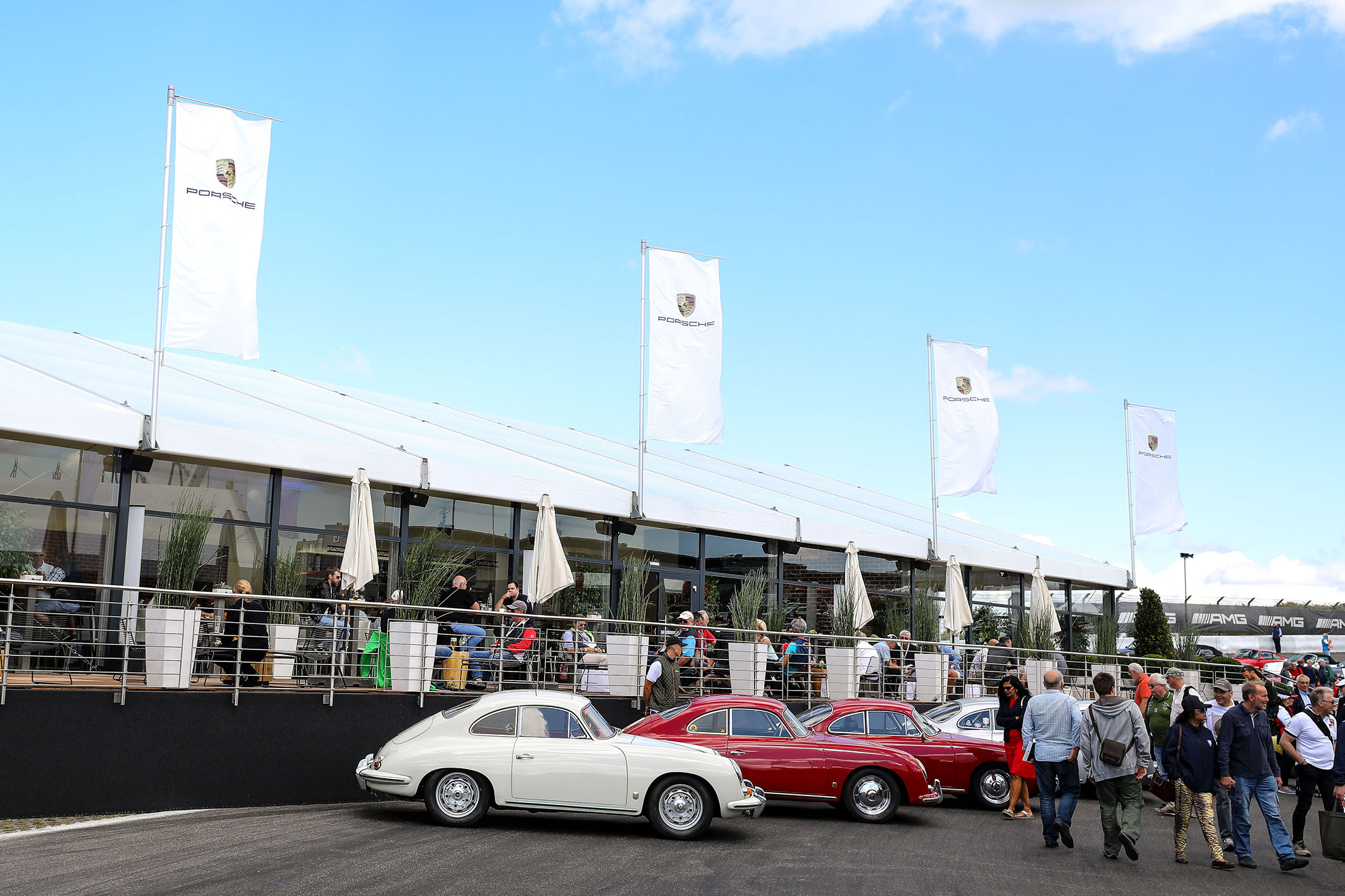