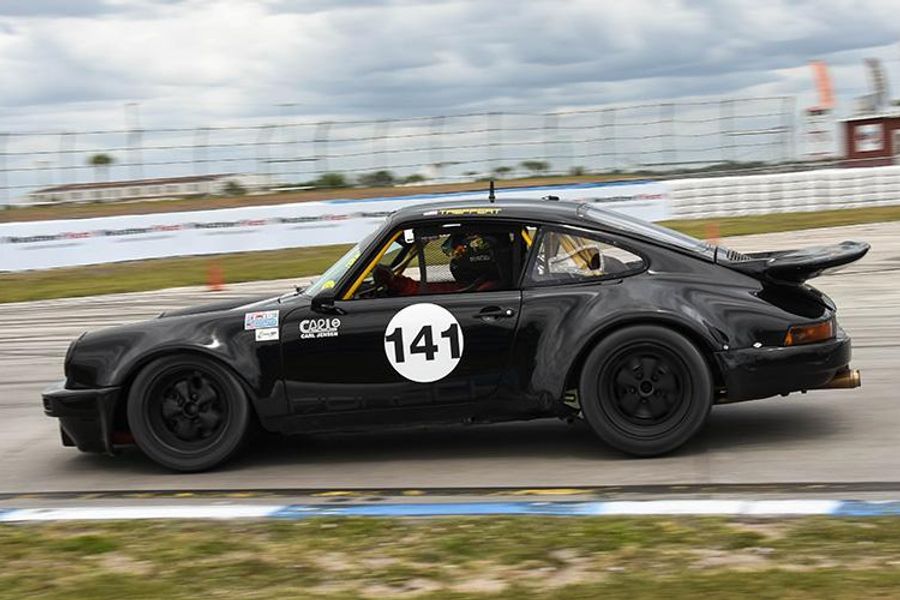 On Friday, Treffert took the overall and Porsche-class win in the Sasco International/American Challenge race. He backed that victory up with two more checkered-flag triumphs on Sunday, including an overall and GT Classic (CTC) division win in that morning's B.R.M. Vintage/GTC Endurance Challenge.

Treffert shared the top step of the podium in the B.R.M. Endurance Challenge race with Vintage-class winner John DeFord in his 901 Shop 1970 No. 57 Porsche 914/6.

Sunday afternoon Treffert closed-out his strong weekend with a first-place finish in the HSR Classic RS Cup race. Second place went to Mike Banz in his Heritage Motorsports 1974 No. 13 Porsche 911 RSR while Craig Sutherland crossed the line third in the 1974 No. 301 Porsche 911 RSR.

The Classic RS Cup ran in conjunction with the first 2019 HSR Global GT race of the season that saw Henri Sicotte take the victory in his GT Racing 2010 No. 88 Camaro GT.R.

Sicotte topped an all-Canadian podium, sharing victory lane with second-place Sergio Pagliaruli in his 2006 No. 55 Porsche 997 GT3 Cup and third-place finisher Gilles Nadeau in his 2016 No. 03 Porsche Cayman GT4

The Global GT win was Sicotte's second victory of the HSR Spring Fling weekend, following a win earlier on Sunday in the WeatherTech Sprint Group 9 race.

Additional multiple race winners at the HSR Spring Fling included competitors that swept both the Saturday and Sunday doubleheader rounds in their respective WeatherTech Sprint classes.

Another highlight of the HSR Spring Fling weekend was a vintage class for "PreWar" and other classic cars at least 70 years old. Both WeatherTech Sprint races in this featured class were won by Dan Leonard in his 1949 No. 409 MG TC Special.

Next up for HSR competitors is the 42nd HSR Mitty, Round 2 on the 2019 HSR Schedule, which takes place at Michelin Raceway Road Atlanta, April 25-28.