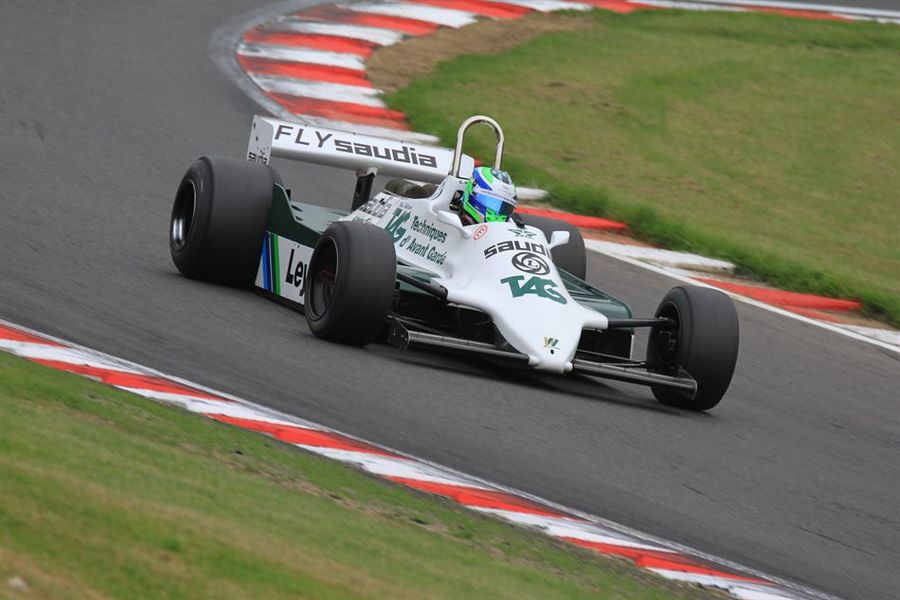 Masters Historic Racing is celebrating the achievements of its champions after another superb season of competition. With titles won in FIA Masters Historic Formula One, FIA Masters Historic Sports Cars, Stena Line Gentlemen Drivers Pre-66 GT and Pre-66 Touring Cars, there were some worthy winners after an all-action season.
The FIA Masters Historic Formula One Championship was secured by Nick Padmore in Max Smith-Hilliard’s Williams FW07C, who took 12 race wins and secured the crown with the final two races, at Jarama, still to run. The season began with Belgian driver Loic Deman taking two wins at Zolder, but once Padmore was installed in the Williams, there was no stopping him. Third place fell to Greg Thornton (Lotus 91/5) who claimed honours in the final races in Spain.
The Pre-78 division for the earlier cars was claimed by Michael Lyons who dovetailed a busy season of historic racing with modern GT cars. Lyons, in the family’s Hesketh 308E took eight race wins to score the title and the Fittipaldi class honours, chased by Max Smith-Hilliard (Shadow DN5) and Jason Wright (Shadow DN8). Other F1 classes were won by John Delane’s Tyrrell 002, which won the Stewart class, and Ian Simmonds (Tyrrell 012) who won the Lauda class.
The FIA Masters Historic Sports Car Championship was secured by Keith Ahlers/Billy Bellinger in their Cooper Monaco King Cobra, which also topped the pre-66 division, while class winners Graham Wilson/Nigel Greensall ended the season just one point behind in Wilson’s Chevron B8.
Father and son Andrew and Mark Owen were third in the championship, while Jason Wright and Mike Donovan tied for fourth as the best of those in the Rodriguez class in their Lola T70 Mk3Bs. Other class winners were Jamie Boot, whose Chevron B16 took the Siffert class, Porsche stalwart Mark Bates who grabbed the Pescarolo class in his 911 RSR and Mark Piercy/Martin Stretton whose Lola T210 won the Marko class.
There was more success for Ahlers and Bellinger in the Stena Line Gentlemen Drivers Pre-66 GT Championship, their Morgan SLR taking the title by three points from their sports car rivals Graham Wilson/Nigel Greensall, this time at the wheel of Wilson’s Lotus Elan, which won the CLP class. Michael Gans/Andy Wolfe wrapped up their class in the best of the rumbling AC Cobras, while Mark Ashworth guided his TVR Grantura to a class title. Thanks to championship associate sponsor FreeM, the champions receive a Schuberth F1 Carbon crash helmet worth £4,000; runner-up Wilson receives a custom FreeM FIA race suit and third-placed Gans gets a pair of FreeM FIA race boots.
The Masters Pre-66 Touring Car Championship title fell to Andy Wolfe who guided his Lotus Cortina to four class wins in five races to secure the title ahead of Mini Cooper S aces Jonathan Lewis and Ron Maydon who tied on points for second in the championship. Craig Davies was the other class winner in his Ford Mustang after a great season that included wins at Brands Hatch and Spa.
All the 2016 champions will feature in Masters Historic Racing’s new artwork that will be launched in advance of the new season.
Masters Historic Racing Masters Champions