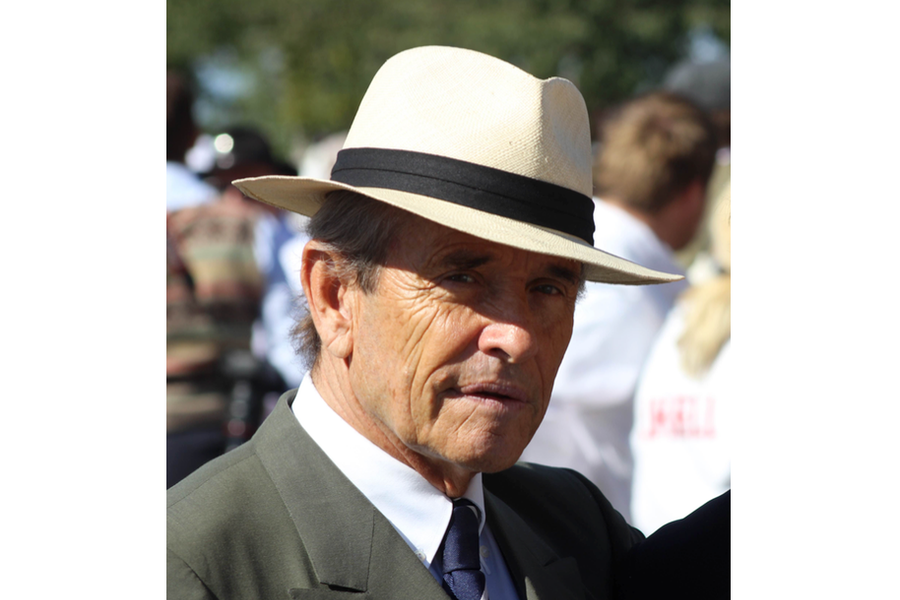 Even among the legends who make the annual Festival of Speed presented by Mastercard the world’s greatest celebration of motorsport and car culture, there is a group who stand head and shoulders above the rest. The ‘The Maestros’ are those rare individuals with the skill, courage and determination to win across multiple motorsport disciplines. Whether on two wheels or four, on tarmac or gravel, tortuous street circuit or high-speed oval, in sprint races or 24-hour marathons, these are the consummate champions.

From 9th-12th July 2020 this pantheon of greats will be the focus of the Festival of Speed, brought to life by the central theme: ‘The Maestros – Motorsport’s Great All-Rounders’. As well as drivers and riders, the event will feature a spectacular line-up of teams and manufacturers who’ve taken on and conquered motorsport’s greatest challenges.

The first Maestro to confirm his attendance at the Festival is a man who has won races on six continents – the brilliant Belgian, Jacky Ickx. His record of achievement includes six Le Mans 24 Hours victories, back-to-back drivers’ titles in the FIA World Endurance Championship, eight Grand Prix wins, the 1979 Can-Am championship, the 1965 European Touring Car Championship, the 1967 Formula 2 championship, two Spa 24 Hour wins, victories in the Paris-Dakar Rallye Raid and Australia’s fabled Bathurst 1000, as well as the Belgian and European motorcycle trials titles that started his career.

Winning in different disciplines has long been the mark of the greatest champions; in the 1930s, former Italian motorcycle champions Achille Varzi and Tazio Nuvolari continued their thrilling rivalry on four wheels at the pinnacle of grand prix and sports car racing at a time when it was far more common for drivers to switch between disciplines, sometimes competing in multiple different races on the same weekend.

There were many homegrown heroes, of course, like John Surtees, still the only man to win world championships on two wheels as well as four, when he switched from motorbikes to Formula 1 and then Can-Am sports cars before successfully running his own team.

Perennial Goodwood favourite Sir Stirling Moss won in Grands Prix, endurance races, saloon cars and even rallying, while his contemporary Jim Clark was twice Formula 1 World Champion, British Saloon Car champion and Indy 500 winner as well as competing in NASCAR and the RAC Rally. Other British multi-discipline winners include Graham Hill, the only man to win motorsport’s ‘Triple Crown’ of Monaco Grand Prix, Indy 500 and Le Mans 24 Hours – a feat which has become the defining ambition of Fernando Alonso’s career.

Drivers from further afield will be represented at the Festival, including American Dan Gurney, who won in Formula 1, sports cars, Indy cars, touring cars, Trans-Am and NASCAR, and the ‘Father of Drifting’, Kunimitsu Takahashi, a Japanese motorcycle champion who went on to compete successfully in Formula 1 and sports cars.

The roster of manufacturers and teams who’ve competed successfully in multiple different forms of motorsport is also a stellar one. Names like Mercedes-Benz, Alfa Romeo, Ferrari, Porsche, Lotus, Honda, McLaren, Ford, Williams, Penske and Ganassi. All of these, and many more, will be represented at the 2020 Festival of Speed, with many of the greatest competition cars and motorcycles ever built.

Jacky Ickx commented: “The Duke of Richmond has built up a monument based on respect and with that special touch that we probably call soul. Without doubt it’s touching to have been invited to such a celebration. Years ago, we were freelance in a way: we could race everywhere, in different categories – it wasn’t a narrow path.

“The driver, however good his talent is, only represents the know-how of the entire team. If you receive a good car, as I have often, it is easy to win. My results and my part in the Festival of Speed are recognising that most of the work was done by people you never see, and I am sure that the event will be another fantastic occasion with a special atmosphere.”

“The heyday of the Goodwood Motor Circuit coincided with a time when some astonishing talent could be seen winning in different cars from one week to the next or even during the same race meeting,” explained the Duke of Richmond. “It is this level of artistry which we will be paying tribute to with our 2020 theme: ‘The Maestros – Motorsport’s Great All-Rounders’.

“I am delighted that Jacky Ickx will be leading the celebrations of this very exclusive group at the 2020 Festival of Speed and bringing together drivers, manufacturers and teams who have been captivating motorsport fans of all interests for so long. It promises to be another thrilling Festival of Speed, celebrating the absolute superstars of the sport.”