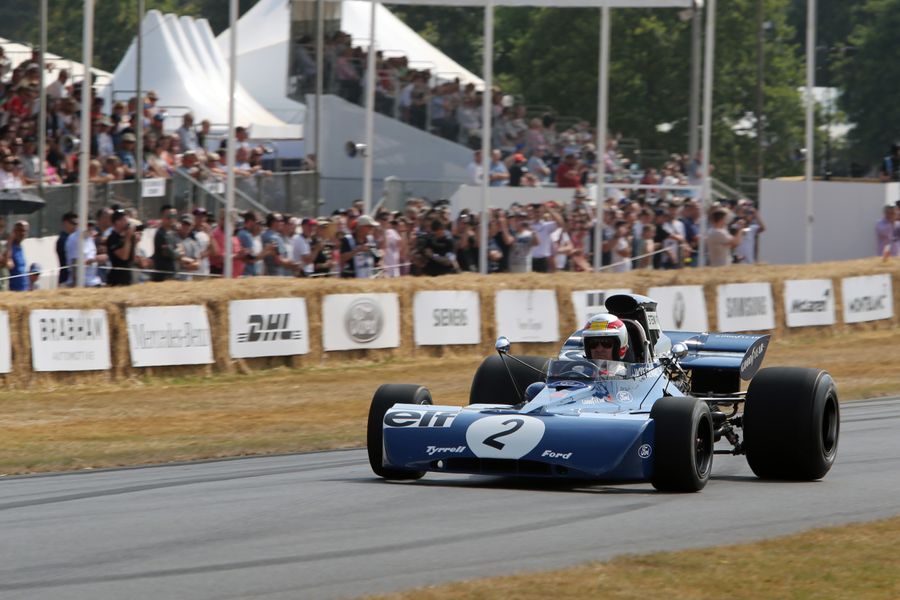 The 90th anniversary of the Monaco Grand Prix will be celebrated at this year’s Goodwood Festival of Speed presented by Mastercard, on 4th-7th July with a unique gathering of previous race winners.

Ever since William Grover-Williams skittered to victory in a bottle green Bugatti Type 35B in 1929, the principality’s streets have come to embody speed, sophistication and drama on a truly epic scale. The list of drivers who’ve won the crown jewel in European motor racing reads like a Who’s Who of motor racing greats, including the like of Nuvolari, Caracciola, Fangio, Moss, Hill, Stewart, Lauda, Prost, Senna, Schumacher and Hamilton.

A number of Monaco-winning cars will be in action on the famous Goodwood Hill on each day of the Festival of Speed. Leading the line-up will be the Maserati 250F in which Stirling Moss held out to take victory from a hard-charging Juan Manuel Fangio in 1956, when the great Argentine champion closed up from almost a minute in arrears to be within sight of the young Englishman at the chequered flag.

Back in the principality five years later came arguably Moss’ greatest F1 victory, when he held the might of the ‘Sharknose’ Ferraris at bay in his underpowered Rob Walker Racing Lotus 18. The winning chassis – which Stirling famously drove with the side panels removed to keep him cool on a hot day – will be a star attraction at Goodwood in July.

Fast forward to the highly charged seasons in which Michael Schumacher and Ferrari sought to usher in an era of red domination against which McLaren-Mercedes offered the fiercest resistance. At the 2000 Monaco Grand Prix, Schumacher started from pole to take a huge lead until Britain’s David Coulthard broke free of the pack and set off in hot pursuit. On that occasion fortune favoured the brave, and the victorious McLaren MP4/15 will sound its familiar V10 fanfare across the land when it howls up the Hill for the Goodwood celebrations, with Coulthard himself at the wheel on Sunday.

Also in action will be winning cars from Brabham, Brawn, Mercedes and Williams, while Monaco race winners Mika Hakkinen, Ricardo Patrese and Mark Webber will be joined by Emerson Fittipaldi (second in 1973), Jacky Ickx (second in 1972) and Richard Attwood (second in 1968) among many others.

“Monaco is the race that every driver who sat in an F1 car has wanted to win and only a select few have ever done so,” commented the Duke of Richmond. “Bringing together such an elite group of cars, and the stories that they have to tell, in order to mark this 90th anniversary year for the race, is a real privilege. It is part of what makes the Festival of Speed such a unique celebration that we can provide the opportunity for F1 aficionados of all ages to see and hear them in action once again.”

Tickets for Saturday 6th July and four-day passes to the 2019 Festival of Speed have now sold out. A limited number of tickets are available for Thursday 4th July, Friday 5th July and Sunday 7th July.