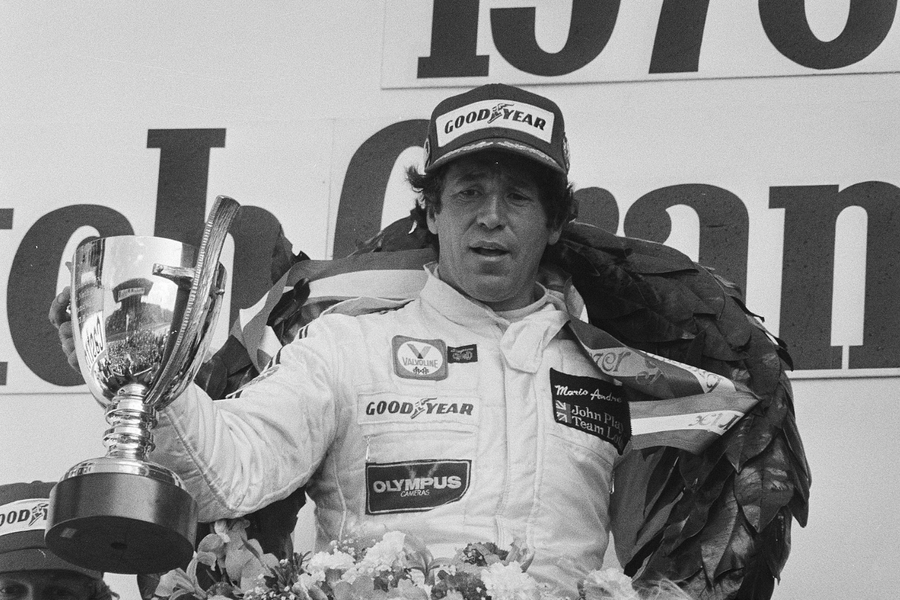 With Mario Andretti - one of the select band of drivers who can truly be called an all-time great - named as one of the 'Maestros’ being feted at this summer’s Goodwood Festival of Speed, it provides the perfect opportunity for a quick reminder of just what the American has achieved in a lengthy career:

Mario Aand twin brother Aldo were born on 28 February 1940 in Istria, Italy (now Motovun, Croatia). According to their mother, as two-year olds, Mario and Aldo would steal the lids of her cooking pots and use them as steering wheels while making ‘vroom vroom’ noises. A formative moment in the teenage Mario’s life was watching Alberto Ascari racing in the 1954 Mille Miglia. Later Mario saw his hero battling Juan Manuel Fangio in the 1954 Italian Grand Prix.

The Andretti family emigrated to the United States in 1955, settling in the town of Nazareth in Pennsylvania where the brothers were overjoyed to discover a half-mile dirt track. After finishing high school, Mario used a fake driving licence to pass for 21, allowing him to race at the Nazareth Speedway in a 1948 Hudson he and Aldo had bought using money earned working at their uncle’s garage.

After their first four races, the twins had two wins apiece but a crash at the end of the 1959 season resulted in Aldo being badly hurt and their parents finding out about their sons’ illicit racing.

Mario’s ultimate goal was always open-wheeler racing, and in 1964 he joined the USAC National Championship, otherwise referred to as Indycar in reference to the season highlight, the Indianapolis 500. The following year, Mario won both Rookie-of-the-Year honours at Indy and the overall Championship in his first full season.

He repeated the feat the following year, and then, as if for variety, won the blue riband event of the NASCAR season, the Daytona 500 in 1967. He was back to championship winning form in 1969, when he also won the big race – the Indianapolis 500 – and the Pikes Peak International Hill Climb, which was then a round of the USAC National Championship.

It was at the 1965 Indy 500 that Mario met Colin Chapman and told the Lotus founder of his ambition to race in Formula 1. Chapman told Mario to call him when he felt ready and, in 1968, Mario took pole position for the US Grand Prix at Watkins Glen in a Lotus 49B.

Although Mario scored his first Grand Prix victory at Kyalami in 1971 driving for Ferrari (for whom he also won the sportscar classics at Sebring and Daytona), it wasn’t until the 1975 season that he entered Formula 1 full time, with the American team Parnelli. When the team pulled out of Formula 1 the following year, Mario returned to Team Lotus, helping it return to competitiveness and lapping the entire field on the way to win the season-ending Japanese Grand Prix. 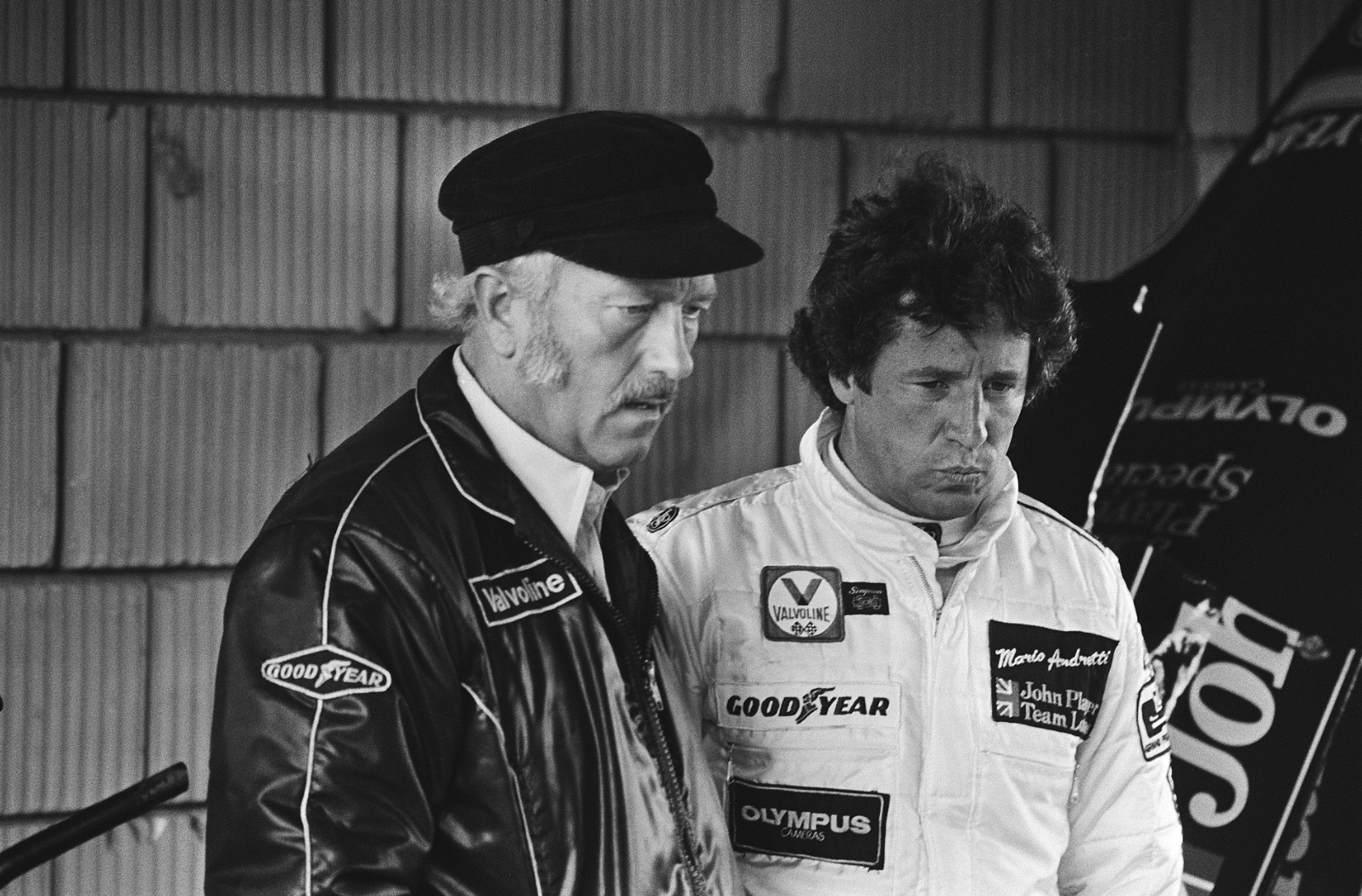 In 1977 Mario became the only American driver to win the US Grand Prix, a record he holds to this day, and in 1978 became the last American driver to win the Formula 1 World Championship. Remarkably, in his championship year, he also contested a part-season of Indycar races for Team Penske, a feat he says was only possible because Concorde made crossing the Atlantic so fast.

Like many of his peers, Mario disliked driving the ground-effect era Formula 1 cars, and in 1982 he returned to Indy Car full time, claiming his fourth championship in 1984 at the age of 44 for the Newman/Haas team. Five years later, Mario was joined at the team by son Michael, making history as the first father and son team to compete in both Indy Cars and the IMSA GT endurance series. Mario’s last Indy Car victory came in 1993 followed by his retirement from the championship in 1994.

Asked about his range of victories, Mario replied: “It was never my intention to do all those things, it just happened, mainly because of my love of driving and of course all those opportunities that I had that will never happen again. I don’t think you’ll ever see another World Champion who has driven in all those disciplines.

“It’s a matter of desire. How much do you enjoy it? How important is it for you to prove you can adapt? When I went to Europe to do Formula 1 everyone said ‘Yeah, okay, but wait until it rains, wait until you have a wet race’, but I had learnt to adapt to different conditions on the dirt tracks.

“Almost every lap on a dirt track you’re looking for grip, changing your line, doing whatever you need to do to find the grip, and that’s what you do in a wet race. You learn to venture into different lines in the rain, and each discipline taught me something very valuable.” 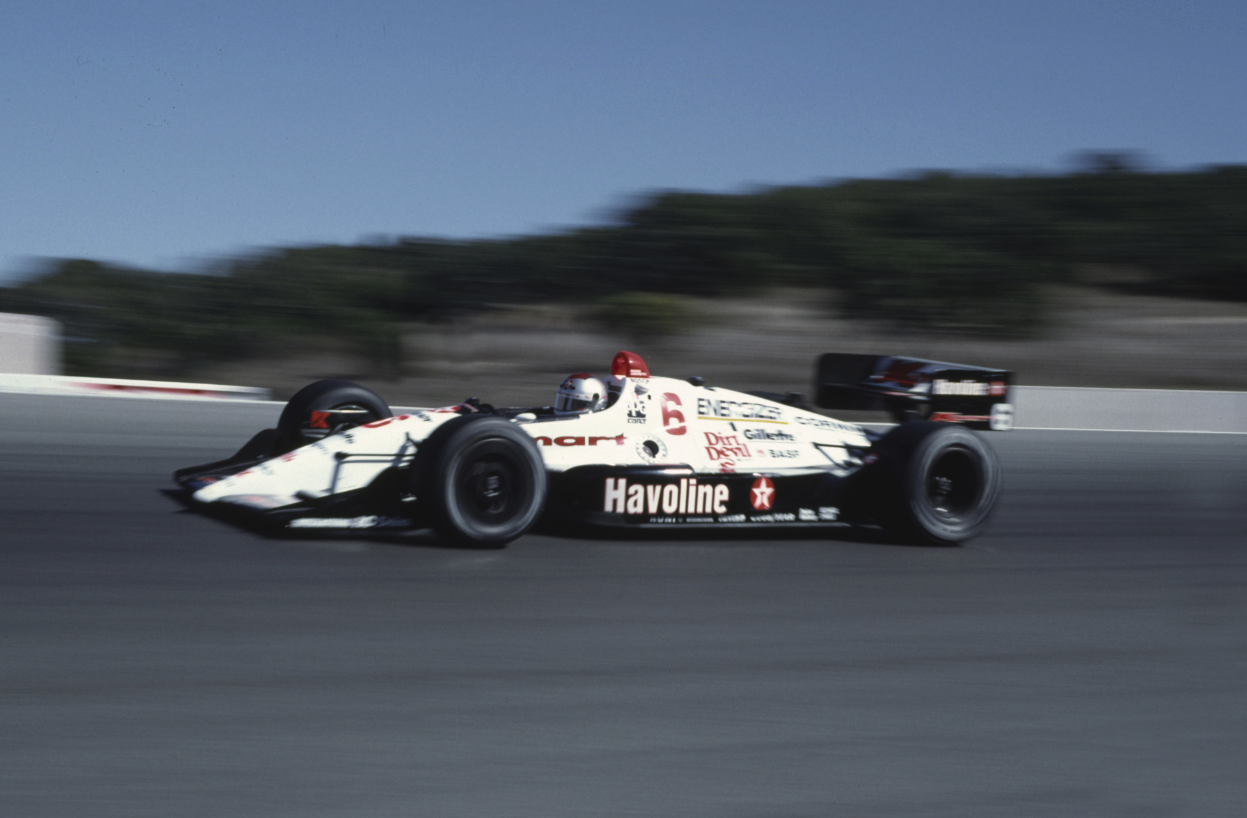