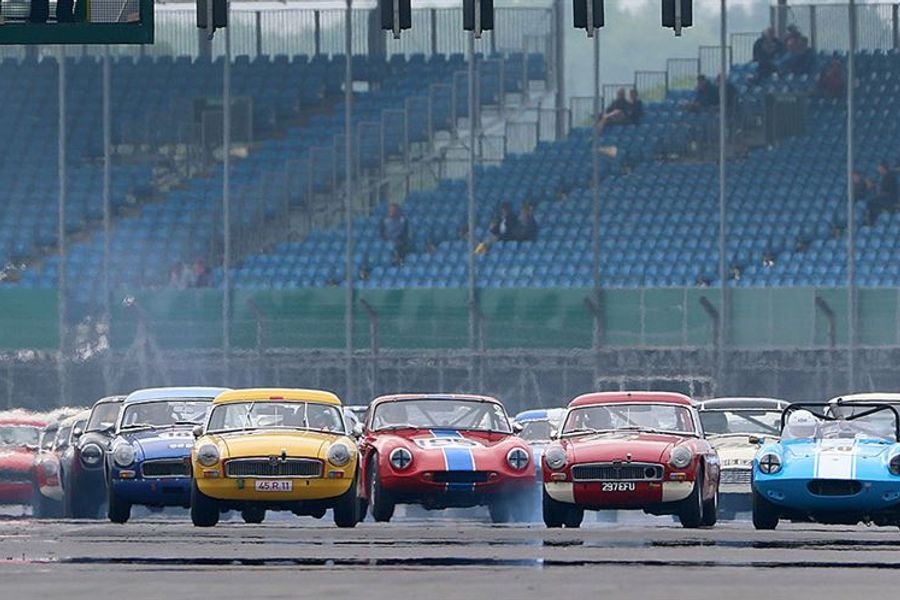 From our contributor Leanne Fahy:
The MG Car Club is set to host their prestigious MGLive! event this coming weekend. The 17th and 18th of June will see the world’s largest MG themed event take over Silverstone for two days of motor racing, car displays, stunt shows and stalls to suit all interests.
Now in its 93rd year, and dubbed a mini Silverstone Classic, the event has grown in size year after year, attracting enthusiasts from all over the world. For 2017 many of the traditional features of MGLive! will return, however there has been a slight makeover magic sprinkled across part of the event.
Starting with the circuit side of the fence, there are 16 races spread across the two days. The club’s eclectic mix of MG series’ and championships will feature heavily, from the remarkable Iconic 50’s machines, including the likes of MGA Roadsters, Austin Healey Sprites and the Elva to the spectacular BCV8 Championship and the ever-popular Equipe GTS and MG Midget and Sprite race cars.
The popular MG Trophy Championship will be a centre piece to the event, with a record 45 cars set to line up on the grid. In a bid to support the long-standing Championship Co-ordinator, Pete Macwaters, in his final year, the MG Trophy fraternity have come together to produce an impressive entry list.
The MG Car Club are known for welcoming an array of other series’ and championships to their events, and MGLive! will certainly be no different. Now cemented as a regular guest appearance, the Porsche Club GB Championship will be present on the Saturday, with two races throughout the day. In a bid to display something different each year, this year’s other guest races will come from the Radical Challenge Championship and the thrilling Masters Pre-66 Touring Cars. With their collection of everything from Mini’s to Mustangs in tow, they are sure to be worth a watch.
Away from the track, the paddock will play host to TV’s Ant Anstead and Mike Brewer, with their Human Gymkhana and Car Clinic. Russ Swift will also return to perform his infamous stunt show. The MG Registers will be out in force, with displays as far as the eye can see.
The infield stalls are filled with everything from an Autojumble and clothing, to food and drink, gifts and a children’s play area. When we say there is something for everyone, we’re not joking,  last year there was even a nail bar.
Once you have exhausted the infield, why not rest your legs and hop aboard one of the double deck buses, to enjoy a circuit tour.