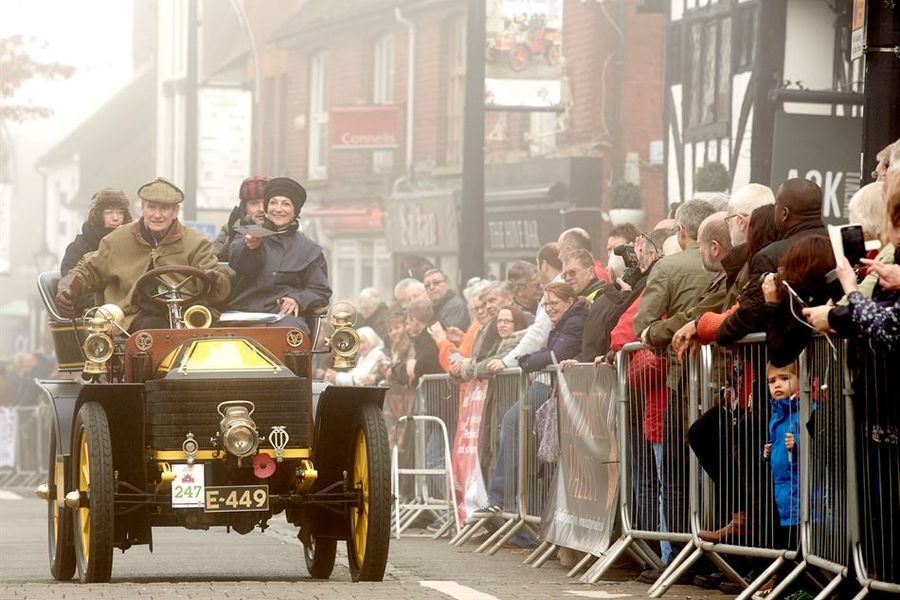 Though not strictly motorsport the London to Brighton Veteran Car Run does commemorate one of the events that lead to cars becoming quicker and more developed and thus to our great sport - it wouldn’t be much fun if everyone was still doing 4mph would it? As a boat to that event, Gatwick Airport, the UK’s second busiest airport, has been appointed the Official Airport and a partner of the 2016 Bonhams Veteran Car Run supported by Hiscox.
The Airport will be providing a warming drink to all participants at the start of the event – not just welcome but also likely to be much needed on an early November Sunday morning – and will be rewarding participants for their punctual arrival at the official finish line in Brighton’s Madeira Drive.
The world’s most efficient single runway airport will also be welcoming visitors to Crawley by providing them with hand warmers and the opportunity to sit inside a veteran car to have their photo taken.  Crawley, a mere three miles away from the Airport is a major viewing area and gathering point where the public can get close to the pioneering horseless carriages.
Ben Cussons, Chairman of the Veteran Car Run Steering Group, said: “We are delighted that Gatwick Airport has come on board as an official partner. It is perfectly positioned in the middle of the run equidistant from both London and Brighton. The supporters at Crawley will certainly receive a warm welcome and a chance to get closer to the action this year!”
Melanie Wrightson, Community Engagement Manager, Gatwick Airport, said: “The London to Brighton corridor is an important UK transport link with Gatwick uniquely placed at the centre of this growth corridor. We are delighted to be sponsoring this year’s Run and are particularly pleased the event will be returning to Crawley, the home town of Gatwick. We wish all the participants a successful event and applaud the pioneering spirit of all those involved in helping to make this event possible.”
This year’s Run marks the 120th anniversary of the first ‘Emancipation Run’ from London to Brighton, which was held in November 1896. It marked the passing into law of the Locomotives on the Highway Act which raised the speed limit for ‘light locomotives’ from 4mph to 14mph and abolished the need for the vehicles to be preceded by a man carrying a red flag.
As tradition dictates, the Run – which has been organised by the Royal Automobile Club since 1930 – will take place on the first Sunday on November, which this year falls on the 6th. More than 400 three- and four-wheelers – all built before 1905 – will take part in the Run.
The Run is just one element of the Royal Automobile Club’s London Motor Week – a seven-day celebration of motoring, which includes an art exhibition, motoring heritage lectures, a motoring forum and a motoring books awards evening. The penultimate event in the week is the free-to-view Regent Street Motor Show, on Saturday 5 November, which turns London’s premier shopping street into a motoring showcase that puts the spotlight on veterans and moderns alike. And just before 7am on Sunday 6 November the Club’s premier event, the 120th anniversary Bonhams London to Brighton Veteran Run supported by Hiscox, gets underway.
London to Brighton Veteran Car Run