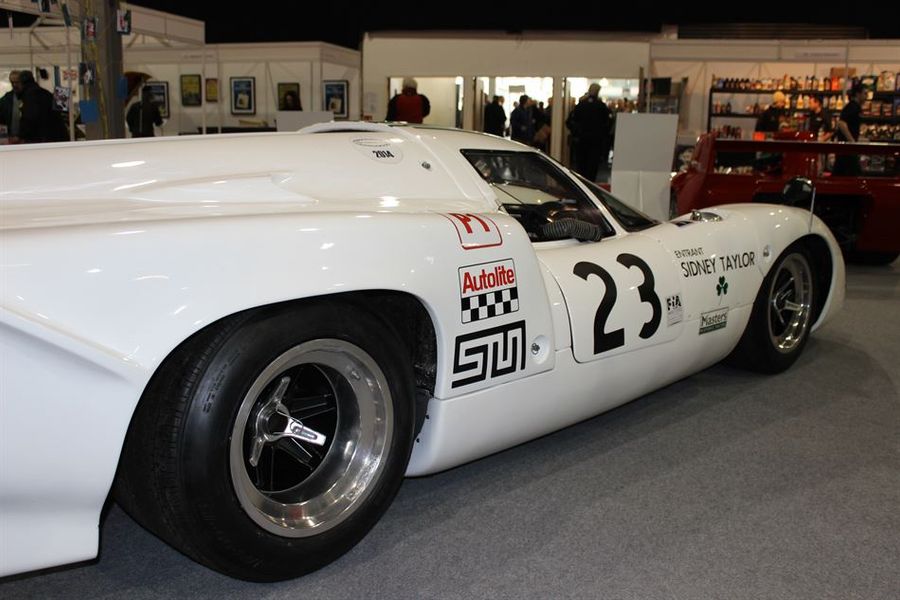 The history of the famous Lola motorsport marque is set for a new era in 2015 with plans for the promotion and expansion of its brand heritage announced yesterday at the Race Retro International Historic Motor Show. The Lola Heritage division has formed  a partnership with the successful operation behind the Chevron name and trademark, Helen Bashford-Malkie & Vin Malkie.

The announcement ensures a complete distinction between the individual Lola and Chevron brands, with Martin Birrane continuing to be the custodian of the Lola name, trademarks and its copyrights. The news confirms a unique step forward for each company in celebrating both of their important Heritage Marques whilst retaining distinct and separate entities. This new partnership confirms renewed and increased Lola Heritage Services in 2015 and beyond.

The achievements of Lola are some of the most famed in motor racing history as through seven decades of designing and building race cars to compete on the International stage, Lola has represented consistent excellence in engineering and technical know-how.  Lola has produced more racing cars than any other marque in professional motorsport history and its designs have won the Indy 500, Daytona 24 Hours, the 1967 Italian Grand Prix and taken a multitude of Le Mans class victories. The Lola T70 is often considered to be one of the most recognisible sports racing cars of all time.

“Lola and the wonderful racing cars it has produced since 1958 has been a deep rooted passion of mine for many years,” said Martin Birrane, who headed up Lola from 1997-2012. “I am proud to see so many of these designs racing around the world. This partnership will ensure that Lola customers the world over get totally authentic and detailed information and practical knowledge.

“It also aims to trigger a new era for the Lola brand with not only exceptional service from a team of Lola experts within the Lola Heritage division together with Helen Bashford Malkie and the Heritage Technical Team based at Antrobus but also the potential for new official Lola continuation series models in the future.”

Chevron Racing Cars Managing Director, Helen Bashford-Malkie also said: “This is a very exciting partnership for us to become involved with. The scope for a thriving and stimulating service for Lola owners is considerable. Together with several Lola experts, we will call upon years of expertise and successful operation in the historic racing field to ensure the Lola name is represented with all the values that it has always symbolised.”

The new alliance between Lola and Chevron in its 50th Anniversary year will also offer the manufacture of components for pre-1990 Lola cars.  This authentic and informed service will utilise the official Lola drawings archive, trademarks, IPR and Lola brand which are retained and maintained by Martin Birrane and his team to an exacting standard. The Lola heritage division will continue to inform and interact with Lola owners and enthusiasts worldwide.