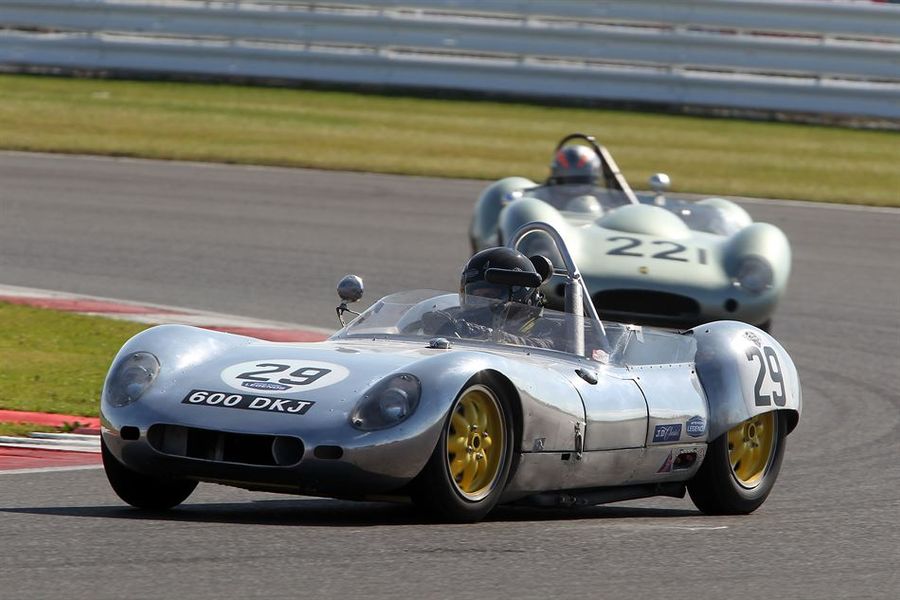 Picture: Lola Mk1 Prototype
Following the recent passing of Lola founder Eric Broadley, the Motor Racing Legends team have today announced a special Eric Broadley Tribute award to be presented to the fastest Lola in the Stirling Moss Trophy race at the forthcoming Silverstone Classic.
The special trophy will be presented by the Chairman of Lola Group Holdings Ltd, Martin Birrane, who took over the running of the Lola Group in 1997.
Martin generously agreed to donate this special trophy to honour the race car designer and creator of over 330 original designs, many having 100s of iterations. This brings the total number of cars created in the last 20-years to over 4,500 including some of the most iconic models ever created. Martin commented “Having been a customer of Lola in the early 1970s, I got to know Eric who was a quiet, determined, good humoured entrepreneur.”
“Eric’s creations will live on beyond all of us. Lola, the brand he carved in stone, will still be remembered as one of the greatest names in motor racing a century from now.”
Motor Racing Legends Stirling Moss Trophy (for pre-61 sports racers running to period specification) is set to impress as one of the feature races at this year’s Silverstone Classic. A full grid of 50 cars will line up for the race on Saturday morning - amongst them many famous sports cars of the era including Jaguar D Type, Lister Knobblies, Lotus 11 and 15 models and Cooper Monacos. But amongst the line-up is an unprecedented entry of five Lola Mk1s including Keith Ahlers’ Lola Mk1 Prototype – one of the very first models to roll out of Eric Broadley’s workshop in Bromley, South London in the late 50s.
Motor Racing Legends Chairman Duncan Wiltshire commented “We are delighted to have Martin Birrane with us at this year’s Silverstone Classic, and with five Lola Mk1s in the Stirling Moss Trophy race it is the perfect opportunity to remember and honour a true Motor Racing Legend.”
Qualifying for the Stirling Moss Trophy will commence on Friday 28th July at 10.04 with the fifty-minute race starting at 10.20 on Saturday 29th July.