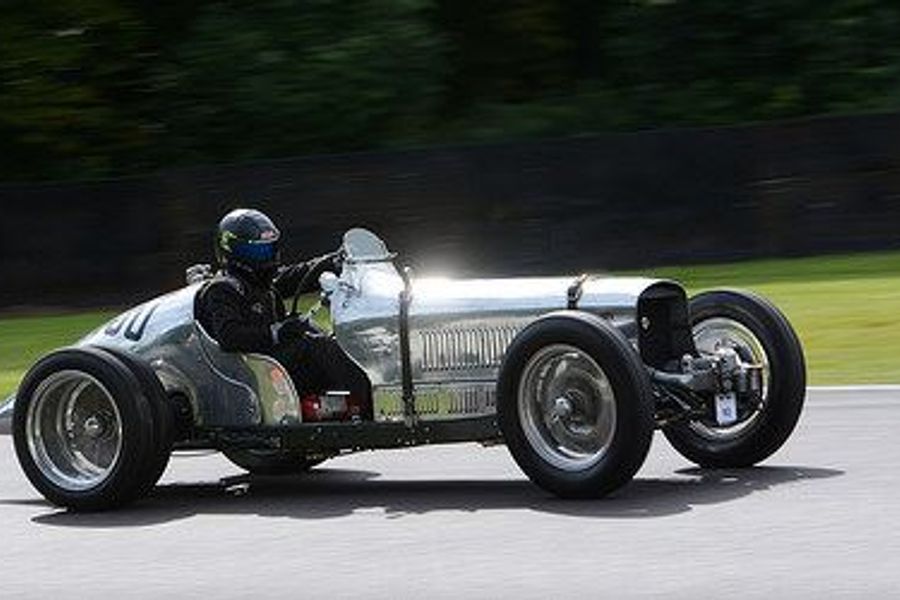 The Vintage Sports-Car Club has announced Tom Hardman Limited as sponsors of the live timing services at the VSCC’s Race Meetings throughout the 2016 season, in association with the club’s nominated timekeepers, HS Sports Ltd.
The online service will provide live coverage from each of the five VSCC 2016 race meetings, Silverstone (23rd of April), Oulton Park (21st of May), Cadwell Park (24th of July), Pembrey (20th and 21st of 21 August) and Mallory Park (24th of September). Whether at the circuit watching from the grandstands or following the action from home, followers of the VSCC’s racing will be able to see real-time, lap-by-lap updates from each and every event of the day’s programme.
Led by long-time club member Tom Hardman, Tom Hardman Limited (THL) have been selling vintage and pre-war road and racing cars, from their office in Skipton, Yorkshire and showroom, at Foxfields Country Estate near Clitheroe since 2010. In addition to his sponsorship, Tom is also a regular competitor across the VSCC’s race and speed calendar of events in his 1935 MG Bellevue Special.
VSCC club secretary Dave Salmon said: “Tom is keen supporter of the Club and so I am very happy to welcome Tom Hardman Limited as one of our main Race sponsors for 2016 and I hope that the live timing services which they are supporting will become an integral part of our future Race Meetings.”
“As a keen Race Competitor myself I really can see the additional benefit that live timing will add to our activities,” explained Hardman, “for both fellow Competitors and Spectators alike. Since starting Tom Hardman Limited it has always been an ambition to find a suitable sponsorship opportunity with the VSCC, and one where it there would be a direct benefit to fellow Club Members. As such I am delighted to begin this association and become the official sponsor of the live timing provided by HS Sports Ltd.”
HS Sports Ltd The Vintage Sports-Car Club Tom Hardman Limited