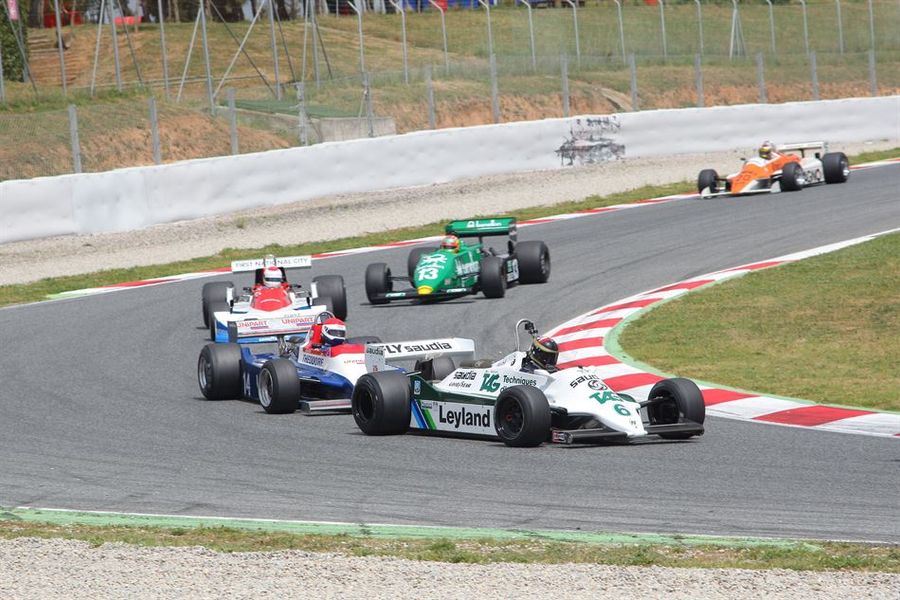 Masters Historic Racing has revealed its calendar for the 2016 season, which will feature eight European events with two new venues included in the schedule.
The season will begin at Zolder in Belgium (April 9th and 10th), with the popular FIA Masters Historic Formula One Championship and FIA Masters Historic Sports Car Championship headlining a new Masters Festival co-promoted with the circuit and featuring the local Belcar series. The annual Brands Hatch Masters Historic Festival will be next, taking its traditional late May slot (May 28th and 29th), before Donington Park plays host to its own Masters Festival on July 2nd and 3rd. Both these UK events will feature three-hour races for Pre-66 cars, as well as the Championship rounds for the four Masters Championships.
The Masters main grids then take the centre stage at existing, historic weekends, starting at the ever-popular Silverstone Classic, which moves to a week later next year on July 29th to the 31st.. Three Masters categories will feature two weeks later at the annual Oldtimer Grand Prix (August 12th to the 14th), on the Nürburgring GP circuit. Masters will provide F1, Sports Car, GT and Pre-66 Touring Car grids at the Zandvoort Historic GP, an event which attracts a huge crowd, in the Netherlands on September 2nd to the 4th, before moving to Spa two weeks later as part of the Six Hours event (September 16th to the 17th) with races for F1 and Sports Cars, Gentlemen Drivers, Pre-66 Touring Cars and 70s Celebration.
The Masters European season closes at the new Espiritu de Jarama event, outside Madrid, on October 14th to the 16th, headlined by the final rounds for the FIA Masters Historic Championships.
An exciting addition to the Masters calendar is a presence at two USA events in Florida. Endurance races for Masters Pre-66 cars will feature at the HSR-run events at Daytona International Speedway (10th to the 13th November) and then on to Sebring for the Historic event there on the 1st to the 4th of December, offering competitors some late-season sunshine at two iconic venues. More details on those events are planned to be released by organisers shortly along with further innovations for the Masters European season.
Masters Historic Racing’s Rachel Bailey said: “We are very excited about our 2016 calendar. Circuits like Zolder and Jarama are new to our schedule but a perfect fit for our range of cars. Coupled with visits to some of the best existing historic European events and two new Stateside races for our Pre-66 cars into the autumn months, we think we have something to offer all our competitors for the 2016 season.”