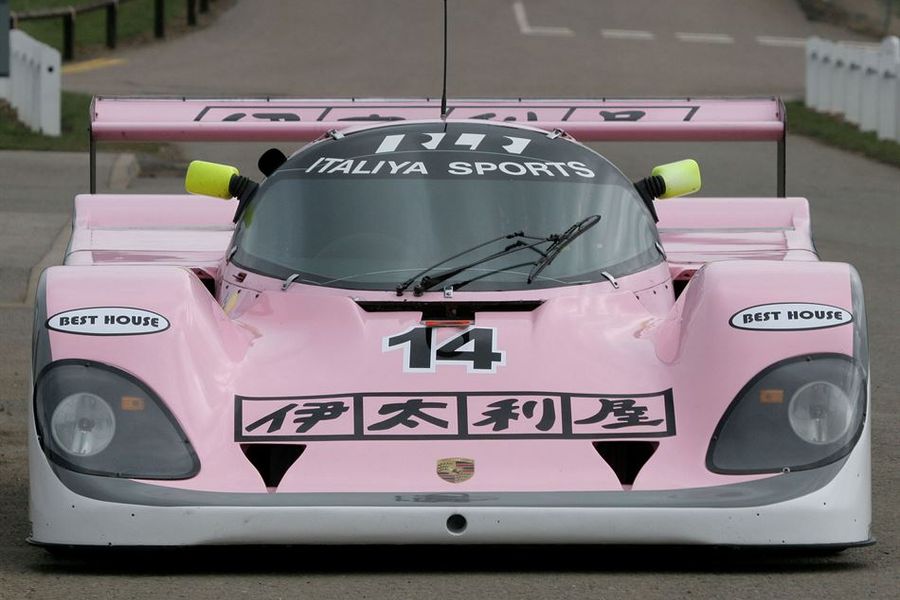 Like most people we have a soft spot for the Group C era sports cars that contested the World Endurance Championship in the 1980s, and one very significant Porsche 962C from that era has just hit the market, It is 962C-201, the third of the cars built for Richard Lloyd Racing that featured a Nigel Stroud-designed aluminium honeycomb chassis, and the car scored the last-ever WEC podium for the 962 when it took third in the 480km Montreal ‘Sprint’ race in the hands of Manuel Reuter and Steven Andskar in September 1990.
The car made its race debut in the 1989 Le Mans 24-Hour race in the hands of Damon Hill, David Hobbs and Andskar, wearing black and silver ‘Raika’ livery, retiring from 11th with an oil leak as the sun rose on the Sunday having completed 228-laps. The Stroud developed RLR cars, often labeled 962 GTIs, featured a number of changes to the 962s built by the Porsche factory with, in addition to the revised chassis that included a carbon fibre bulkhead, a centre mounted rear wing, changes to the nose design and the front end aerodynamics, and distinctive ‘spats’ shrouding the rear wheels at some circuits.
Eligible for the Peter Auto-run Group C series that runs at a number of high-profile European historic event, the car is in the distinctive pink and white livery it wore later in period, with a three-litre flat six Porsche engine fitted with Bosch Motoronic engine management.
The car is now on offer at Maxted-Page with ‘Price on Application’ - but given that they had one of the other RLR 962s on sale for £750,000 last year, their coyness about price may be due to the fluctuating exchange rates of the last few weeks. If you are tempted, full details and picture gallery is at:
http://www.maxted-page.com/cars/c361/details
Porsche Group C Porsche 962 For Sale Richard Lloyd