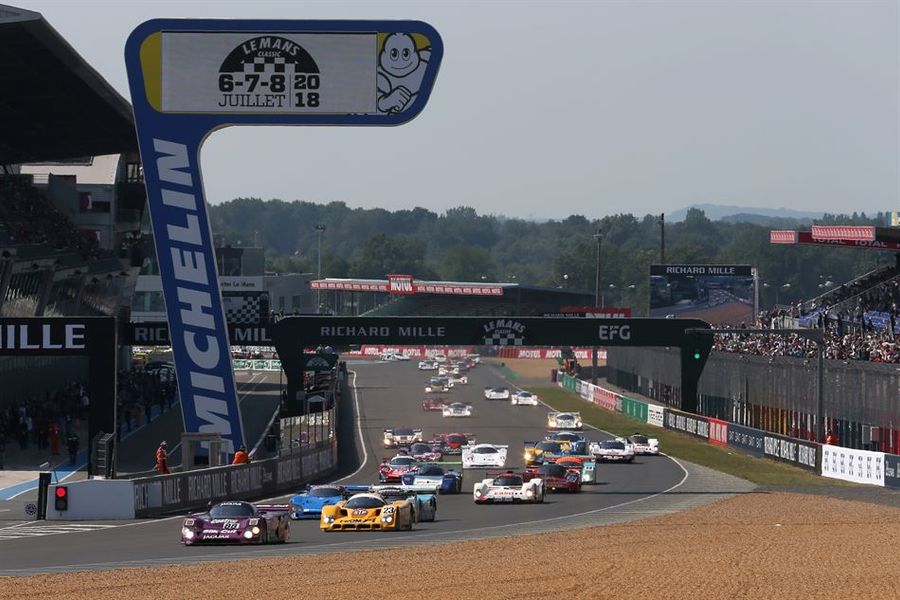 Click on the Video tab to see the race (and we know the commentary is in French but hey, just think back to those French lessons in school and wish they had extended the vocabulary to include motor sport terms)

The Tommy Dreelan and Aaron Scott took their Porsche 962C across the line first in the Group C race at the Le Mans Classic, but hours after the race the win was given to second placed Michael Lyons’ Gebhardt C91. The race at the Le Mans Classic was a confused affair, with multiple retirements, a safety car period during the pit window and varying yellow and slow zones breaking up the action.

The Jaguar XJR-12 shared by Ivan Vercoutere and Alex Mueller led the field away from pole at the rolling start, but lost out once they reached the straight as Katsu Kobota went past in his Nissan R90 CK. Kubota ended the lap three seconds clear of the Porsche, who in turn was five seconds clear of Michel Lecourt’s 962, which has the Spice of Rob Huff right with him.

There was a yellow flag zone already at the Ford chicane as the C2 qualifying pacesetter Philipp Scemama spun his Spice, for the second time on the opening lap, this time ending up in the gravel. When a slow zone was added earlier in the lap it caused confusion as the leaders finished their second lap, Kubota slowing way less than the second placed Porsche as they reached the flags at the Ford chicane, the Porsche seeming to treat the section of track as a second slow zone, Kubota crossing the line with an advantage of over 40-seconds.

Huff had dropped to fourth at the end of lap two, and was not to finish the lap as he retired the Spice with a mechanical problem. the second-placed Porsche again slowed the rest of the cars through the Ford Chicane, the pack accelerating like a restart once they reached greens but once more it handed a Kubota an extended lead.

The yellow Nissan was by now over a minute and half clear, but on lap four it snaked under braking for one of the chicanes on the Mulsanne, Kubota doing well to gather the car up after a left-rear puncture. Other dramas were going on round the track, with a number cars stopped, the Toyota 85C of Hisashi Kunie and Toshiya Ito suffering a dramatic front blow-out that scattered bits of rubber and Toyota across the track, while another car dropped oil through Indianapolis and down to Arnage.

The cumulative effect of all the drama was the safety cars were dispatched, Kubota able to crawl back to the pits with no one passing him as the yellow flags flew, virtually all the front runners taking the opportunity to make their pit stop – in fact only three cars out of the lead 30 did not follow Kubota into the pits. 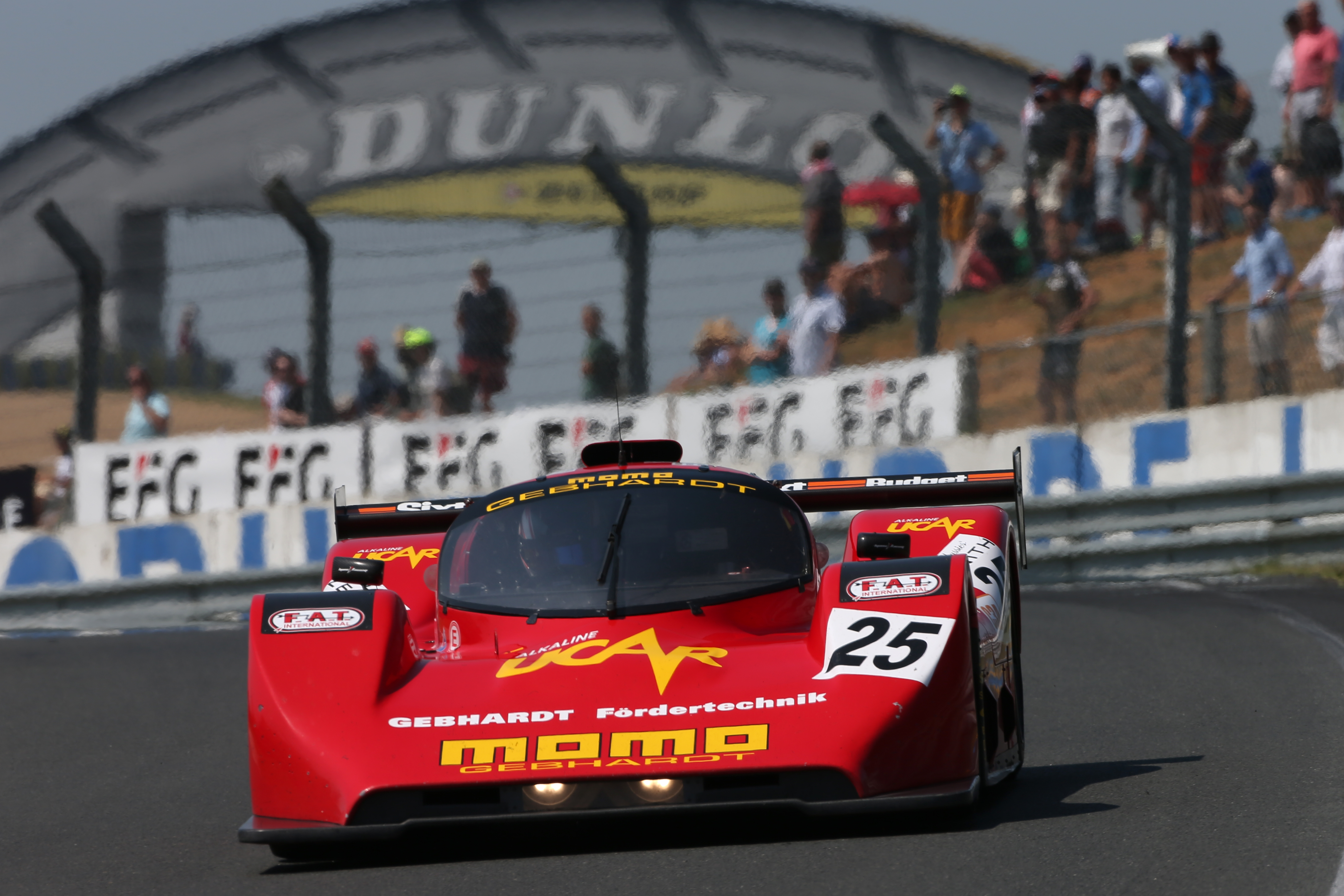 Once everyone had rejoined one of the two safety car trains, the Porsche of Dreelan and Scott that had been running fifth had somehow managed to just make the rear of one queue while the others had to wait for the next safety car. While the Leyton House liveried 962C circulated in a queue of two cars behind the white safety car, the rest of the top ten were behind the black car – and crucially half a lap back.

The field was released for a final three laps of racing, and even those laps proved a test, the Raymond Narac/Michel Lecourt Porsche that had run second early on and fourth behind the safety car retired near the pit entrance just after setting fastest race lap in Lecourt’s hands, and then Kubota suffered another left-rear problem, going straight on at Mulsanne corner before retiring.

This saw Michael Lyon’s perseverance pay off, the Gebhardt quick through the corners bit obviously losing out to the turbo cars one the straights. From fifth once racing resumed, Lyons was second over the line, Shaun Lynn coming through in his Jaguar XJR-9 to take third.

After the race the winning crew, and others in the race, were called to meet with race officials. Opinion in the paddock was that this was due to the Porsche going through the lights at the end of the pitlane when it should have stopped, and some time after fresh results were issued which saw the Dreelan/Scott Porsche dropped to 23rd.