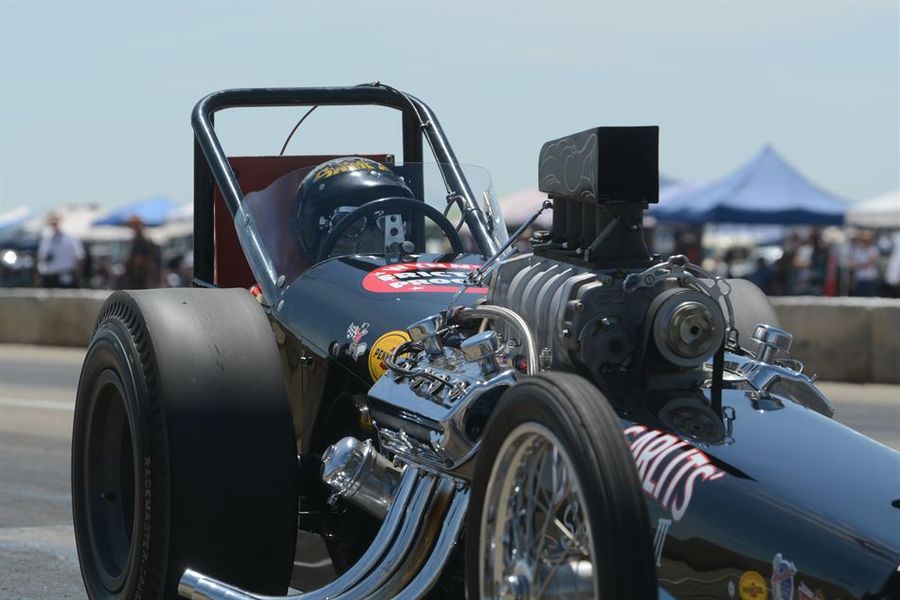 WeatherTech Raceway Laguna Seca will be hosting an influx of legendary drag racing personalities and vintage drag cars in the paddock at the Spring Classic Showcasing Nitro Revival on May 18-20, an event which also features vintage car racing and historic motorcycle exhibitions on the 2.238-mile road course. Surrounding the event, drag racing legends are going to gather in the courtyard of the InterContinental® The Clement Monterey® located on Monterey’s famed Cannery Row waterfront street for Nitro Night on Friday, May 18, from 5 to 7:30 p.m.

The restored Swamp Rat III dragster originally campaigned by “Big Daddy” Don Garlits and Tom Hoover’s “Fishbowl” dragster will be on display in the courtyard area along with Ed “the Ace” McCulloch’s ’32 Ford Victoria street rod. Garlits, arguably the greatest drag racer of all-time, will take part in an autograph session beginning at 5:30 p.m. alongside multiple other International Drag Racing Hall of Fame members during his rare West Coast appearance.

Mike Dunn, a 22-time NHRA Top Fuel and Funny Car winner who drew praise for his insightful commentary during his 14-year run as an ESPN analyst, will be hosting a “Hall of Flame” Q&A discussion with a panel that includes Garlits, McCulloch, Hoover, “TV Tommy” Ivo, Gary Beck, and Marvin Graham. From his own experiences that range from winning Indy to being upside-down or on fire at 300 mph at various drag strips around the country, Dunn is well-versed in his role as moderator of the spirited exchange.

Drag racing-themed drink specials and meals will be available. The event is free and open to the public.

Vintage drag cars and racing personalities will be present in the paddock throughout the Spring Classic Showcasing Nitro Revival event at WeatherTech Raceway Laguna Seca with special activities taking place on Saturday, May 19. Push-start demonstrations on pit lane are scheduled for 12:45 p.m. Following the afternoon’s road course activity, a formation of nitromethane-powered dragsters will have their engines roar to life in a “Line of Fire” mass fire-up that promises to ignite the senses.

Hot rodding culture will be further celebrated with Ace’s Hot Rod Hangout, an assembly of pre-1973 hot rods and customs. A ticket package to take part in Ace’s Hot Rod Hangout includes admission, paddock parking, and inclusion in a parade lap around the iconic road course. More information about Ace’s Hot Rod Hangout and the drag racing portion of the Spring Classic Showcasing Nitro Revival can be found on www.NitroRevival.com.

Garlits to Star at Nitro Revival