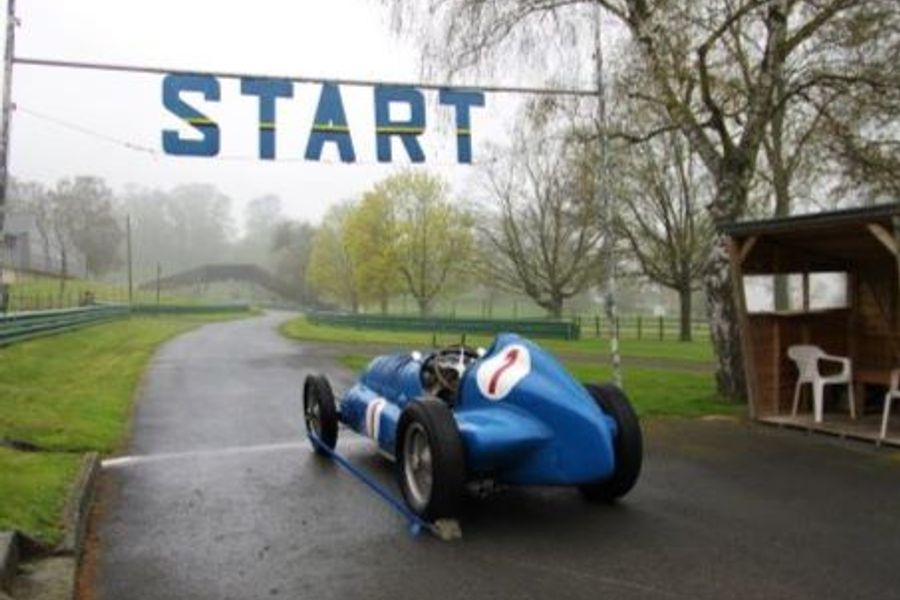 'La Vie en Bleu' returns to Prescott Hill Climb on Saturday 25th and Sunday 26th of  May, the spectacular two-day event including a celebration of fine French and Italian cars, action-packed motor racing, and a host of entertainment.

Bugatti’s from around the world will make a pilgrimage to Prescott to mark the 90th anniversary of the Bugatti Owners’ Club including vintage Bugattis and their mor modern offspring, many of which will take to the historic hill climb course over the weekend.

The Works 59/50B Bugatti will be there, having recently returned to Prescott for the first time in 80 years. The Bugatti Club and Prescott have played a significant role in the history of the car and its famous French driver Jean-Pierre Wimille.

In July 1939 Jean Bugatti competed at the first Bugatti Owners’ Club International meeting and brought the Works Type 59 with an 8-cylinder supercharged 4.7 litre type 50B engine driven by Jean-Pierre Wimille. In his first run Wimille achieved 47.50 secs, later improving it to 46.69 secs to take second place. After the event Jean Bugatti wrote apologising for bringing an unsuitably large car for the hill. Except for a single outing in 1945 at the Coupe des Prisonniers in Paris, the car was never driven again. The car takes centre piece at the Bugatti Trust Summer Exhibition ‘Jean Bugatti and Jean-Pierre Wimille – Prescott 80 years ago’ which runs until September.

Also present will be the ex-John Surtees Ferrari 330 GT, suitably on the  55th anniversary of his Formula One1 World Championship win. Surtees was became the only person to win a World Championship on both two and four wheels and in appreciation of this achievement John was presented with this 330 GT by Enzo Ferrari. 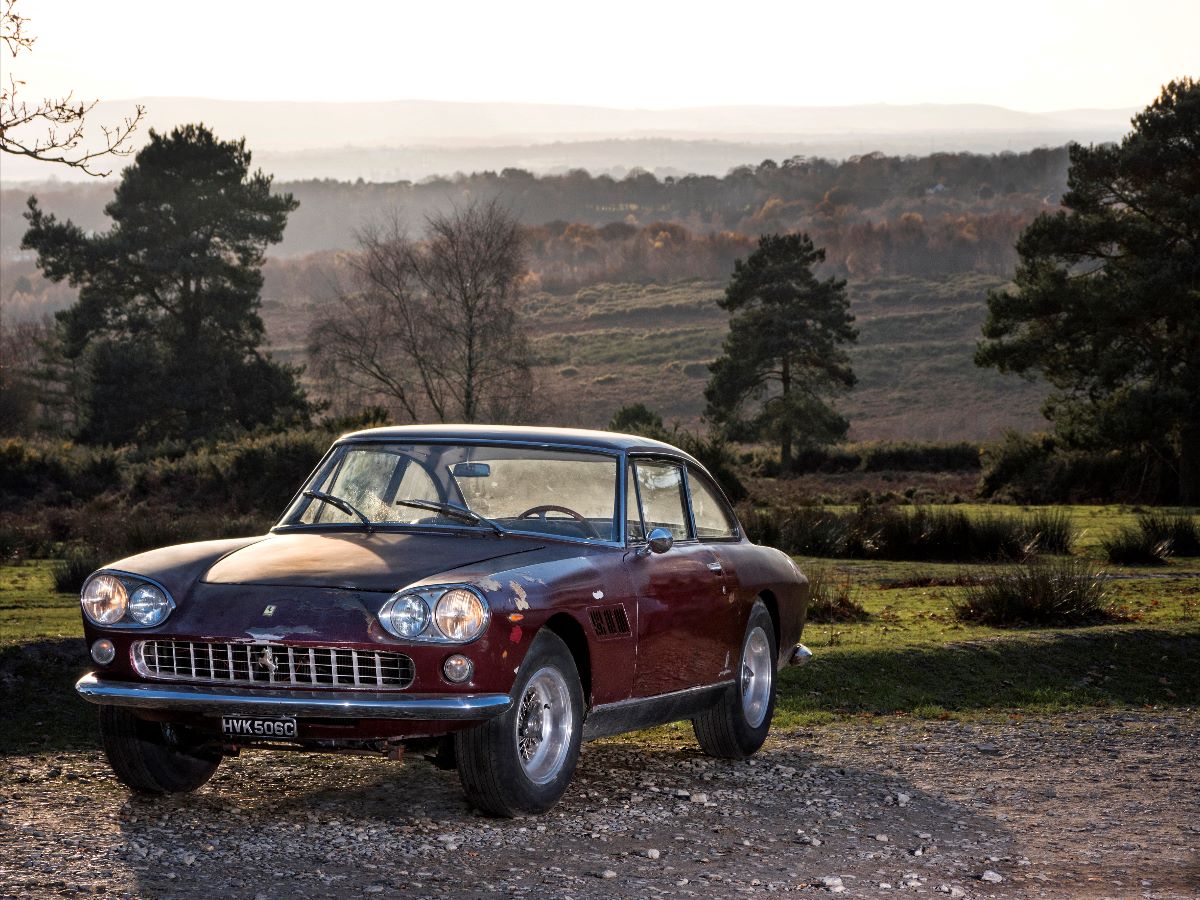 The 3967cc V12 engined car was used to commute between race meetings across Europe. In 1967, the Ferrari was sold to a buyer in Switzerland, moved to the USA then passed through several hands before the current owner discovered it and later learned of the Surtees history. It was repatriated to the UK in 2015 and is kept in its original patina.

The 1912 Bugatti Type 18 ‘Garros’ 5-Litre chain drive racing car is the oldest Bugatti racer in the world, as driven by a young 30-year-old Ettore Bugatti himself.  Only three are known to exist with this example being the first built, and Ettore Bugatti’s own car.  They were produced from 1912 to 1914 and were one of the most important Bugattis of the pre-war era and one of the first street-legal race cars! With a top speed of 100mph and one of the fastest vehicles in the world attracting the attention of aviation pioneer, Roland Garros, one of only seven customers for these 5.0-litre, 100hp road rockets. 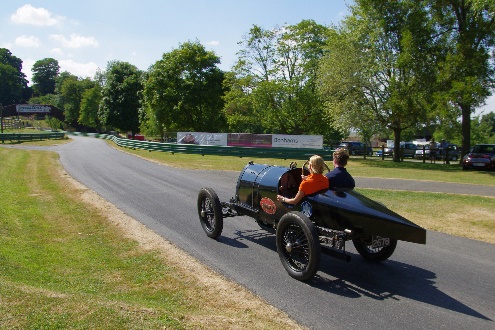 Duncan Pittaway will return to demonstrate the 1911 Fiat S76 land speed record contender 'Beast of Turin' The flame- throwing 28.5-litre Fiat S76 engine is capable of providing an impressive 300bhp at 1800 RPM - enough to propel the car to 116 mph and achieve a one-mile land speed record in 1911.  ‘Beast’ by name, ‘Beast’ by nature - not just how it roars into motion, but how it handles.  Watch Duncan tame it on the hill!

The Fiat S76 is the one surviving example of a pair of land speed record contenders built in 1910 to beat the land speed record, held at the time by Blitzen-Benz. After WWI Fiat dismantled one machine to prevent rival manufacturers obtaining its technical secrets, while the other was purchased by Russian aristocrat Boris Soukhanov. In 2003 engineer Duncan Pittaway hunted down the remains, managed to obtain the chassis from Australia and also track down the S76 engine from its sister car that was dismantled by the automaker. Referring to original drawings and photographs Pittaway and his team rebuilt the powerful automobile over a period of almost 13 years! 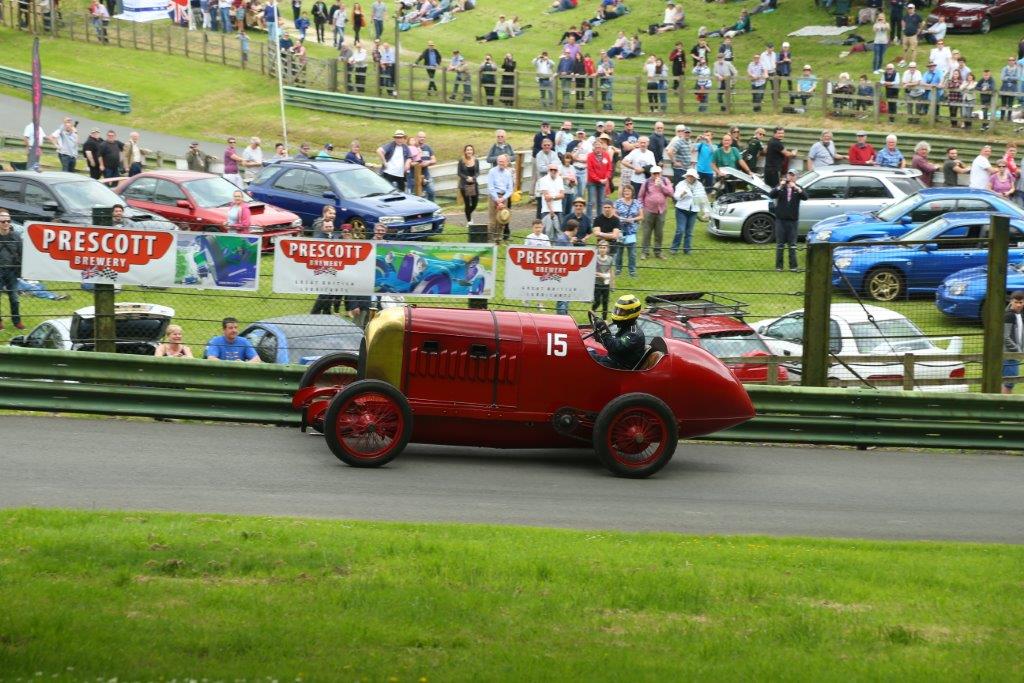