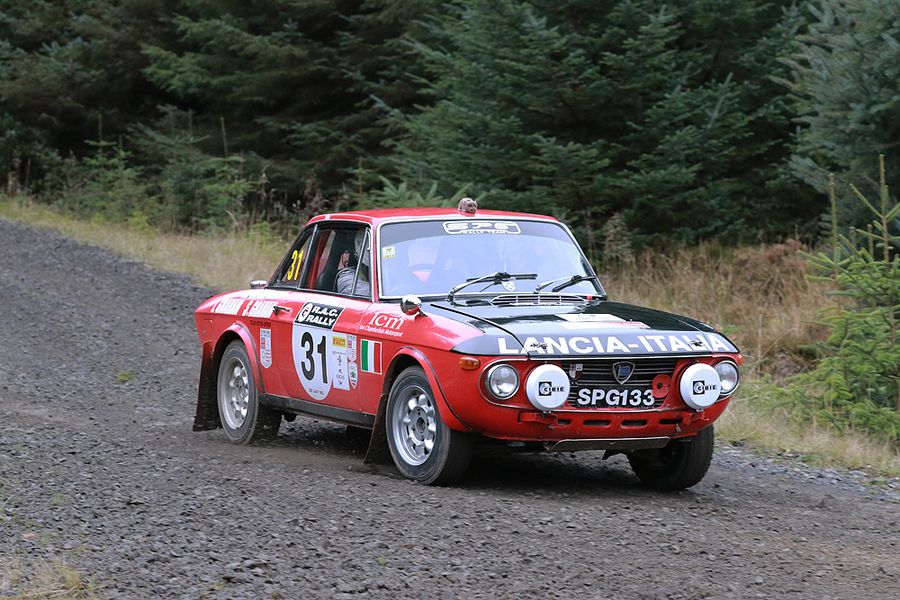 November’s Roger Albert Clark Rally is already looking to be the off-road historic highlight of the year, with a capacity 180 car entry already looking almost a certainty. At the recent Autosport International show we spoke to Rally manager Colin Heppenstall, from the Roger Albert Clark Rally Motor Club, about the already impressive entry numbers – and just what it takes to organise a five-day off-road event:

“We have now received 173 deposits from competitor, we are launching the regulations for the event in two week’s time and we are all looking forward to November.

“To have this level of interest with 11 months to go is amazing, we are allowed to run a maximum of 180 cars due to legislation and we should be there or thereabouts. It’s good for the sport, and shows that there is a lot of interest in historic rallying and a big five day event.

“Having that level of entry already gives us the confidence to go ahead, it’s a huge undertaking organising a  five-day event but knowing we have the competitors who want to come out and have already giving us that commitment gives the organising team the impetus to get out there and make it happen!

“We started working on the organisation and the route about six months ago, and it is pretty much an 18-month period to make it all happen. You have to get approval from Motorsport UK, the Forestry Commission, local agreements with foresters about which roads we can use, and getting all that in place is a big undertaking.

“In two week’s time we have the hard work of driving it all, drawing it, and getting it all on paper. We will go over the whole route maybe four times before the event – drawing it, checking it, then the same again and again until we do a final run through. We also have to do all the spectator safety drawings to make sure their safety is taken to be as important as that of the competitors.

“There is always something that happens at the last minute, and we have to work out in advance a whole series of ‘what ifs’, if we lose one part can we use another and have all those scenarios worked out with the paperwork ready.

“This does seem a boom time for historic rallying, and we are also involved in running the British Historic Rally Championship which will be seven rounds this year starting with Rally North Wales, the Pirelli, and even Ulster for the first time for us.

“We have a variety of cars coming out, not just the Ford Escorts, we have some Avengers and in the older Category 1 cars we have Lotus Cortinas, Porsche 911s, a couple of Volvos, and it is good to have that mix of cars out there. I just really like seeing the old cars out there, as long as it is a historic car in the right specification, for me it is all about seeing those cars competing.”