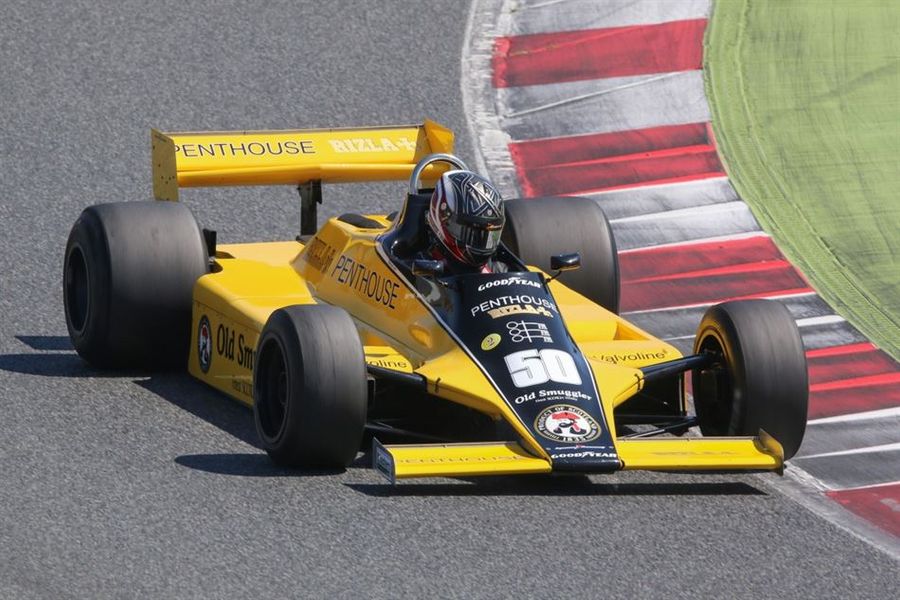 We caught up with Michael Lyons recently – before his FIA Masters Historic Formula One race win at the weekend – to talk about his recent trip to New Zealand and the season ahead in his freshly FIA certified RAM Williams FW07B (pictured above). The New Zealand races saw Michael taking on the potent Formula 5000 cars of the locals, including the legend that is 74-year-old Kenny Smith in the ‘Race of Champions’ recreation which saw the visiting Formula One cars up against the F5000s
“It is always nice to see some sunshine in January and I love it there,” explained Michael “I have almost grown up sharing my time between here and there, and the first time I ever drove a race car was at Ruapuna on South Island when there was a race school there.
“It is very different over there, the circuits are quite stop and go then have some really long straights, conventionally in Europe a Formula One car would have a good advantage, but Formula 5000 is their main category and they are the fastest cars in New Zealand. That is cool  they get good coverage and its treated a bit like the FIA F1 series over here, it’s proper series with teams doing everything the right way, and their motors are really powerful.
“They have some really good drivers and every time I have the opportunity to drive a race car against Kenny Smith I am smiling. It’s fantastic, he is still so sharp, right on the money in terms of pace and has such good clean racecraft. Every time I have gone down there we always seem to end up side-by-side at some point having a good scrap.
“For the Race of Champions we did there this year I was on the front of the grid in the McLaren rather than the Hesketh, we had a seal in the water pump just leak, and we had to airfreight a little jiffy bag over with new seals. I had a mega-battle with Kenny in that race, I normally took it away from myself as we lost the edge on the dog-ring so I was struggling a bit with gear changes.
“I took the lap record on the long circuit at Hampton Downs to match my short circuit record which was cool, and in the last weekend at Ruapuna which a really nice meeting. I got to drive an ex-Matt Neal Nissan Primera Super Touring car, I have driven a Volvo at Brands last year. Whenever I drive a touring car it always seems to be back-to-back with a Formula One race, and this time I jumped out of the F1 and straight into the Nissan, and promptly ran a bit wide on one of the quick corners on the opening lap!
“They had a few of the old legends V8 cars plus some Group A runners, which on a stop-and-go track with long straights – there was a Sierra Cosworth which would beat me into the first corner on almost every lap. They have a great heritage of historic saloons and they are building a great series out there.
“Everyone is so helpful out there, it’s wrong to call it low-key but that is how it feels, they want everyone on the grid and they help out. If you have any sort of issue everyone helps out and throws in what they can, people lend you an engine crane if you need one, all the sort of things you can’t squeeze into a container when travelling all that way.
“This year I will be out in the Williams FW07B, which has a nice new set of FIA papers. It has taken a lot of work, we had to have gearbox casings made and we will be out in the FIA Masters series, I am going to try to do the full series for the first time ever.
“The racing there is good with proper drivers in proper cars, Nick Padmore had a good run last year, you have Andy Wolfe coming back with his Tyrrell sorted and with full ground-effects and Loic Deman is pretty quick. The championship is going from strength to strength at the front, the cars are fun to drive and the way the later cars make their downforce means you can pass people.
“We nearly have our new ALD C91 Group C car ready but we are waiting on a gearbox, the priority was the Williams. We will get the car sorted, the chassis is there, the front end is there, but we need the gearbox to do the rear suspension, the whole back of the car effectively. We just want to do it right, not rush through it. I will do selected races in our Gebhardt C91, certainly doing the Silverstone Classic and I would really like to do Spa, we tested the car there last year and it was mega round there.”