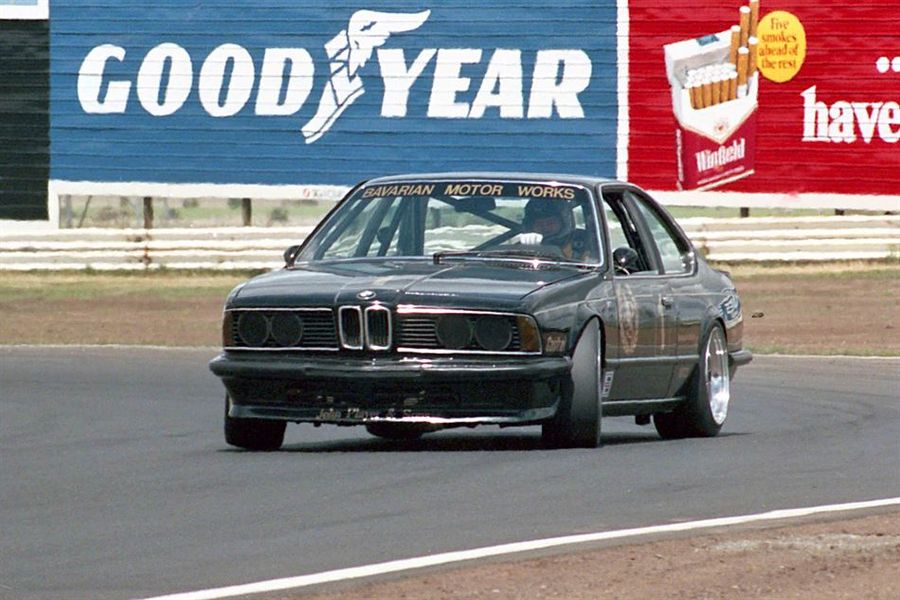 A record-matching entry of more than 540 historic touring, sports and open wheeler racing cars spanning eight decades has been received for the 27th annual Phillip Island Classic Festival of Motorsport. Staged from March 11th to the 13th on the spectacular Phillip Island Grand Prix circuit by Victorian Historic Racing Register, the event has attracted over-capacity fields for Touring Cars, Production Sports Cars and Historic Formula Ford open wheelers.
The record 58-races for (a record) 12-historic categories will be held from early afternoon on Friday March 11th, with the final event late on Sunday. Because of the huge entry, there will be no time for the circuit parades and demonstrations that have been a part of previous Phillip Island Classic FOM meetings.
Feature races will include a 10-lap event for Historic Touring Cars on Saturday afternoon and similar 10-lap sprints for ‘big banger’ sports cars and open wheelers on the Sunday afternoon.
“There will only be non-stop racing on Friday afternoon and 9 to 5 over the weekend,” said VHRR President Ian Tate.
Around 30-thundering V8-engined Formula 5000 racing cars are also expected to line up, while the Classic has attracted Formula 1 cars from the 1960s, 1970s and 1980s.
Meanwhile for Touring Car enthusiasts, this year’s event will have special meaning with Patron and four times Australian Champion Jim Richards racing an ex-JPS Team BMW in five separate capacity-grid Group C & A races.
To support the ‘100 Years of BMW’ celebration at Phillip Island, Richards will also bring his own ex-Team JPS M3 to the meeting  – a car he drove in the early rounds of the 1987 ATCC on his way to win his second title. Meanwhile Shannons may also display the ex-Neville Crichton BMW 635 JPS Team car that Richards also owns, but never actually raced, in the period.
This year’s ‘Classic’ will also be a ‘must see’ for open wheeler enthusiasts, with two famous Formula 1 cars with unique Australian connections coming ‘home’ from the UK – thanks to their current enthusiastic UK owners, Andrew and Margaret Wareing.
From the 1960s comes the works 1.5 litre BRM P261-5 that was raced by Graham Hill, Ritchie Ginther and Jackie Stewart in Formula 1 from 1964. Later, factory-fitted with a larger 2.0-litre V8 engine, the same car contested the 1965, 1966 and 1967 Tasman Championship in Australia and New Zealand with Stewart and Richard Attwood. Driven by Graham Hill, the car’s best F1 result was second in the 1964 French Grand Prix, while in 1966 it scored five race victories in the 1966 Tasman Series, with Stewart taking four of its race wins to clinch the eight-
The Wareings are also bringing their famous Williams FW06 to Phillip Island – the first car produced by the combination of Frank Williams and Patrick Head for their Williams Grand Prix Engineering Formula One team. Powered by a Cosworth DFV 3.0 litre V8 engine and driven by Australia’s Alan Jones, the FW06 competed as a lone Williams works entry in all 16 rounds of the 1978 FIA World Championship. It finished in the points three times, with Jones’ best result being second place in the US GP at Watkins Glen.
At the meeting, the BRM P261-5 will compete in Group M & O events for open wheelers from 1961-1970, where one of its main rivals will be another great F1 car of the 1960s – the 1968 2.5-litre Repco Brabham V8 of Victorian Peter Strauss.
Meanwhile, Wareing will also race the FW06/03 at Phillip Island in the Q & R events for racing cars built from 1970-1985. Here, its principal F1 rivals will be the 1971 March 741 to be raced by four times Australian Champion, John Bowe and the 1985 ex-works Lola 1.5 Turbo of Sydney’s Iain Ross.
The open wheeler programme at this year’s ‘Classic’ will also see a near- record number of Formula 5000 racing cars compete over the event’s three-day programme.
The 27th Phillip Island Classic Festival of Motorsport is being staged by the Victorian Historic Racing Register with continued support from Penrite, Shannons and CoolDrive and Repco.
Phillip Island Grand Prix circuit 27th annual Phillip Island Classic Festival of Motorsport Touring Cars Production Sports Cars Historic Formula Ford Victorian Historic Racing Register