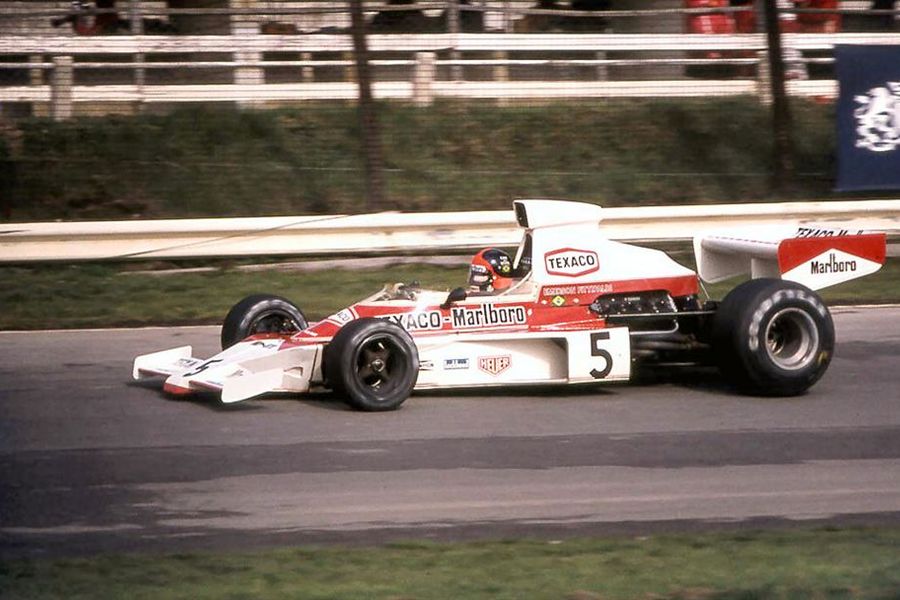 McLaren ambassador Mika Häkkinen will delight fans when he gets behind the wheel of Emerson Fittipaldi’s 1974 world championship-winning McLaren M23 at the Rolex Monterey Motorsports Reunion on August 17th-20th. Häkkinen is filling in for Jenson Button, who was originally slated to drive the McLaren M23.
"The Flying Finn," 48, drove 130 Grands Prix for the McLaren team between 1993 and 2001, winning 20 of them, and taking two Drivers’ World Championship titles (1998 and 1999). Häkkinen’s on-track battles against Ferrari’s Michael Schumacher have become part of Formula 1 folklore, and Häkkinen therefore endures as one of the sport’s most iconic, ironic, laconic and popular superstars.
The event, held at the similarly iconic Mazda Raceway Laguna Seca, represents all that is good and glorious about classic motorsport, with more than 550 historic entries on the race card for the weekend. Häkkinen is scheduled to make a pair of 15-minute exhibitions each day that will begin on Friday, August 18th, at 12:50 p.m. and 5:15 p.m. and Saturday, August 19 at 12:30 p.m. and 3:50 p.m.
“Though we were looking forward to having Jenson Button at the Rolex Monterey Motorsports Reunion, we are delighted that a driver of Mika’s caliber is able to take his place,” said Gill Campbell, Senior Vice President of Event Operations at Mazda Raceway Laguna Seca. “Formula 1 is the pinnacle of racing advancement, and Mika will be able to showcase a car with great racing history during his spirited exhibition laps. Fans will surely enjoy the link between past and present during the exhibitions and throughout the event. Thank you to McLaren for making this happen.”
The McLaren-Ford M23 contested 80 grands prix between 1973 and 1978, winning 16 grands prix and three world championships (1974 drivers’ and constructors’; 1976 drivers’).
This year’s Rolex Monterey Motorsports Reunion honors the 60th anniversary of Mazda Raceway Laguna Seca as well as recognizing the Diamond Jubilee of Formula Junior and the 70th anniversary of Ferrari. The Rolex Monterey Motorsports Reunion has matured over the decades to become much more than a showcase of exemplary historic and period-correct cars racing at an iconic venue. It is a lifestyle experience where like-minded premium brands assemble to celebrate motoring’s finest cars with enthusiastic collectors, racers, fans, and journalists.