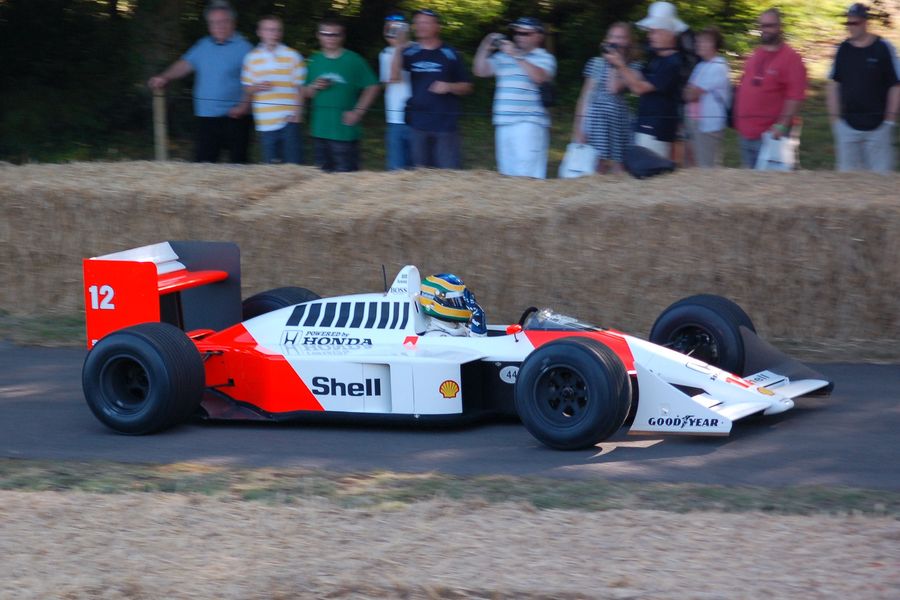 Honda have today announced details of their presence at this year’s Goodwood Festival of Speed and in addition to their large stand, will will focus on their move towards electric vehicles, they are bringing just a few of their competition vehicles along.

Making the journey from Japan is a McLaren MP4/4, the model raced by the team in 1988 which in the hands of Alain Prost and Ayrton Senna won 15 of the 16 races that year. Powered by a 1.5 litre V6 Honda engine, the car was the dominant force in the final season of the turbo era and gave Senna his first championship win.

Six MP4/4s were built, with chassis number five owned now by Honda, this the car used by Senna to win the British, German, Hungarian and Belgian Grand Prix. Honda brought it to Goodwood in 2014 where it was driven by Takuya Izawa.

From their large table of successful competition motor bikes, Honda will have a 1959 RC142 and the 1989 NSR500 on show, with five-time 500cc World Champion Mick Doohan riding the latter.