HSCC to Provide Home for Midgets and Sprites 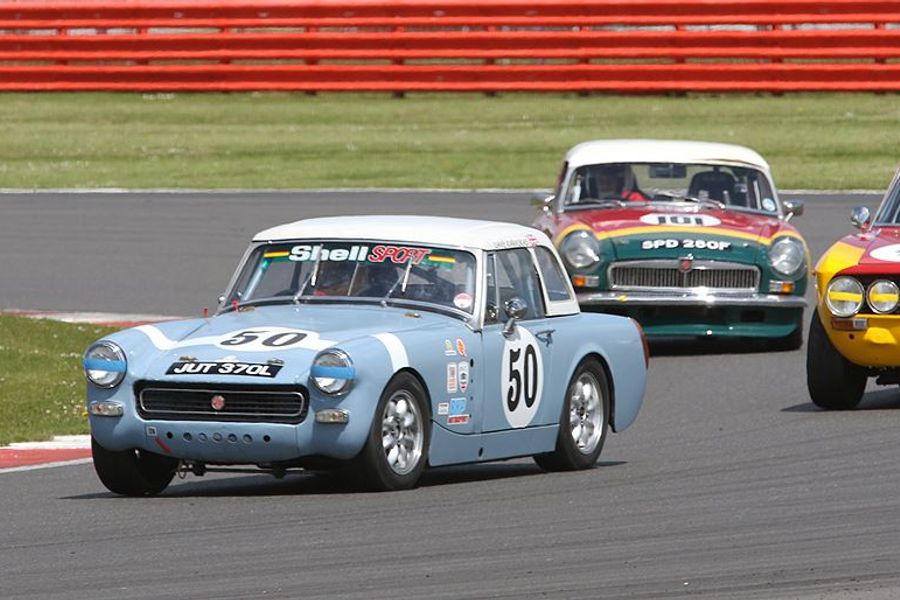 A new initiative within the Historic Sports Car Club’s 70s Road Sports Championship is being launched for Austin Healey Sprites and MG Midgets. In 2019 the Austin Healey and MG Cup will run within the 70s Road Sports Championship in a bid to encourage more of these cars to compete at an affordable level, particularly in the hands of newcomers to racing.

Both 1275cc and 1493cc cars are eligible. Base cars, particularly 1493cc versions, are available at reasonable prices as a platform from which to build a car and have sensible running costs. “Whilst they are unlikely to be at the front end of a 70s Roadsports grid, they are great fun to drive and perfectly capable of giving larger engined cars a hard time,” said prime mover Ted Oday.

“The idea is to encourage those thinking about having a go for the first time or maybe those coming back into racing after a break. They can have a championship to aim at which falls within the more affordable end of historic racing.”

The Cup will be a sub-class within the small-engined category of the overall championship. Whilst the majority of the rules and regulations are in line with the main championship, there are some modifications aimed at reducing the potential costs to competitors and simplifying the build process. Cars will also be eligible for Class E of the 70s Roadsports Championship.

The mechanical and suspension configurations defined are virtually identical to that of the MG Midget-based Arkley SS that has regularly won its class and finished second overall in the 2017 championship, so it is a proven quantity.

No Cup rounds will require higher than a national B status licence. In the event of any 70s Road Sports Championship rounds requiring higher than this, they will not count towards the Cup. However, this does not stop Cup competitors entering any higher status events if they have the correct licence. Cup competitors will also be eligible for the overall 70s Road Sports Championship.