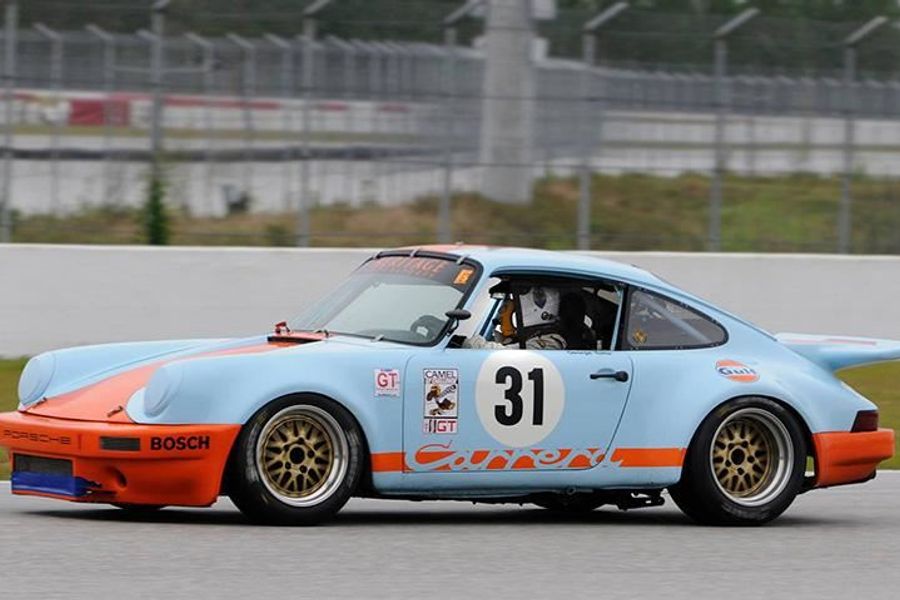 George Tuma, Historic Sportscar Racing LLC owner and an industry leader, competitor and friend of all in vintage and historic racing, passed away Sunday night surrounded by family and loved ones at his home in Germany.

George and his friend and business partner, David Hinton, acquired majority ownership of HSR in 2012 and were later joined in the ownership group in 2015 by Jim Pace.

His move into motorsports governing body ownership followed several seasons of racing in HSR during which George became a respected competitor and friend of all in the paddock.

George's love for historic and vintage racing came from a lifelong passion for motorsports that took root in his native Europe and stayed with him in an eventual move to the U.S.

In the six years George and David have managed HSR, the organization has grown with the biggest editions of the Classic Motorsports Mitty in the event's 40-year history and the introduction of the instantly successful HSR Classic 24 Hour at Daytona and HSR Classic 12 Hour at Sebring, among other achievements.

Although he preferred more of a behind-the-scenes role, relying on David to fill the more public duties of HSR President, George's keen business sense and vision were at the foundation of HSR's success and achievements over the last six years.

"All of us at HSR are devastated by the loss of our friend, colleague and leader," Hinton said. "What HSR is today quite simply would not exist without George, and it is no exaggeration to say it will never be the same without him. The more time you spent with George the more you saw his true enthusiasm for racing, and historic racing in particular. His love for the sport, sharp business sense and always straightforward demeanor were what led me to first discussing the possibility of running HSR with him when the opportunity came around.

"Always in the background, George never-the-less kept a close eye on things. He trusted us to run HSR while also letting us know if we were not on the right path. We took on the daunting challenge of starting two new major events, the HSR Classics at Daytona and Sebring, and both became instantly popular on a global scale and 'must-do' events for competitors and race fans around the world.

“George and Stella made lasting contributions to not only HSR but the greater historic and vintage motorsports industry in total that will now become his legacy. We can't thank George enough for his support, trust, friendship and courage, and I hope at some point, when the shock and sorrow subsides, that we can all remember him with a smile like the one he always had for everyone in the paddock on race weekends. Our sincerest condolences go out to all of George's family and friends around the world. Rest in peace my friend."

A celebration of life in memory of George will be held at the fourth edition of the Classic 24 Hour at Daytona, which is scheduled for this November 7 - 11 at Daytona International Speedway. Exact details and additional information will be made available in the coming weeks.