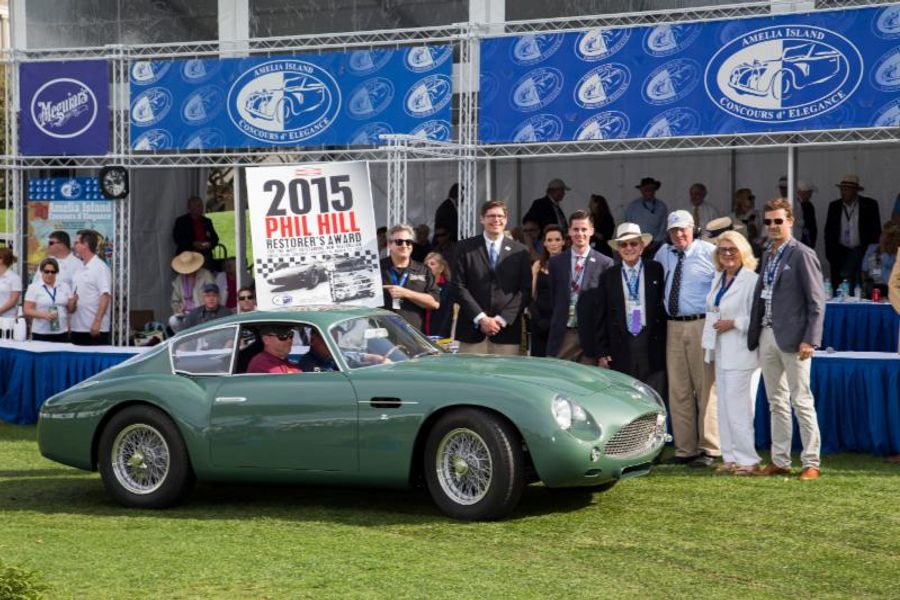 On the second weekend of March 27 fresh restorations will compete for the Amelia Island Concours d’Elegance’s CRAFTSMAN /Phil Hill Restorers Award. They will be presented to the best new restoration for a production car and for a sports/race car never before submitted for judging in a concours d’elegance, with the all-important judging exclusively live streamed by HistoricRacingNews.com and our Presentation Partner Reliable Carriers from noon on Sunday March 10th.

“We’re always searching, trying to get the best rare, interesting and special cars for The Amelia; cars that have never been shown before,” said Bill Warner, founder and Chairman of the Amelia Island Concours d’Elegance. “We want to honor the people, the artisans, who did the actual restoration. That’s why it’s named for Phil.”

Before Hill won Pebble Beach’s Best of Show with his family’s Pierce-Arrow 41 LeBaron Convertible Town Cabriolet in 1955 the typical concours field was composed of new cars. It was a custom dating to the Parisian concours d’elegance that thrived between the wars. Phil Hill and his Pierce-Arrow changed that overnight.

“When Phil was our Amelia honoree in 1997 it wasn’t just for his legendary racing accomplishments,” said Warner. "Hill has his own page in the history books as America’s first Formula 1 World Champion and the only racer to win the world title and the 24 Hours of Le Mans in the same year. He was also a gifted mechanic and restorer who understood and believed the edict of five-time World Champion Juan Fangio, “Victory begins in the garage.”