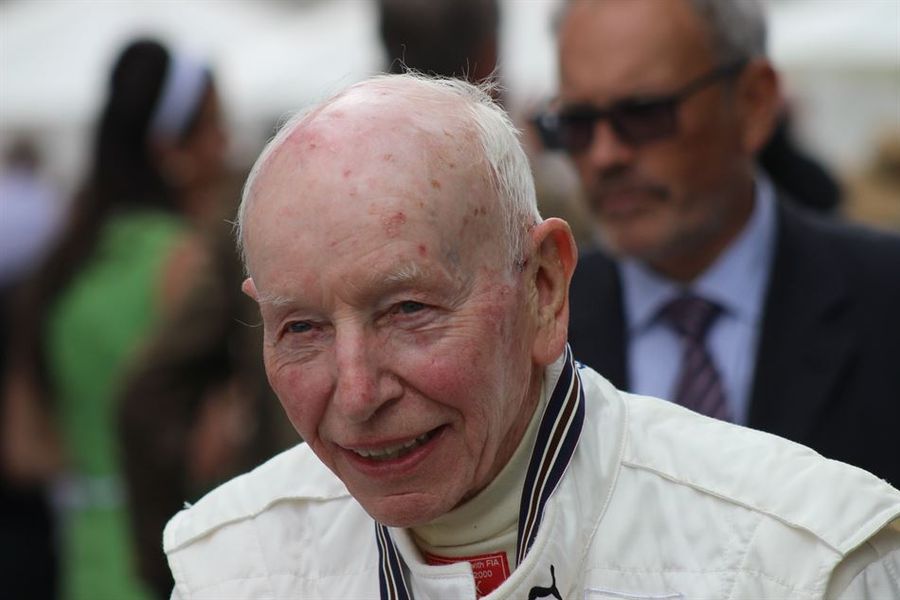 Like many we were saddened but the news that John Surtess MBE, OBE and CBE had died aged 83 in St George’s Hospital in London. WE look back at the career of a man who will always be remembered for being a world champion in both motorcycle and car racing, though he was always competitive in any race situation and a keen engineer and technical innovator.
Like many from that period John Surtees was born into the trade - his father was a motorcycle dealer and it was in that sphere that the teenage Surtees made his name. Geoff Duke was the man to beat on bikes at the time, but at Thruxton in 1951 a teenage Surtees ran him close in both the 500cc and 1000cc races and was noted as a rider to watch – he even crewed for his father in the event’s sidecar race!
Coming to dominate the British race scene, he had his first factory ride for Norton in 1055, winning 68 UK races out of 75 outings. He also raced abroad and raced in the Grand Prix at Monza and the Nurburgring.
His first option for 1956 was to stay with Norton but company politics out paid to that and he started an association with MV Agusta. A run of wins started, his season then hampered by a crash at the German Solitude circuit that left him hospitalised. The injuries cost Surtees the 350cc title, but from his hospital bed he received word of the result of the Ulster GP that made him that year’s 500cc champion.
His 1957 season was blighted by engine issues, but from 1958 to the 1960 he was in imperious form, winning the 350cc and 500cc world titles.
A move to cars saw him in Formula One for 1960 racing a Lotus 18 and taking second in July’s British GP, combining Formula One with Formula Two and Formula Junior outings. A seat with Lotus for 1961 fell through after contract negotiations with Colin Chapmen fell through, and over the next two season outings in a Cooper T53 yielded little in championship results but showed enough for Ferrari to offer a drive for 1963.
He took their V8 156 to a win and fastest lap at the Nurburgring and podiums at Zandvoort and SIlverstone, but 1964 in the new 158 was to be his year. Despite four retirements, with the best six finishes counting two wins, three seconds and a third was enough to beat Graham Hill by a point and take the Formula One title.
The V8 158 was successful early in 1965 but the team’s new V12 engine proved troublesome when introduced. His season was cut short by a big accident in Canada in September in a Lola T70 – ironically when trying his team-mate’s car – which left his seeing out the season in hospital with back injuries.
Back for 1966, he left Ferrari mid-season despite having won the Belgian Grand Prix, going on to take second at the German GP and win in Mexico in a Cooper-Maserati. With sportscars wins including the Monza 1000km (for Ferrari before the split) it showed that Surtees was back to his best after the previous year’s accident.
Always a man for a technical challenge Surtees joined the fledgling Honda team for their Formula One, and worked hard to develop their car and taking a win at the Italian GP thou
gh only after Lola involvement on the car’s chassis. That proved to be last of his six Grand Prix wins from 111 starts, subsequent seasons with Honda, BRM and then his own Surtees chassis seeing just three podium finishes before his final race 1972.
In his retirement Surtees was initially again involved in motorcycling but came back into racing as head of the British team in the A1 GP series, then in junior series as his son Henry in turn took up racing. The death of Henry in a Formula Two race at Brands Hatch in 2009 his Surtees hard, and he devoted his undiminished energies to the Henry Surtees Foundation, raising money for medical causes.
Surtees’s achievements in winning world titles across such different high-profile disciplines will most likely never be repeated, but it is also worth bearing in mind that he was competitive in pretty much whatever discipline he raced in, from small calibre bikes up to championship level sportscars. His like will most likely not be seen again.
Martin Brundle spoke for many with this post on Twitter: Rest in Peace John Surtees, a great champion in every respect. Sadly he’ll never get the Knighthood he deserved. Condolences to the family.
Honda Surtees Ferrari John Surtees Formula One